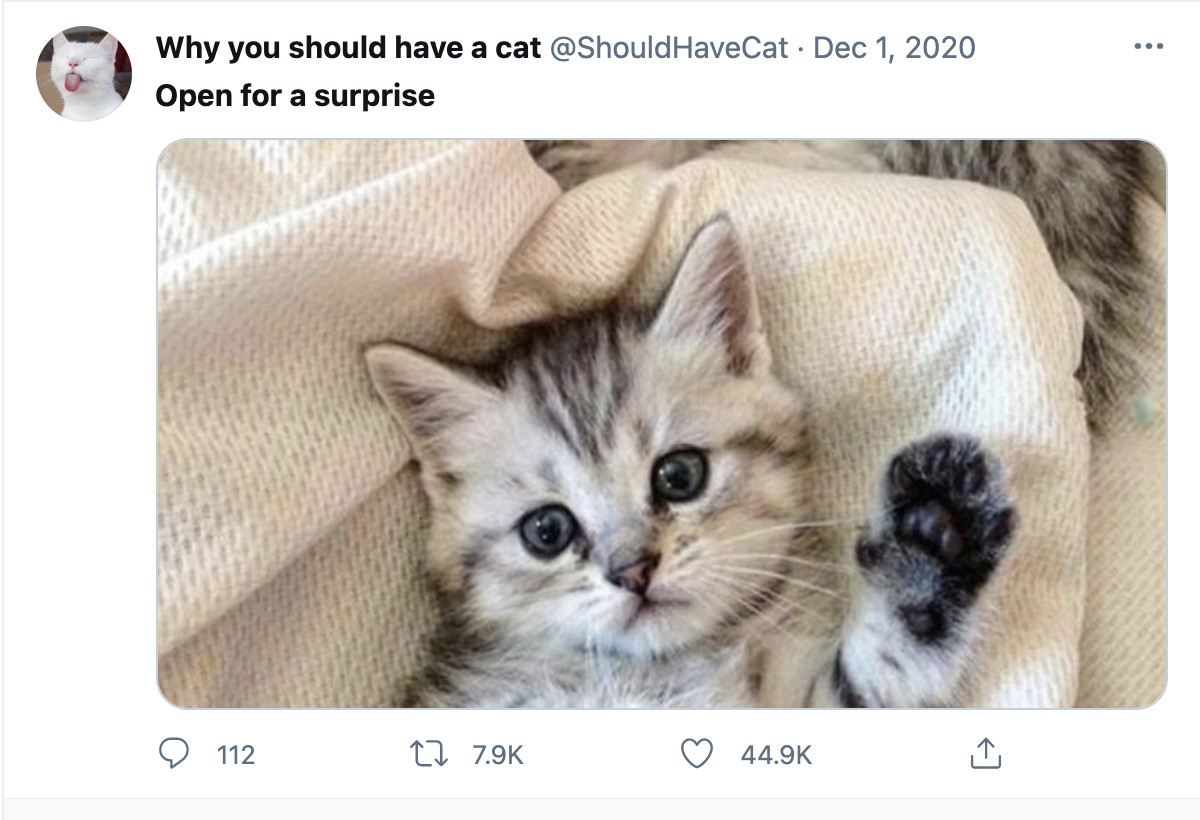 
Twitter recently made a small but striking change to its interface: It changed the aspect ratio of cropped images on users mobile feeds, meaning many photos that would usually be cropped can now be displayed in their entirety.

The sudden shift one among a slew of changes Twitter began testing in March gave many people the impression that the social media site had done away with automatic image cropping overnight. (In actuality, the old cropping ratio is still in effect on desktop browsers, and cropping is still happening on mobile but in a different ratio.) Once users started noticing, celebrations ensued, with an outpouring of art-sharing, meme-making, and gentle ribbing. The response provides an interesting lesson in how we use social media and why such unexpected changes often become opportunities for vital community building.

Welcome to the vertical art party!

Two of the fundamental truths about modern social media is that every platform has its own quirks, and that different communities of users evolve and transform these characteristics in a way that makes each platform unique. Whether theyre well-liked, core features (such as Twitters overall brevity) or inconveniences users must work around (like Twitters lack of an edit button), its how a platforms users respond to and incorporate these traits into their daily lives that matters.

On Tumblr, for example, users evolved the gifset, a bundle of interlocking animated images that tell a story and could really only exist as a creative entity on Tumblr. On Vine, the fact a video could only be six seconds long became the linchpin of the entire platform, spawning a new medium of microvideos that continue to shape internet culture. One of TikToks defining qualities is the ability to reuse audio from someone elses videos; while lots of sites enable remixes, TikTok users, building off earlier apps such as Musical.ly (which merged with TikTok in 2018), routinely utilize each others original art as the basis for glorious strings of duets, virtual choirs, and other vocal creations.

Less popular features and quirks can reliably unite an entire community in complaining. On Twitter, users have spent years lobbying for an image crop that works correctly.

Twitter began to crop photos around 2014, when it introduced different default aspect ratios for users to apply to their own photos during uploading. At one point in 2015, it announced it would completely do away with image cropping; it later reneged on that decision, and by 2018 it was using AI image detection to automatically crop the images people added to their tweets, much to their chagrin.

Until this recent change, the auto-crop feature typically forced all images, regardless of size and original framing, into a landscape orientation, often trimming photos in unpredictable and sometimes nonsensical ways. The desire to circumvent the Twitter crop grew so strong that elaborate tutorials emerged explaining exactly how to crop and display images so theyd show in their entirety without being placed on the algorithmic chopping block.

Another way Twitter users evolved and adapted to the crop is the open for a surprise! meme, where they strategically post photos (knowing Twitter will crop out the best parts) and invite others to click on the full version for a surprise. For example:

With the Twitter crop thoroughly established as a source of both endless hilarity and petty annoyance, the change in aspect ratios quickly became cause for celebration. While some users understandably mourned the hit to the open for a surprise! meme, conversation about the new image crop spread across the platform, with trends like RIP Twitter crop and #VerticalArtParty gaining traction.

This one is an old pencil piece of mine. I misspelled my last name on it because I finished it after an all nighter. pic.twitter.com/oXTLe635fZ

To be clear, the site hasnt actually done away with the crop; its merely changed the aspect ratio, meaning awkward crops can still happen.

Or maybe, depending on your point of view, its still a fun gift:

And because the new crop ratio still applies only to mobile and not laptop browsers right now, the issue of presentation is still a source of frustration for many artists. For example:

People have already started updating their image guidelines, which are very important to visual artists who use Twitter, to accommodate the new crop ratio. It is unclear whether the recent change is permanent, whether more changes are forthcoming, or when, if ever, the new ratio will be applied to desktop browsers. Still, theres another crucial reason to celebrate the change.

Twitters automatic image-crop function is supposed to algorithmically detect the subject of a photo before cropping it. But its AIs judgment is often revealing.

Sometime the results are funny. Consider this photo of Untamed star Xiao Zhan walking away from the camera, which the algorithm cropped very pointedly:

But as some users have periodically pointed out, there are very serious biases at work in the autofocus algorithm Twitter uses: Like many other algorithms, it has a tendency to be racist. People began noticing and testing how it worked in September 2020, and they repeatedly demonstrated that the algorithm defaulted to showing white people over Black people.

The tweet below shows Twitters algorithm automatically cropped two images to display the lighter-skinned person, each time in instances where theyre displayed at opposite ends of a photo shot in portrait orientation:

Here are the original, uncropped images from that tweet:

Twitter automatically focused on the lighter-skinned man in both photos.

In response to tweets calling out these examples of racial bias, a Twitter spokesperson apologized and promised the site would keep hacking away at the algorithm, noting, Its clear from these examples that weve got more analysis to do.

The newly revised crop ratio seems to be a direct result of Twitters promise to work on finding a solution, as many users were quick to speculate.

Hey, do you think twitter removing crop was because it took them 6 months to try fixing the old crop’s racism problem and finally went “fuck it, can’t crop out Black faces if you don’t crop in the first place”

Its unclear whether the new crop ratio has actually addressed the issue of automatic detection bias. Different users are reportedly seeing different results when uploading older images meant to test the algorithm.

What were left with, then, is a platform thats flawed but also in flux and its when Twitter is in flux that we get glimpses of what really knits an internet community together.

I didnt realize the twitter crop was a point of contention for so many people.

Its not really surprising that so many people care so deeply about the Twitter crop, if you think about the platform not as a bunch of code but as a village. The inhabitants of that village all have their specific gripes about village life but sharing those gripes and occasional joys with their neighbors is part of what makes the village feel like home.

You dont have to be an artist or a photographer to appreciate that when thousands of artists flood Twitters virtual streets with outpourings of creativity, all in response to a relatively banal code change, its not really about a couple of extra pixels. Sure, its partly about the satisfaction of being able to post tall images, but its also about everyone experiencing the same change and having something to celebrate together.

This shared collectivity undergirds much of the internet. For better or worse, the desire to do what everyone else is doing is a key motivating factor behind the spread of memes: You see someone making a meme, you want to make a version of the meme, and the meme spreads.

This principle usually doesnt apply to coding changes on a social media platform, but perhaps it should. As I said above, internet communities build themselves around each platforms individual quirks and uniqueness. So when those things change, the community enters a moment of flux where it can choose how to react. Will it respond with backlash, a flurry of complaints, a mass exodus? Or will the community adjust and adapt?

In the case of Twitters new crop ratio on mobile, people found an opportunity for communion, a rare event in an era of increasingly polarized social media discourse. More pixels showing up on peoples phone screens became a way to find connection and to showcase gorgeous art, of course.

Twitter is an ephemeral platform, with continuity and consensus sustained by retweets, hashtags, and memes. While not typically a repository of nuanced cultural debate, the site frequently yields great beauty, whether through viral pet videos, stunning photography, or mesmerizing artwork.

Its significant that many Twitter users rallied around an updated image crop as an example of positive change: Even when the sites community cant agree on anything else, it can generally agree that more art and creativity is a good thing. The new ability to better showcase that art and creativity is an unexpected win for us all.