This year, all year,HBO Max is streamingWarner Bros.’ new, theatrically released moviesat no extra charge the same day each film hits US cinemas. The latest ones:Mortal Kombat, which will stream until May 23, andThose Who Wish Me Dead, a neo-Western thriller starring Angelina Jolie that landed early Friday. But don’t come to Max looking for Spiral — the horror flick starring Chris Rock was made by a different studio and isn’t available to stream here.

Unfortunately, HBO Max haskilled its weeklong free trial. That means if you want to stream its originals or any of the Warner Bros. movies on its 2021 slate — including In the Heights,Matrix 4orDunelater this year — you’ll either need to pay directly for a Max subscription or figure out if your regular HBO subscription includes a free upgrade to a Max account.

A cheaper version ofHBO Maxis coming. The service plans to launch a less expensive, ad-supported tierin the US sometime in June, adding commercials to its programming in exchange for a discount to its now $15-a-month subscription price. Though parent companyAT&T hasn’t specified the price of this cheaper tier yet, it reportedly will be $10 a month. The new tier is missing a big draw, however: The cheaper, ad-supported subscription won’thave any of those new Warner Bros. movies. If you want to stream those films, you have to subscribe to the pricier, ad-free level.

How long are Mortal Kombat and Those Who Wish Me Dead available to stream?

Is Spiral available to stream on HBO Max?

Which Warner Bros. movies will stream on HBO Max this year? When are their release dates?

Warner Bros.’ 2021 movies are set to hit theaters and HBO Max on the following release dates:

All these titles will be available on HBO Max the same day they hit theaters in the US.

Any title listed with a “TBD” doesn’t have a confirmed release date yet, but it’s placed on the list in loose chronological order for when it’s expected to come out.

But it looks like 2021 will be the only year for this phenomenon of streaming new big-screen movies on HBO Max as soon they hit theaters. Warner Bros.’ recent deals with theaters suggest this so-called “day-and-date” release strategy — when a movie premieres in theaters and on HBO Max on the same day — won’t continue into 2022. For example, Warner Bros.’ deal with Regal Cinema’s parent company arranged for a 45-day theaters-only “window” starting in 2022, which means theaters will get at least a month and a half to screen new movies without any competition from a streaming service.

What time do new Warner Bros. movies arrive? When do they disappear?

Generally, most of the new Warner Bros. movies become available to stream on Max at 12:01 a.m. PT/3:01 a.m. ET on the day of their release. But the timing for other movies may vary, depending on when the first cinematic screenings take place at theaters. Wonder Woman 1984, for example, became available at 9 a.m. PT/noon ET on Dec. 25 because that was the earliest theaters were open that day.

The movies will be available to stream on HBO Max for 31 days. They’re generally expected to be removed from the service at 11:59 p.m. PT on that 31st day.

All Warner Bros. movies released in this “hybrid” model on HBO Max will be available to watch in 4K Ultra HD resolution and HDR image quality, even though those formats aren’t yet standard for the full Max library.

Does it cost extra to watch these new theatrical movies on HBO Max?

No. Everything on Warner Bros.’ 2021 slate of new movies will be available on HBO Max at no added cost to subscribers — in other words, feels like free. Since HBO Max doesn’t have a free trial, you’ll either need to sign up with a paying membership or upgrade an existing HBO subscription to include Max.

If you already have HBO from a TV provider or a tech company, or you paid for HBO Now, you may be able to upgrade to Max at no added cost — it depends whether HBO Max has struck a deal with your specific provider. And some AT&T customers have deals to get Max included in their service plans. See the section on “How do I get HBO Max if I already pay for HBO?” for more details.

When does the Friends reunion special come out?

The special, which reunites the cast to reflect on the sitcom, will premiere on May 27. Typically, new titles land on Max at 12:01 a.m. PT/3:01 a.m. ET on the day of their release.

Not anymore. HBO Max eliminated its standardone-week free trialin December. But it does occasionally offer promotions and bundling deals. (See the next section.)

Do I get HBO Max ‘free’ if I already have regular HBO?

If you previously paid for an HBO streaming subscription through Roku (that is, through The Roku Channel), you need tocancel that subscriptionand then sign up for HBO Max itself to be able to access Max.

How much does HBO Max cost?

HBO Max is $15 a month. It doesn’t have a free trial, but the company occasionally offers discounts if you prepay for an extended period of time. For example, before launch, people who preordered the service at HBOMax.com unlocked a discount deal that lowered the price to $13 a month for the first year. Some customers can also hunt out specialized free trials, sometimes linked to the purchase of a television or other tech product.

AT&T, the parent company of both HBO Max and Warner Bros., is also offering a complicated matrix of promos for HBO Max for its own customers. Some AT&T customers get Max at no extra cost, while others qualify for a one-month, three-month or one-year free trial. Your best shot at figuring out whether you qualify is to check your account or the myAT&T app, but CNET also lists AT&T’s qualification terms for itsHBO Max promos.

A cheaper tier with advertising is on the way.HBO Max will launch a lower-priced, ad-supportedversion in June. The company hasn’t set a price yet for this cheaper tier. And this lower-priced level has a major limitation: It won’t include any of the brand-new Warner Bros. movies. If you want to stream any of them when they first hit theaters, you’ll have to be on the costlier, ad-free subscription.

Compared with rival streaming services, HBO Max’s $15-a-month pricing may feel steep. Disney Plus is $7 a month, going up to $8 a month in March; andApple TV Plusis $5, though it keeps extending free trials for anyone who’s bought a new Apple gadget. But HBO Max’s price is close toNetflix’smost popular plan, which is $14.

Shows and movies: What else can I watch?

Generally, HBO Max includes all the shows and movies on HBO, plus a selection of high-profile licensed content, like Friends, The Big Bang Theory, Rick & Morty and South Park. It layersexclusive original programmingon top of that. And all of Warner Bros. 2021 theatrical movies will be released on Max the same day as they hit cinemas, available to stream for 31 days at no extra cost.

Now that the service is live, an easy way to see what’s available without signing up is third-party catalog search services likeReelgood.

The simplest part of the catalog to understand is HBO itself. HBO Max includes everything on regular HBO, so that means all the theatrical movies that come and go from the channel; new episodes from all HBO series, like Euphoria and Last Week Tonight With John Oliver; and the past seasons of those programs as well as the full HBO back catalog, like Game of Thrones, Silicon Valley, Veep and The Wire; plus all of HBO’s original films, documentaries and specials.

Movies are a crucial part of the catalog. And any movie that’s available to watch on the traditional HBO network will also be available to stream on HBO Max.

Beyond that, HBO Max has padded itself with more content than you’ll find on regular HBO, for basically the same price. The service has been pouring billions of dollars into its budgets for original programming and into expensive deals to stream titles fromDC,Studio Ghibliand theCriterion Collection, as well as popular shows likeFriends,South Park,The Big Bang Theory,Rick and Morty,Doctor Whoand new episodes ofAdventure Time.

The service’s Max Originals also offer new, exclusive shows and movies. Some of the most popular Max originals so far:Justice League Snyder Cut, which was released in March;The Flight Attendant, a comedic thriller series starring Kaley Cuoco;Raised by Wolves, a sci-fi series from famed filmmaker Ridley Scott; and The Witches, a reboot of the classic Roald Dahl book and 1990 film, starring Octavia Spencer and Anne Hathaway.

HBO Max also has podcasts in its library linked to its programming, along the lines of last year’spodcast companion to the miniseries Chernobyl. Raised by Wolves, for example, has a podcast available now on Max.

The simplest way to get HBO Max is to sign up for it directly athbomax.com.

Through Google, HBO Max has an app for Android phones and tablets in the Google Play store, and you’ll be able to sign up inside the app with an in-app purchase. You’ll also be able to stream HBO Max on Android TV, Chromebook and Google Chromecast. If you previously subscribed to HBO Now through Google Play, you’re automatically able to log in to HBO Max at no additional charge, and you’ll continue to be billed through Google. And YouTube TV, the streaming pay-TV service operated by Google’s YouTube, will also carry HBO Max.

Roku also allows people to sign up for HBO Max directly on its devices using its payment system, Roku Pay. And people with Samsung Smart TVs that support the HBO Max app can sign up directly there too.

HBO Max is available on a variety of devices.

When will HBO Max launch elsewhere?

After that, the HBO-branded streaming services in Europe — including the Nordics, Spain, Central Europe, and Portugal — are scheduled to be upgraded to HBO Max later this year.

What product features does HBO Max have?

In a long-anticipated feature for anyone who previously used HBO Go, HBO Max has downloads for its mobile apps.

HBO Max allows you to stream to three different devices simultaneously. By comparison, Disney Plus allows four simultaneous streams, and Netflix allows between one and four depending on how much you pay each month.

You can also create up to five profiles to keep recommendations separate for different members of the household, and it also has kid accounts that are unlocked by entering a PIN. These parental controls allow moms and dads to set the maturity levels of the programming each kids’ profile can access, based on ratings like PG and TV-14.

Another missing element:HBO Max doesn’t offer 4K resolution norhigh dynamic rangeimage quality for most of its catalog. The exception is all the theatrical movies that Warner Bros. is releasing on HBO Max the same day as cinemas; all those films will be available in 4K Ultra HD and HDR. 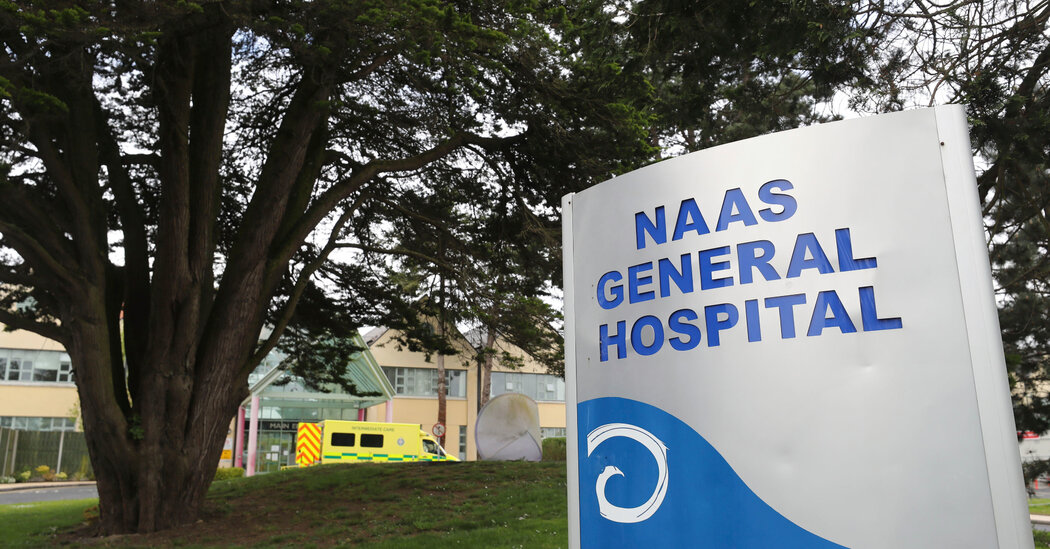 Irish Hospitals Are Latest to Be Hit by Ransomware Attacks

Should You Use a Monorepo? Apple’s new iMac proves it’s an M1 world, and we just live in it