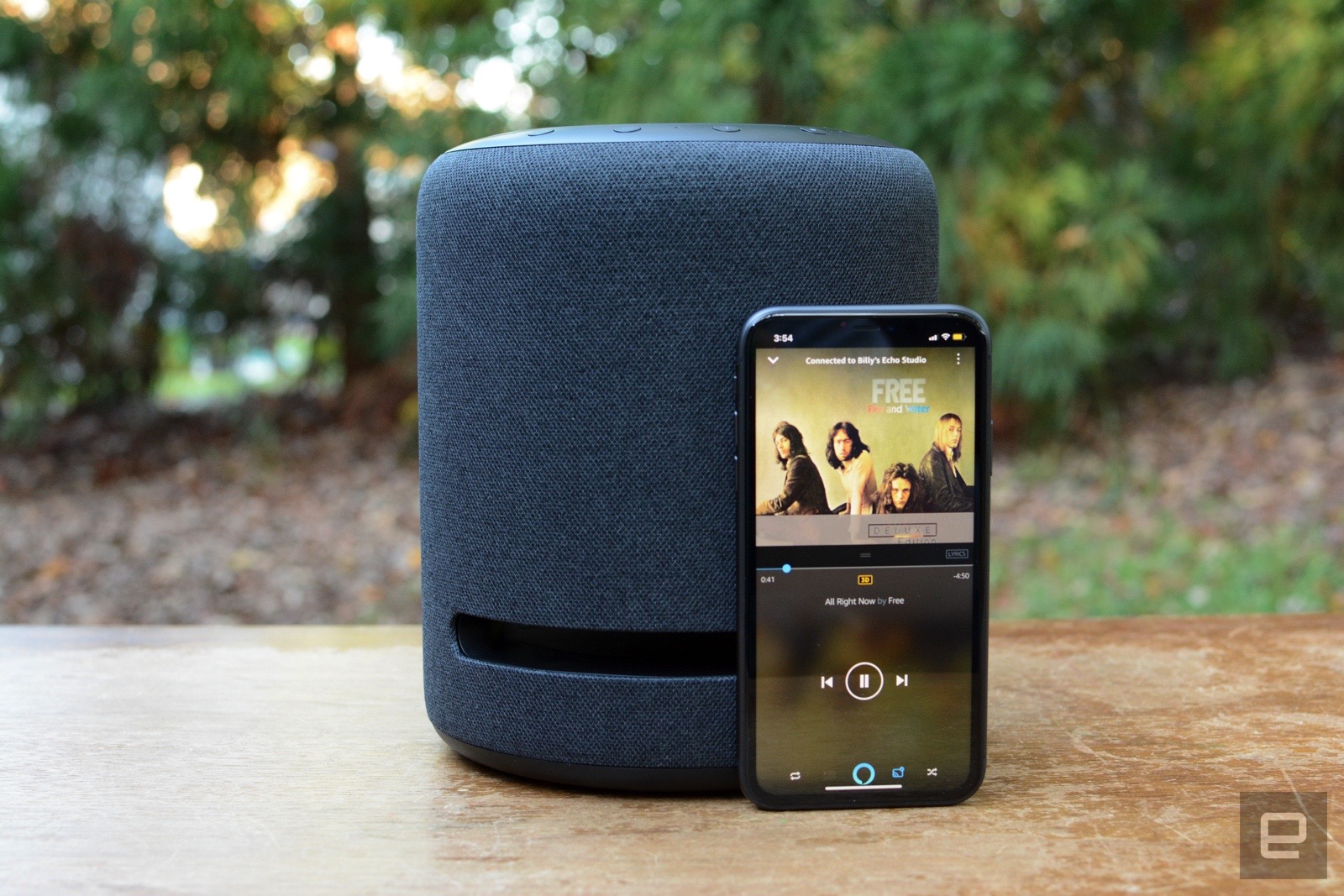 
The high-fidelity music streaming battle has suddenly gotten much more intense. Around the same time Apple Music announced a lossless streaming option, Amazon made its Music HD plan available to Music Unlimited subscribers at no extra cost starting today in the US, UK, Germany, Canada, France, Italy and Spain.

Music Unlimited members in those countries now have access to more than 70 million songs in high definition, more than 7 million in Ultra HD and a rapidly-growing catalog of 3D Audio, including songs mixed in Dolby Atmos and Sony 360RA, according to Amazon. The lossless HD songs have a bit depth of 16 bits and a CD quality sample rate of 44.1kHz. Ultra HD streaming, meanwhile, has a bit depth of 24 bits and a sample rate up to 192kHz.

The announcement puts Amazon and Apple on a level playing field when it comes to HD music streaming pricing. Apple also announced on Monday that it will bring lossless audio and spatial audio with Dolby Atmos to subscribers next month at no extra cost. Apple Music is $10 per month for individuals or $15/month for a family plan.

Amazon introduced Music HD in September 2019 for $5 per month less than other lossless music streaming plans. Deezer and Qobuz lowered their hi-res subscriptions to $15/month to match Amazon while Tidal kept its HIFi service at $20/month. It remains to be seen whether other platforms will match Amazon and Apples HD pricing. Spotify said in February it will roll out its HiFi plan in “select markets” this year, but didn’t confirm pricing at the time.