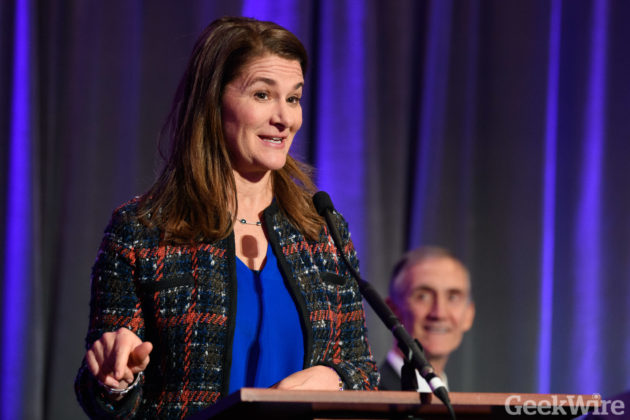 
Melinda French Gates created Pivotal Ventures in January 2015 with so little fanfare thatnews of the effort came out after GeekWire accidentally stumbled upon its website. At the time, a spokesperson for the Kirkland, Wash.-based company described it as a vehicle, when the time comes, to help explore potential other initiatives that dont fit naturally or neatly within the [Bill & Melinda Gates Foundations] program areas.

It seems that time may have come.

Following her split with Microsoft co-founder Bill Gates, observers are now eager to see where French Gates will take Pivotal, an organization promoting initiatives that empower women and families. Given her resources, drive and expertise, French Gates who revived her maiden name in the wake of the divorce announcement earlier this month could be a game-changing force in female-focused venture capital and philanthropic efforts.

There is so much research about how difficult it is for women to raise funding for venture capital, saidEmily Cox Pahnke, an associate professor with the University of Washingtons Foster School of Business.

What Pivotal could potentially do is shift the calculus where its not a liability to be a female, she said. That has transformational potential.

When the teams of divorce lawyers are donedivvying up the almost unimaginable wealth acquired by the Gateses during their 27-year marriage, both will walk away with tremendous sums. One cant split $146 billion, using some measure of fairness, without that being the case.

And while the couple says theyll continue working peaceably at the Gates Foundation, their roles unchanged at what many call the worlds most important philanthropy, both have independent passion projects launched years ago.

Before news of the divorce broke, Bill Gates was drawing headlines for his work onclimate change, which hes tackling through his Breakthrough Energy organization and a book on the topic.

Less attention has been paid to Pivotal, the investment and incubation company thats French Gates primary side gig. French Gates has already made womens equity a key focus at the Gates Foundation and experts say the organization is one of the most powerful players in the space. But Pivotal is hers alone to direct and includes the VC element for exploring broader avenues for impact.

I want to see more women in the position to make decisions, control resources, and shape policies and perspectives, French Gates wrote in a 2019 editorial in Time. I believe that womens potential is worth investing in and the people and organizations working to improve womens lives are, too.

Pivotal operated quietly at first, but French Gates has been promoting the companys efforts more publicly in recent years. In the Time editorial, she committed to spending $1 billion over a decade in order to expand womens power and influence in the United States, calling out Pivotals role in the effort. Also that year, her U.S.-focused company started making investments in ventures that are women-led, address family and womens issues, or both.

Top tier VC firms such as Sequoia Capital and Kleiner Perkins raise about $1 billion every five years for investing, Cox Pahnke said. French Gates could potentially operate at that level, boosting the percentage of capital directed at female entrepreneurs.

So far at least, Pivotal doesnt appear to have been writing massive VC checks. The company has made seven investments in six different companies or nonprofits since March 2019. It was one of multiple investors in rounds that ranged from $700,000 to $34.5 million total, with most on the smaller side; the amount of Pivotals contributions were not disclosed.

Looking at the funding recipients gives a sense of the broad range of issues French Gates is interested in tackling and her holistic view. Recipients include:

Pivotal also recently partnered with Techstars to create the Future of Longevity Accelerator, a program that backs startups building products and services for caregivers. The accelerator announced its first cohort in September.

One of the important benefits of venture capital is the validation of business concepts and mentoring that comes from the investors. French Gates has access to a deep bench of health and social-issue knowledge held by current and former employees of the Gates Foundation.

Given Melinda French Gates expertise and the team that she has assembled, they can be a source of capital that can change the game, said Cox Pahnke.

Whether or when Pivotal will ramp up its investing is unknown; the company declined to make anyone available to comment for this story.

In her 2019 book on womens empowerment, French Gates spoke about her formative experiences with women in low-income countries around the world, as well as her own challenges at Microsoft, where she started working in 1987. She was the only woman in the first class of MBAs hired by the software company.

French Gates left Microsoft in the late 1990s when her first child was born, and soon after began taking a more active role in the familys philanthropic efforts, which had not yet coalesced into the foundation. One of her early programs to get computers into U.S. schools was driven in large part by her desire to get girls excited about technology. Another early initiative was promoting contraceptives globally, a healthcare tool that she embraced for her own family planning.

Fantastic to have @melindagates back on the Microsoft campus today to talk about her new book, #MomentofLift. It was a powerful and timely conversation about the importance of lifting up women to lift up all of humanity. It was inspiring to hear her stories and insights. pic.twitter.com/qsDzyAwNC8

As the Gates Foundation was taking shape in 2000, the Gateses shifted away from contraceptives and the controversy that came with them, including criticisms from the Catholic church. They focused on vaccines and other global health initiatives supporting low-income countries. But in 2012 French Gates, herself a Catholic, returned to contraceptives.

Contraceptives are the greatest life-saving, poverty ending, women-empowering innovation ever created. When we saw the full power of family planning, we knew that contraceptives had to be a higher priority for us, French Gates wrote in her 2019 book The Moment of Lift.

She also came to recognize that family planning was just a first step in her advocacy for women. In 2014, she doubled-down on a female-centered programs at the foundation. French Gates wrote an article for Science spelling it out: We will systematically increase our focus on womens specific needs and preferences and on addressing gender inequalities and empowering women as a way to help our partners succeed and us achieve our mission of helping all people to lead healthy, productive lives.

But even with the Gates Foundations efforts, philanthropic support for women-focused nonprofits still lags behind other areas. Only 2.3% of the nearly $102 billion in gifts from private donors globally went to nonprofits addressing womens issues in 2018, and most of those were targeting reproductive health, according to research by Candid.

Pivotal officially promotes efforts to advance social progress and it clearly sees supporting women and families as an expedient way to do that. It gives out grants as well as VC investments, and while publicly available information is limited, it appears that the organization has dispersed more money in the form of gifts.

Pivotal has also funded research efforts in some of the companys focus areas a strategy thats also embraced by the Gates Foundation, letting data shape grant making in order to maximize impact.

Most notably, in 2018 Pivotal teamed up with McKinsey & Co. to release the Rebooting Representation report, which examined the reasons why women, and particularly women of color, are underrepresented in technology jobs. Pivotal additionally created the Reboot Representation Tech Coalition that includes Microsoft, Google, Dell and others to address the challenge. The group set a goal of doubling the number of Black, Latinas and Native American women earning computing degrees by 2025, guided by their research results.

Melindas superpower has been to garner incredible research to inform where we invest in solving some of these really big, intractable problems, Lauren Sato, CEO of Seattles Ada Developers Academy. And so Im super excited for her to have more resources, more space to really double down on that work.

Satos organization has used the Rebooting Representation report to guide some of the decisions at Ada, which provides free tech training for women and gender expansive adults.

Pivotals other projects and investments include:

As people wonder what path French Gates will follow, theyve looked to Scott, whose current net worth is an estimated $58 billion.

Scott has earned praise for her philanthropic generosity, giving away more than $5 billion last year to a variety of organizations. She signed The Giving Pledge a pact made by ultra wealthy individuals to give away the majority of their wealth in their lifetimes which the Gateses originally created along with billionaire investor Warren Buffett. The pledge, which Bezos has not signed, may be helping drive her giving.

But there are notable differences between Scott and French Gates. When Scott and Bezos parted ways, they did so without a prominent joint foundation in place. Scott didnt have a company akin to Pivotal Ventures that could be scaled up to facilitate her giving and investing. While Scott has been largely cheered for her efforts, her lack of a foundation has made it easier for criminals to impersonate her and scam people out of thousands of dollars with false promises that Scott would be writing them checks, as was reported in The New York Times.

French Gates has been acting on her philanthropic passions for years, honing her voice and building her team. The question now is where she chooses to concentrate her attention as shes untethered from Bill Gates.

Shes been saying the things that really matter to her quietly for some time, Sato said, and so were super excited for her to get loud.

Having a Weird iPhone Problem? Reboot It! 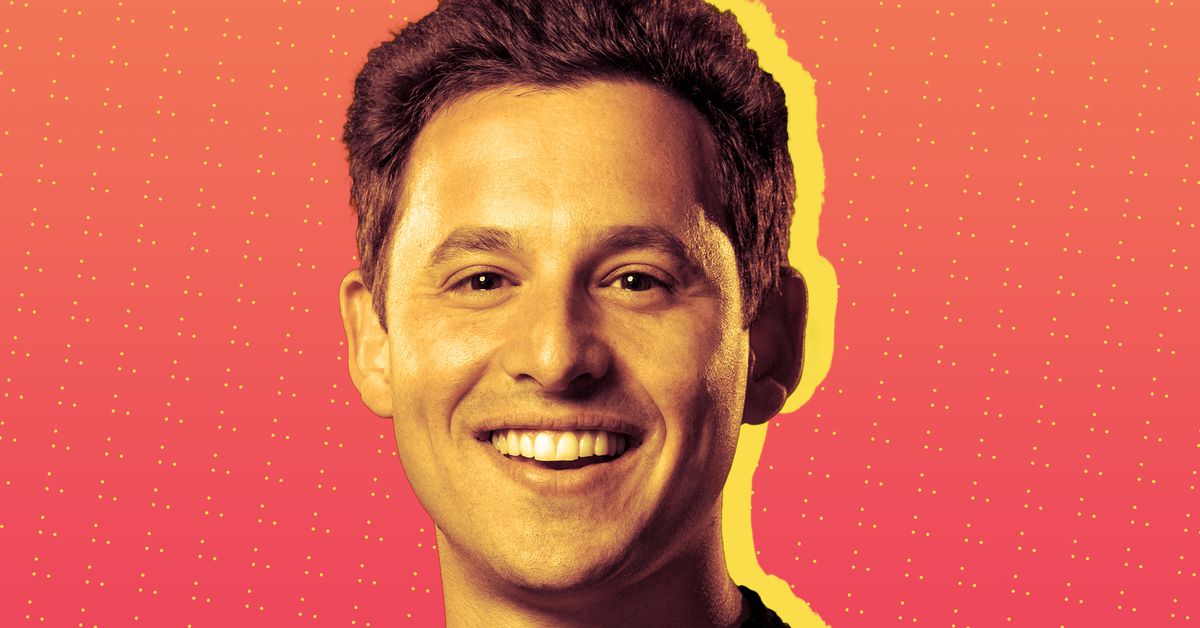