When the pandemic struck last spring, many game companies halted their internship programs. But Roblox quickly switched its program online and kept it going. Now its doing the same thing this summer with an even larger class.

And since the company raised $520 million in January and went public in March at a $41.9 billion valuation, the company is flush with cash to hire people, and internships are one of the best ways it can find the right talent. Roblox is in hyper-growth mode, and that is carrying over to its internships. By contrast, many medium-size and small businesses canceled their internship programs as their own employees and businesses came under duress in the pandemic, according to Glassdoor.

Peggy Hsu, the head of university recruiting at Roblox, said in an interview with GamesBeat that the paid internship program is a key to hiring talent for the company, which doubled its number of employees in the past year.

When the pandemic hit, Roblox decided to come together as we were seeing a lot of people canceling their internship programs, Hsu said. We wanted to give these interns an opportunity to come to join Roblox and expanded our program to a fully virtual internship. And by doing that, it allowed us to cast a wider net in terms of the students that we could bring on.

This year, she said the intern class will be 130 people, up from about 90 last year. Of those 90 who Roblox offered full-time jobs to, all of them accepted.

That really speaks to the quality of the program, and the interns had a good experience, she said.

Were super-excited for this intern class. We hope that this is actually going to be our first class thats almost even gender, in terms of gender representation, Hsu said. And its going to be our most diverse class yet in terms of underrepresented minorities as well. And so were just super excited about them joining. 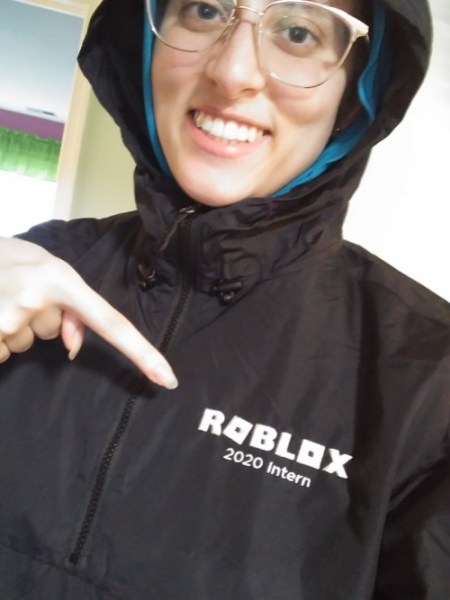 Above: Jenna Bousellam started as an intern and now has a full-time job at Roblox.

Three different sets of paid interns in the summer of 2021 will start May 24, June 1, and June 14 for 12-week technical programs such as engineering, product management, data science, and design, as well as other departments.

Last year, Roblox expanded the number of people it hired, such as Jenna Bousellam, who was an intern last summer and is now starting as a software engineer at Roblox. In 2020, Roblox was recognized as a Top 100 Intern Program in the U.S.

Roblox is offering full-time interns an upfront stipend of $1,000 for work-from-home equipment such as a computer.

It probably isnt as fun as working in person at Roblox in San Mateo, California. But the internship program includes fun activities for Roblox interns including intern socials, team activities, lunch and learns, a welcome dinner, swag, an executive speaker series, and skill builder sets. It also has mindfulness and wellness programming, a project showcase at the end of the program where interns can celebrate and present their work to leaders, a virtual concert, and a trivia night.

We have a lot of really fun, cool events that are planned, Hsu said. We have events that are professional development events, as well as speaker series events and fun social events like virtual concerts, game nights, wellness events, magic shows, and at the end of the summer, we also do a project showcase with our interns.

Each intern is paired with both a hiring manager and mentor who will provide support and assist with getting accustomed to Roblox. 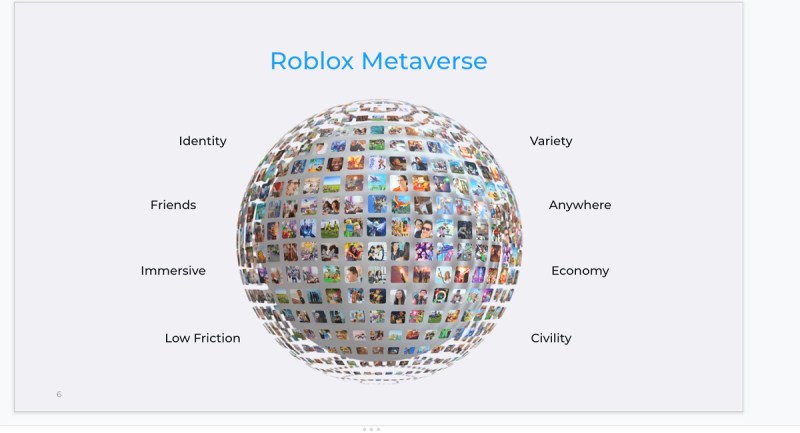 Above: How to make a metaverse

Roblox has expanded its recruiting circle for the internships, as it can now employ remote interns in a wider geographic area. It is also expanding the number of departments offering internships, but it is doing so cautiously.

We want to set up our interns and managers and mentors for success, Hsu said. We do check-ins with all of our interns as well to make sure that everything is going smoothly and according to plan and hopefully at the end of the summer, were going to extend a lot of you know return offers to our interns.

For the 2021 program, the recruitment team partnered with Rewriting the Code and ColorStack to hire nearly as man women as men, and it also recruited underrepresented minorities, with a goal to continue to expand diversity even further in the future.

The company also used Jumpstart to source and host virtual events. Hsu said that interns at Roblox are part of building the metaverse, which is the companys goal to make an online world where we work, live, and play akin to the virtual worlds of Snow CrashandReady Player One.

Gary Wang, a 2020 infrastructure team intern, said that he deployed three projects in 10 weeks. And Bousellams internship project for Roblox Studio is still being used by creators.

Many of the interns are huge Roblox fans who grew up playing Roblox. Many interns apply to Roblox because they have a personal connection to the product, as they grew up with it or have family members who play.

Over time, Roblox has seen increasing numbers of acceptance rates, with 100% in 2020 versus 80% in 2019 for those that receive a Roblox return offer.

Turning an internship into a job 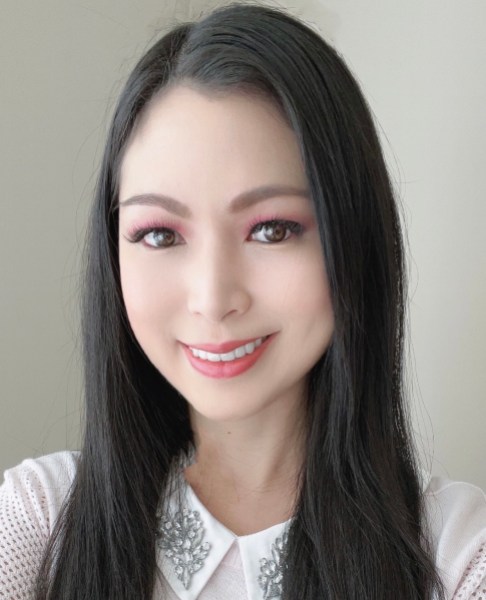 Above: Peggy Hsu is head of university recruiting at Roblox.

Bousellam had started looking for an internship in 2019. She started applying to many in March 2020, but by that time, many companies had decided to cancel their programs.

I applied to Roblox and saw that they actually expanded their program, Bousellam said. I applied to over 100 different positions. There were very few spots. And they were the only one I heard back from. This was my last summer I had a chance to do an internship. It was great to see them expand their program. The interview process was super fast, because it was like really close to the internship time to start. And then I ended up getting the job offer. And that was really exciting because they were the only company I heard back from.

She got a 10-week internship in the summer of 2020. Bousellam spent the first couple of weeks making a Roblox game, as she wasnt familiar with the platform. Then she went to work on a feature for the Roblox Studio, and she studied the platform.

She had to work with managers via Zoom and Slack. She acknowledged there were problems like not being able to directly communicate with people in person.

I still felt connected with the team, Bousellam said. My mentor would be there for me to ask questions and help me if I was stuck on anything.

Hsu said Roblox tries to break the teams into smaller groups and then arrange casual virtual lunches with the interns. The interns also hosted their own events. This year, the team will use more virtual event spaces inside Roblox itself for those events. 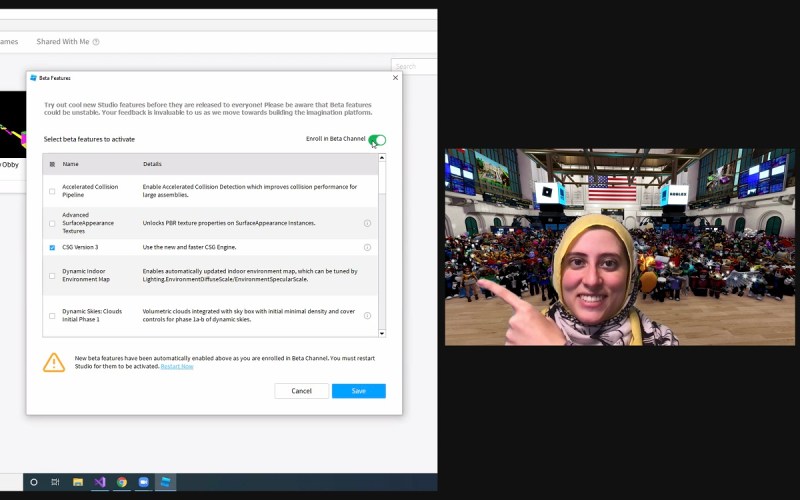 Above: Jenna Bousellam did a remote internship at Roblox in 2020.

Bousellam said she returned to school to finish her degree in computer science at the New Jersey Institute of Technology. She graduated in December and then got an offer to start a full-time job at Roblox. She started in January and now works on a feature for an international program.

During her internship, Bousellam worked on East Coast time, even while many of Robloxs staff were on Pacific time. The company was flexible that way, as it was with its start and end dates based on school schedules. Bousellam said she will move from New Jersey to California now that she has started her job.

Roblox chose to play people the same amount as if they were employed in California at the companys headquarters, even if theyre working remotely from another part of the state.

We wanted to be as flexible as possible and encourage students to apply here, Liu said. Weve increased our numbers every year as we are in hyper-growth mode. We really want to find great talent that will join Roblox full-time. Our intern program gives students a taste of what its like to work at Roblox.

He has been playing inside Roblox since 2012, and he had only done a little bit of programming inside Roblox. As he got older, he stayed with it, playing for hours at a time on Roblox because it was a way to stay in touch with his brother and sister. It was also inexpensive as a free-to-play platform.Dolores used to play a Roblox game called Natural Survival, about surviving a natural disaster, and more recently hes been playing a game called Big People.

It was one of my first introductions to programming, he said.

He has one more semester to complete. He already did some internships at Electronic Arts and Autodesk. Like Bousellam, Dolores had an internship with a website that was canceled in 2020. Dolores also hopes to do well this summer and then get a job at Roblox.

I can really see my career starting off at Roblox, Dolores said. I think the internship is a great way to figure that out and learn in the company culture and the product programming experience.

Disclaimer: My daughter did a communications internship at Roblox a few years ago and she worked on a podcast, among other things.

How to Connect a Smart Plug to Alexa Don’t Be a Wingding: Help Choose the New Default Font for Microsoft Office 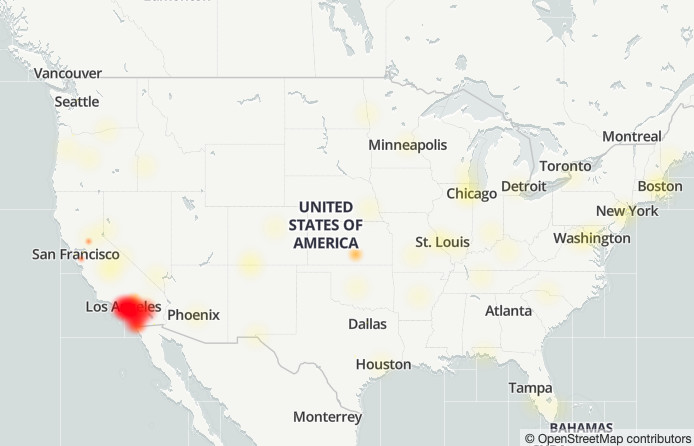 Verizon confirms there are problems with phone calls in Southern California