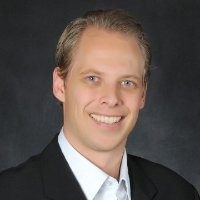 5G as a service:Betacom is using the fresh investment to roll out its new 5G networking service that it designs, deploys, and then manages via Microsoft Azure. The idea is to let enterprise customers own their network and control data. Use cases include an airport that wants to put check-in kiosks, cargo handling, and more on a private 5G network.

We can do the same for robotics in a factory, logistics automation in a warehouse, POS applications in retail, patient monitoring in healthcare there are dozens of use cases where mission critical applications can benefit from a managed private wireless service, said Betacom CEO Johan Bjorklund. Our goal is that our customer doesnt have to hire a single person to implement and manage their private wireless network.

Betacom makes money off the service via a monthly recurring subscription-based business model.

Florida to Seattle:Betacom recently relocated its HQ from Florida to Bellevue, Wash., nearby T-Mobiles headquarters. About 60 of the companys 300-person workforce is based in the Seattle region, where it is opening a new operations center that manages the private 5G networks.

Investors: The companys backers include former T-Mobile CFO Braxton Cater and other investors from the Seattle and Bay Area regions. The best ellipticals for 2021