AirTags are small Bluetooth trackers that can help you find your stuff, but they also work as triggers for automations. Using Apple’s Shortcuts app, you can use AirTags to trigger all sorts of events when you tap them against your iPhone or Apple Watch. Here are some ideas for putting them to use.

How to Use AirTags as an NFC Trigger

You can use AirTags as an NFC (near-field communications) trigger for the automations that you’ve set up using Apple’s Shortcuts app. This works “in the background” on the iPhone XR, iPhone XS, and newer iPhones. Simply touch your AirTag with your iPhone to trigger the automation that you’ve associated with it.

On an iPhone X or earlier iPhone model, you can use NFC with apps and for payments, but background triggers won’t work on these devices. For this reason, you cannot create a new automation using the AirTag as the input trigger on these devices.

You can download the Shortcuts app from the App Store if you’ve deleted it from your device. Launch the app, tap on the “Automation” tab, and then use the “Create Personal Automation” button to create your recipe. Choose “NFC” as your trigger when prompted, and then scan the AirTag.

AirTags still perform their primary purpose of tracking your items when used in this manner, so it pays to be clever about the automations that you create. You can use cheap static NFC triggers to automate common tasks around the home, but we recommend that you tailor your AirTags automations for the items that they’re attached to.

Each AirTag can have one NFC automation associated with it. Want more? You’ll need more AirTags. (You can still use them as trackers, too!)

While AirTags aren’t designed as anti-theft devices for vehicles, the $29 Bluetooth tracker is certainly a lot cheaper than dedicated GPS solutions, which can cost hundreds. For that reason, many early adopters are using the beacons to find their cars.

If that includes you, why not use the same AirTag to find you a route home? Rather than asking Siri or typing your address in manually, simply swipe your AirTag with your iPhone to run the automation and get on with your journey. You can specify your favorite app in the recipe, including Waze and Google Maps.

You could even add additional triggers for enabling Do Not Disturb, triggering your favorite radio station or playlist, or sending a message to a loved one notifying them that you’re on the move.

Having an AirTag on your gym bag is a great idea if you’re prone to leaving your belongings at work, at school, or on the bus. You can take advantage of the additional NFC trigger capabilities of your gym bag AirTag by using it to trigger your “smartphone routine” while setting up a workout.

Using the “Start Workout” trigger, you can set a workout of your choice with your choice of an open or predetermined goal. You’ll need an Apple Watch for this to work, which you can also use to scan the AirTag and initiate the automation. Enable Do Not Disturb mode and shuffle your favorite workout playlist to round it off.

You’ll appreciate this one if you’ve ever got halfway through a workout and realized that you forgot to record it.

If you’re using your AirTag as a glorified keyring, you might as well do something home-related with it. If you have a HomeKit-enabled front door lock, you can trigger it using the AirTag on your keys—simply by tapping your Apple Watch or iPhone.

Many smart lock users rely on a Wi-Fi connection or geofencing to unlock their doors, but these methods can be a bit hit or miss. Scanning your AirTag works the first time, every time. This is ideal if you live in an apartment or have poor GPS performance near your front door, which prevents geofencing from working correctly.

Make sure that you’ve set up your HomeKit-enabled lock in the Home app before you try to create this automation. You’ll need to use the “Home” app’s “Control My Home” action to select the lock that you want to control, and then set the action to “unlock” for this to work. Why not take it a step further and turn on the lights, too?

If you’re a commuter who doesn’t drive or you often go out to socialize with friends via public transport, you can use the AirTag on your bag to get around quickly. Using the “Choose From Menu” option, you can trigger public transport directions or hail a rideshare in an app of your choice.

Select the “Choose From Menu” trigger and label your two options. You might want to add a third option if you use multiple ride-sharing services. To make it so that a particular choice triggers a certain action, nest it underneath that option by tapping and holding and then dragging the action into place.

You’ll need to configure the “Get Directions” action to fetch public transport directions to your home address in whichever app you prefer, and the “Request Ride” action to do the same for the “Ride Sharing” option. When it’s time to go home, you can scan your AirTag, and then choose between public transport or ride-sharing in the notification.

If you travel frequently for work or pleasure, you might want to consider setting up a “Vacation” or “Away” scene for your home. You can use scenes to control various smart home devices at the same time.

It’s up to you and your current smart home setup to decide what should trigger when you enable “Away” mode using the “Control My Home” action. It could be as simple as turning a smart porch light on, closing the blinds, and enabling cameras inside the property.

How elaborate you can get with this depends on which smart home products you have. For example, Hue and Lutron allow you to schedule lighting to turn on and off inside of their apps. You can use apps like Pushcut and Toolbox Pro for Shortcuts for even more control.

Bicycle AirTag: Start Workout and Ask “Where To?”

Bicycles are often targeted by thieves for their relatively poor security and high resale value. An AirTag hidden in your puncture repair kit or mounted on the underside of your handlebars could help locate your bike if it were to get stolen. Having an NFC trigger on your bike has its benefits, too.

Why not set up a simple workout trigger that also asks you where you’re going and fetches cycling-appropriate directions? You’ll probably want a secure bike mount for your iPhone so that you can easily consult the map for this one.Google Maps is the better choice, since Google’s cycling directions are far more developed than Apple’s.

You can specify Cycling with an open goal using the “Start Workout” trigger, and then use the “Show Directions” trigger to specify cycling in Google Maps. Leave the destination as “Ask Every Time,” and shortcuts will prompt you for your destination whenever you tap the associated AirTag.

If you’re a delivery driver or someone who relies on their bicycle as a primary form of transport, this could help speed up your daily routine.

Apple’s in-ear AirPods use a hard plastic case that has a habit of slipping behind cushions or hiding in pockets. Adding an AirTag to your AirPods case allows you to find them using your iPhone’s proximity sensor.This solves one of the biggest problems that AirPods users face, but it also opens up new possibilities for NFC triggers.

To make things more interesting, use the “Choose From Menu” trigger to add a few apps that you might open when you reach for your headphones. This could be your favorite podcasting app, YouTube, or even a music-making app like Auxy or Garageband.

Check out “Handbag AirTag Offers Ride Share or Transit Directions” above for instructions on how to trigger different actions based on various menu options.

Putting an AirTag on expensive items that often live in your car seems like a good idea if you want to be able to track them. Consider using the AirTag to trigger automations while you’re on the golf course.

Apple includes “Golf” as a workout in its Workout app for Apple Watch, so you can log your games with a simple tap. If you have a particular scorecard app that you like to use on the course, you can also have that open at the same time.

If you don’t like to be bothered while you’re on the course, why not use “Set Do Not Disturb” to trigger, too?

Do More with Shortcuts

If you’re interested in speeding up workflows and automating various aspects of your routine, learn to use Apple’s Shortcuts app like a pro. The more HomeKit-compliant devices you add, the more you can do. Got a device that doesn’t officially support HomeKit? Adapt it to work with Home using a Raspberry Pi!

And if you’re in love with AirTags, be sure to check out the best AirTag accessories to put them to use. 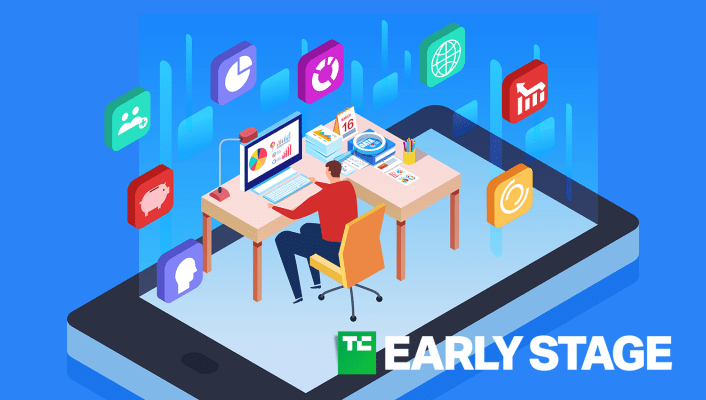