Were all familiar with the scene, either straight from the source or through one of thousands of parodies: Lassie bounds up to the farmhand and starts yipping; the farmhand says, What is it, Lassie?; Lassie keeps yipping; and eventually the farmhand deciphers, from this undifferentiated noise, some extremely specific message re: someone being trapped in a well or burning house. This fantasy of dog-human communication has, a half-century on, still not been realized: We have no real way to know what our pets are after when they make their cute little noises. But might that be changing? Has the tide of technological advancement brought us any closer to the dream of talking to ones pet, or at least knowing with greater precision whatever it is our pets are trying to communicate? For this weeks Giz Asks, weve talked to a number of experts to find out.

I prefer the term communication to talk. We can always talk to them, and they talk to us back in their own language. We do this on a daily basis. The question is whether we can understand their message. There are three ways to do it. The first one is to understand what message their vocalization carries or contains. This is their typical talking. The second one is their body language. Almost all the time, it carries a message. The last one is to be aware of their physiology such as how fast and varying their heart rate is or their muscle tension or breathing rate or stress hormone (cortisol) release. Our research team uses wearable or injectable electronic sensors to assess all of these signals. In return, we can teach them our messages through first being present with them and showing our real self rather than our emotional outbursts. We can also use traditional psycho-behavioral tools such as simple classical conditioning or operant conditioning as it is outlined by the famous Harvard scientist Professor B.F. Skinner. Our collaborative team with Dr. David Roberts from NC State Computer Science Department tries to use machine learning and artificial intelligence to achieve this.

My message here is that with the latest developments in biomedical sensors, wearable devices, machine learning, artificial intelligence, and the internet of things, we are definitely in a new era where we have new tools to achieve a more conscious and efficient communication with our pets and working animals.

We can always talk to them, and they talk to us back in their own language. We do this on a daily basis. The question is whether we can understand their message.

However, we do know that dogs are very skilled at interpreting our social cues and other attempts at communication. And the more we learn about how dogs understand these cues and gestures, the better well be able to communicate with them. That said, that the extent to which dogs are able to understand communication is somewhat one-directional: they can take in a lot of what were telling them, but their capacity for communicating with us seems to be a little less sophisticated. But the more we understand about dogs communicative systems, the more nuanced our ability to communicate with them will become.

Right now, theres a group working with the TikTok famous dog Bunnytheyre developing a system in which the dog presses a button to communicate certain words to humans. How robust this communication is remains an open question, but thats one of the more exciting advances we have on the dogs-producing-communication side.

The other sidei.e., humans understanding how dogs communicatedates back to the beginning of canine cognition as a field of study. We are still trying to understand how much dogs are able to infer from our social cues, from the tone in which we speak. My lab, and dog labs across the country, are trying to answer these questions.

One of the things were looking at right now involves the kinds of signals we have to producewith our body language, or our tone of voice, or what were looking atin order to clue dogs into the idea that a given communication is intended for them, as opposed to just happening in their environment. Broadly, this is something we call communicative intent.

So while I dont think itll ever look like language, I do think that the better we understand how dogs communicate, the more efficient well be at giving the types of cooperative signals that dogs and humans need to exchange with each other in a working context. For instance, we now know that some working dogs can interpret multi-step commands from their handlers. Better communication with service dogs would allow for an improved quality of life for the humans theyre working with. It could also lead to improvements in scent-detection and search and rescueit could be the difference between finding someone and not finding someone. And all this, I think, could theoretically apply to any domesticated animal who understands our social signals.

…while I dont think itll ever look like language, I do think that the better we understand how dogs communicate, the more efficient well be at giving the types of cooperative signals that dogs and humans need to exchange with each other in a working context.

Professor Emeritus, Ecology and Evolutionary Biology, University of Colorado, Boulder, and the author of Canine Confidential: Why Dogs Do What They Do and co-author with Jessica Pierce of Unleashing Your Dog: A Field Guide to Giving Your Canine Companion the Best Life Possible and the forthcoming A Dogs World: Imagining the Lives of Dogs in a World Without Humans

Pets/companion animals dont speak human languages, but if we listen to them carefully and became literate in however they communicate with uswith voice, visual displays, and odorswell have a very good idea about what they want and need from us or what theyre asking of us, and we can be much better at giving them what they need so they can have the best lives possible as individuals who, in many ways, are held captive by us.

This isnt meant to be a negative view. If you think about it, we pretty much control their lives and ask them to adapt themselves to ours. We tell them what they can eat and when, when they can play and with whom, and when they can pee and poop. If what people mean by talk is conversing in human languages, I think its a waste of time to ask them to be like us, because they arent us. Theyre dogs, and each of them is a unique individual with a unique personality and they will communicate in ways that suit them. In this way, they can express their dogness and be dogs, not robotic companions or make-believe furry humans. And, its very important to allow them to do dog appropriate behaviors as much as possible, even if we find them disgusting.

Professor in Evolutionary Anthropology and Psychology & Neuroscience at Duke University and Co-author, with Vanessa Woods, of The Genius of Dogs

The big surprise about dogs is how many words they can learnthe average service dog knows at least 50 commands, and a dog called Chaser knew over 1,000 names of objects and toys. Chaser was truly extraordinary because she could learn words through a process of exclusion. When she heard a new word, she inferred that it was for a new toy. So she brought back a toy that she had not yet learned a name for. Chaser remembered all the words she was taught and her vocabulary just kept growingshe only stopped at 1,000 because her owner had no more time to train her.

As remarkable as dogs are at understanding us, this is just one side of communication. Does the conversation go both ways?

Dogs have fairly plastic vocal chords or a modifiable vocal track. They can subtly alter their voice to produce a wide variety of different sounds with different meanings. In an experiment, researchers recorded alone barks of dogs when they were alone, and stranger barks when a stranger was approaching. Then they played this bark to people to see if they could distinguish the difference.

Regardless of whether they owned a dog or not, most people could tell from a bark whether a dog was alone or being approached by a stranger, playing or being aggressive.

Dogs can also use showing behaviormany dog owners will get the hint for messages such as lets play fetch!, I need to go to the bathroom, over here look at this!

Its surprising how much we can tell each other, even when we are not vocalizing. And of course the genius of dogs is that they can read our body language. If you throw a ball and your dog cant find it, you can point to where it went, and your dog will happily trot off in that direction. It might seem simple, but your dogs must know that you know something they dont and that your intention is to help them. This level of mind reading is called theory of mind. It appears in human infants at around 9 months old and is the gateway to culture and language.

Far from being one sided, the conversation between dogs and people is quite sophisticated. As we keep exploring the minds of dogs, hopefully it will grow richer still.

Far from being one sided, the conversation between dogs and people is quite sophisticated.

Yes, we already can, if our pets are talking birds, like parrots. Irene Pepperberg showed that her African grey parrot Alex was able to understand and produce words that suggested he knew the meaning of quite a few words, including terms for color, shape, and number.

So to a certain extent, we already can talk with our pets.

Will we ever be able to hold conversations with them? Ask them how they are feeling, or if they remember that trip to the park the other day, or get them to understand that were going away for a few days but will be coming back, or find out about their hopes and dreams for the future? That seems unlikely, because such conversations require more sophisticated language, and more sophisticated minds, than common pets like cats and dogs have been shown to have.

Do you have a burning question for Giz Asks? Email us at tipbox@gizmodo.com. 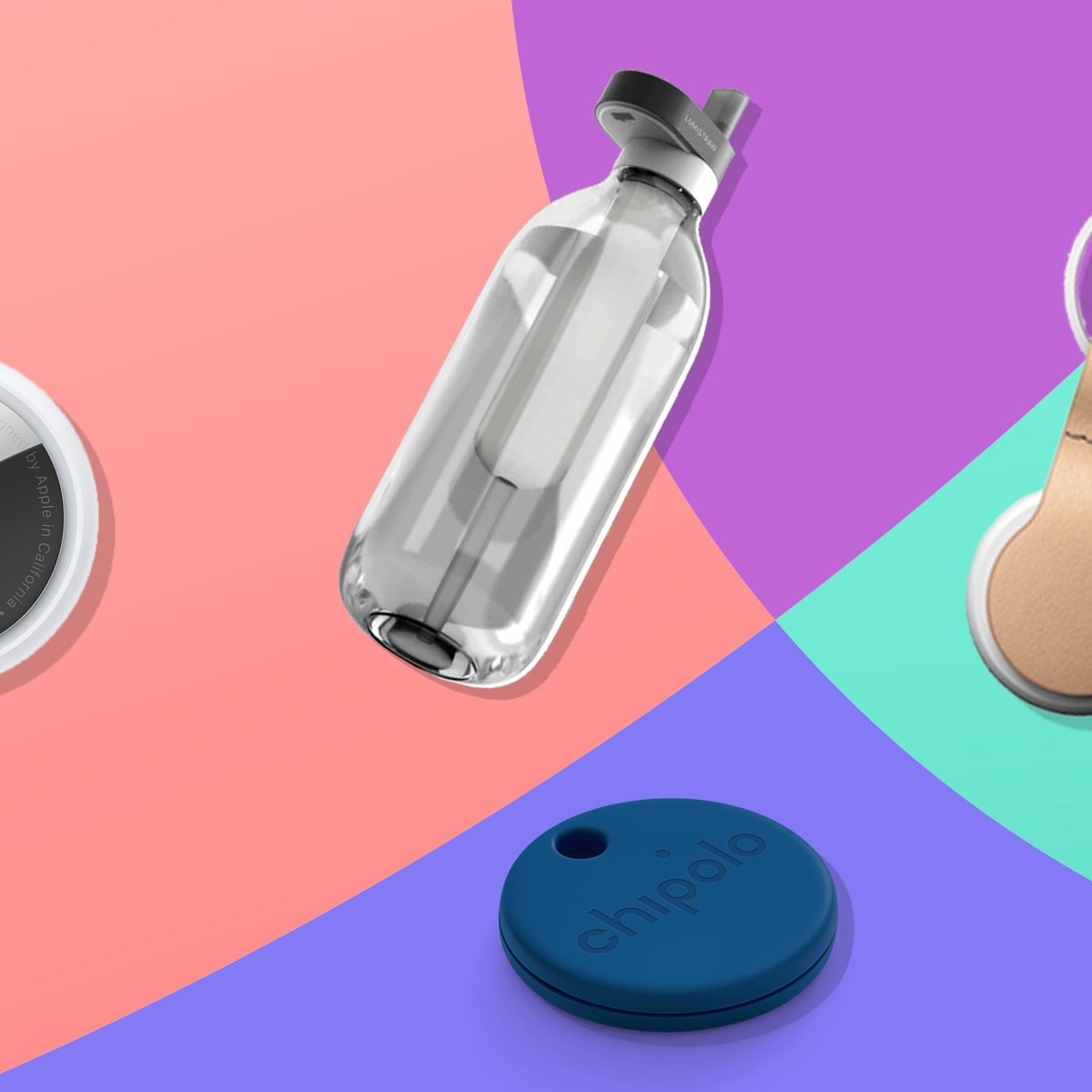