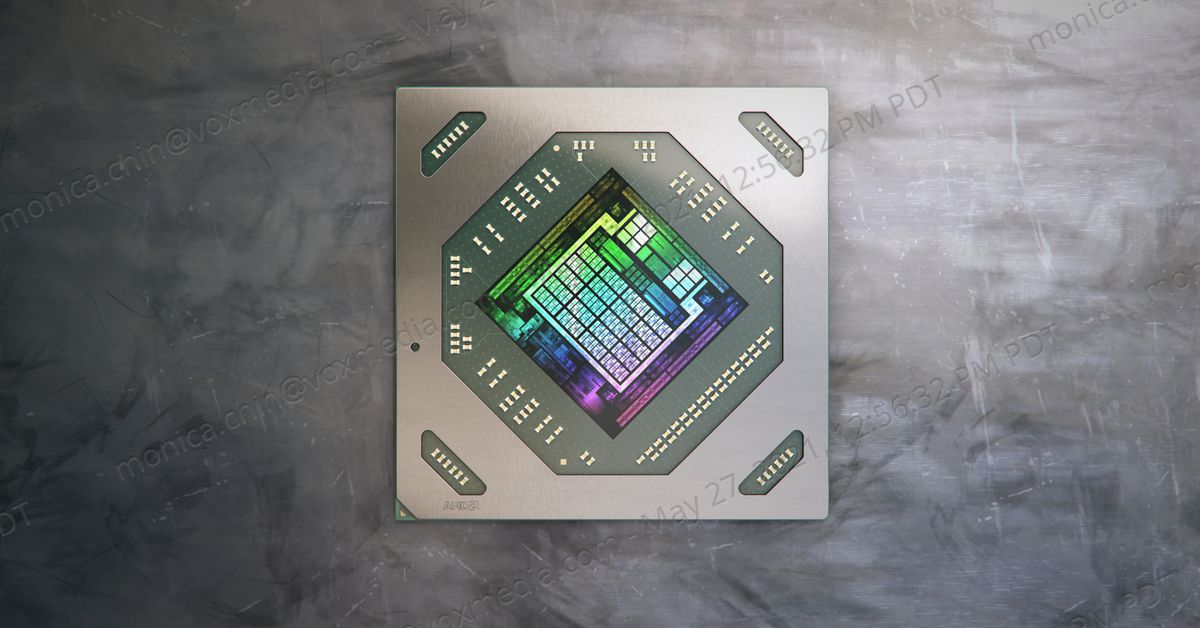 Todays release consists of three chips: the RX 6800M (configurable at 145W and above), the RX 6700M (up to 135W), and the RX 6600M (up to 100W). AMD says the flagship 6800M delivers the fastest AMD graphics for laptops yet; it claims the 6800M will run modern AAA games at frame rates that are comparable to or better than those of Nvidias mobile RTX 3080. Its also purported to outperform Nvidias chip while gaming on battery.

AMD says the RX 6700M will deliver up to 100fps in popular games at 1440p resolution. The 6600M is better for epic 1080p gaming. Keep an eye out for independent reviews of these chips in the coming weeks for better idea of the performance you can expect from each one.

The 6000M series will be available starting on June 1st.

AMD also announced AMD Advantage, a new design framework initiative meant to encourage OEMs to include certain features on their AMD-powered systems, and to indicate to consumers which Ryzen- and Radeon-powered laptops AMD thinks are the best. It appears to be a similar idea to Intels Evo program, but its just for gaming laptops, and the standards look much more stringent. It AMD Advantage laptops are expected to include the following:

Its unclear how many laptops will actually meet all of these standards. Forty degrees Celsius is close to as hot as keyboards commonly get in the center. But there arent too many gaming rigs that reliably break 10 hours of video playback on battery, and plenty of the best gaming laptops out there max out below 300 nits of brightness. That said, all kinds of Intel Evo-certified laptops also dont meet all the Evo requirements in my testing units and methodologies can vary.

The first AMD Advantage laptop to be announced is Asus new ROG Strix G15. This can be configured with up to a Ryzen 9 5900Hx, a Radeon RX 6800M, and a 15-inch WQHD 165Hz display with 3ms response time. The G15 will be available at Best Buy in June.

Is the new boom in digital art sales a genuine opportunity or a trap? What to Look for in a Computer Monitor