The Power Up 4.0 RC Airplane Kit promises to be so easy to fly, anyone can do it. you just attach a paper airplane, and away you go. To test that theory, I had my eight-year-old son fly the plane and write a review for it. Spoiler alert: He loves it.

Now just for clarity, what follows are my son’s words—more or less. I wrote the headers you’ll see to guide him and help him put his thoughts together. And then he wrote his review on paper, and I transcribed it for all of you to read. But for the sake of readability, I edited for spelling, grammar, and in some cases, changed out repeated uses of “it” for better proper nouns and the like. If he got stuck, I occasionally asked questions to help him through, but I did my best not to influence his thoughts. Outside changes to make this review possible for anyone to read, these are all my son’s thoughts. It was pretty much put together. All we had to do was attach the wing bar, fold a paper airplane, and then attach it with tape. Daddy then used a card to fold flaps on the back of the plane to just the right height. Then we plugged it in for a while.

First, you download a free app (on iOS and Android), then after it finishes charging, you go outside. You connect the app to the remote control airplane. You press a button to make the propellers spin. When the speed hits 60%, you throw the plane.

To go up and down, you drag the speed button up and down on the screen. Faster goes higher, slower goes lower. If you go fast enough, you can do a loop-de-loop! You steer by tilting the phone from side to side.

Was it hard to fly?

The app looks the same on iPhone and Android, but at first, it flew better on iPhone. Steering was very hard on Android. But on iPhone, it was easier. After a while, an update fixed Android, and now it flies well. If you tilt a little, it turns a little. If you tilt far right, it steers far right.

There is an acrobat mode; it is a little bit hard. It makes the airplane circle and swerve. Acrobat mode makes it easier to do tricks. But harder to fly than regular mode.

Daddy showed me a commercial that said, this is so easy to fly you can use lettuce instead of a paper airplane. We tried that, but it didn’t really work. Scotch tape didn’t stick to the lettuce. We threw the plane, and it almost immediately crashed. The lettuce ripped away from the crossbar. Duct tape was too heavy. But Band-Aids almost worked!

It started raising into the air for a second or two but then crashed down. In the commercial, I noticed that the plane hardware is different. It had two crossbars to attach the lettuce! The Power Up 4.0 plane only comes with one crossbar. That feels like cheating. Oh, and the commercial promised an auto-loop mode that would fly the plane for you! I wanted to try that, but it’s not in the app. That’s sad, that would be super cool to hit a button and just watch the plane fly. But it doesn’t do that.

Does it go far or high or fast?

It goes pretty high. We almost got it stuck on a house. You need a lot, I mean A LOT, of space. Here’s a list to make sure you picked a good spot.

If you can say no to those three questions, you picked a good spot.

Does it break easily?

The Power Up hardware doesn’t break easily. We got it stuck in a tree (Dad’s note: Four times and counting), and we had to throw balls at it to get the plane down. The airplane was stuck really high, and it was hard to get it down. We hit it a bunch of times with a football, and it fell a long way. It crashed into branches and got stuck again. So we hit it with more footballs and it fell again. But it survived! It has a soft spongey nose when it goes for a dive that protects the electronics.

You know how little RC drones break like ten minutes after you fly them? Surprisingly the propellers and even the paper airplane never broke after months. Sometimes the propellers pop off, but you can just push them back on. I think it will last a long time.

Do I think it’s Fun?

Yes, I think it’s fun. Because it is easy to fly and you can do tricks. You can also buy an expansion pack that adds wheels! Then you can fly it without throwing the plane! It takes off using the wheels. Playing with friends is also fun but weird.

You have to pass your phone from friend to friend. Only one phone can connect to the plane at a time, and it feels weird to hand other people your phone. But it’s fun to spend time with friends and see what tricks you can do. I like doing loop-de-loops!

The RC plane lasts about 10 to 15 minutes on a charge, and then you have to plug it in for 30 minutes. I think that is a pretty good amount, and when it died, I thought, “Ok, I was going to stop soon anyway.”

Would You Buy It?

I’d rather have the RC Paper Airplane kit because it flies, it can do loop-de-loops, and you to play outside with it. Plus, you get to fold paper airplanes! I like it a lot. 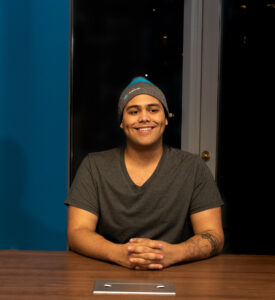 HBO Max: Friends reunion time, streaming ‘free’ and everything else to know

This Low-Tech Habit Kept Me Connected in the Lonely Pandemic