Amazon Prime Dayis slated for just a few weeks from now on June 21-22, but it’s never too soon to start shopping for a new router for a decent price. Now’s the time to start at least planning to upgrade to a home-widemesh system, a current-genWi-Fi 6router or a budget-friendly Wi-Fi 5 model. That’s doubly true if you and other family members will still beworking from homefor the near future, or if someone in the household has become an avid gamer. The right router quarterbacking your home network can make a huge difference.

Retailers have begun to announce their rival sales to Prime Day, including Target’s Deal Days running from June 20-22 and Walmart’s Deals for Days taking place June 20-23, so they’re also a great place to look for networking bargains.

We’ll be updating these recommendations regularly with all of the best home networking deals we’ve spotted across the web, until the last deal dissipates into the ether.

A three-piece mesh system like this one is the best way to cover a large-size home with a steady, reliable Wi-Fi connection, and $100 is as low a price as you’ll ever see for a well-reviewed, name-brand option that can cover a lot of ground like this one.

If you’re looking for a mesh system on the cheap and don’t mind the lack of Wi-Fi 6 support — frequently not an issue if you’re just looking to connect old devices or cheap laptops and Chromebooks — you can’t beat this Wi-Fi 5 value from the days before Amazon acquired the company, which distinguished itself by easy setup and automatic security updates plus stable performance.

At its normal price of $400, the AX6000 is overpriced given that it’s not even up to Wi-Fi 6E. But for the sale price of $225 — not the all-time low, but the second lowest price we’ve seen — you get a 6Gbps router that can cover up to a 3,000-square-foot space and handle up to 40 devices (MR9600). Plus, it looks a little cooler than most traditional routers without going for the not-to-everyone’s-taste gaming extreme or the doesn’t-look-like-a-router-at-all cube or column.

This well-loved W-Fi 6 mesh system can cover up to 7,500 square feet and handle over 40 devices simultaneously, and you can get it at a close-to-lowest price of $459 for the bundle of tri-band modem with two satellites. It’s not as fast as the top-of-the-line Orbi AX6000 we tested (and briefly found a good deal on), but neither is it as expensive and we consider the AX6000 overkill for a lot of people, anyway.

Expired router deals that may return

$100 isn’t an unusual price for this entry-level gaming router, but it is a periodic all-time-low that you may want to think about grabbing — if not now, then during another sale season. The Nighthawk AX4 features a dual-core processor and support for 4X4 MU-MIMO connections to aggregate faster speeds to devices with multiple antennas of their own.

It doesn’t support Wi-Fi 6, but the Nest Wifi mesh router still punches well above its weight with stable, reliable performance and enough advanced features to feel like an upgrade. If you’re starting from scratch, you may be better off getting the two-pack with the router and one extender (shown above) at the normal $269 combo price (those extenders cost $119 on their own) or for bigger homes, this two-satellite bundle.

Newegg’s $593 price tag on this impressive (and yes, expensive) mesh system isn’t an all-time low, but it’s pretty close and for the moment it’s much lower than the $680 most everywhere else. With full support for Wi-Fi 6, a tri-band design with an extra 5GHz band for system transmissions, and a WAN port capable of accepting incoming wired speeds as high as 2.5Gbps, the AX6000 is Netgear’s fanciest Orbi system — and it remains one of the fastest, best-performing mesh routers we’ve ever tested. 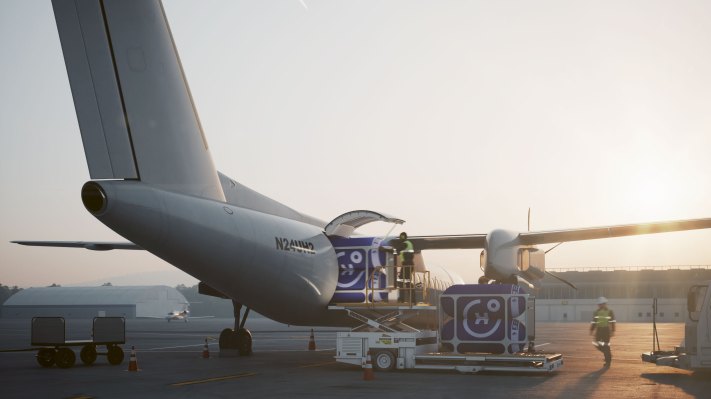