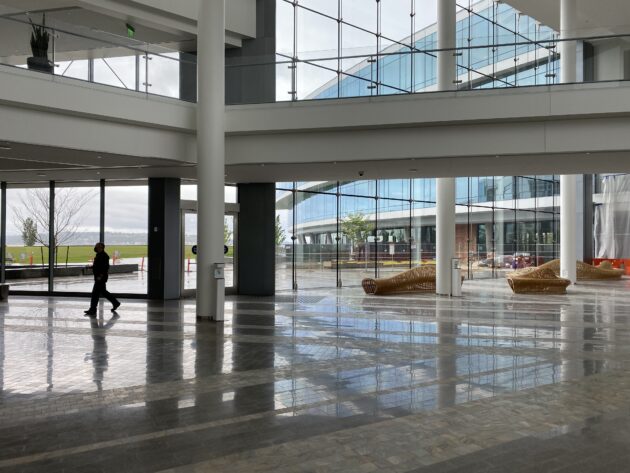 
In 2001, Expedia Group embarked on a shopping spree. Over the course of nearly two decades, the Seattle travel platform snatched up more than 40 companies with a combined worth of nearly $13 billion.

If youre not sure what each of those companies does or why youd want to use them, youre not alone. Expedia says its customers are confused, too. In fact, media mogul and Expedia Chairman Barry Diller said during an earnings call last year that even the companys own employees are baffled by its vast constellation of products.

Expedia has since set out to simplify things, and its turning to a former Apple marketing leader to make it happen.

Ive always tried to instill a sense of fearlessness in my teams.

In an interview with GeekWire, Gieselman said he plans to continue doing at Expedia what he did at Apple: Work closely with product, design, engineering and other tech teams to come up with amazing experiences.

Then its really incumbent on marketing to bring those to life in a way that shows people how it changes the way they travel, he said. Marketing always begins with amazing customer experiences certainly [Expedia] has done some of that. But, from my observation as a consumer, I dont perceive that the company has really been product- and experience-led.

Arguably no other tech company than Apple has done a better job of making the complex simple for its customers. Apple co-founder Steve Jobs talked endlessly about simplicity.

Thats been one of my mantras focus and simplicity, Jobs told BusinessWeek in 1998. Simple can be harder than complex: You have to work hard to get your thinking clean to make it simple. But its worth it in the end because once you get there, you can move mountains.

Since Jobs death in 2011, Apple has added more than a dozen new varieties of products to its lineup, many of them under Gieselmans purview. Yet, it has branded those new offerings with a kind of restraint that borders on blunt. When Apple released its watch in 2014, it simply called it Apple Watch.

Apple has adopted the same approach with the vast majority of its new products. The company has named its services plainly for what they are or what you do with them: Apple Music, Apple TV+, Apple News, Apple Maps, Apple Podcasts, Apple Books, Apple Pay and Apple Card, for example

Its been Gieselmans job at Apple to help customers make sense of those ever-increasing product offerings.

Think of it as product features that really change peoples lives, he said.

To get an idea of why Expedia pursued Gieselman, take a look at how Apples booming services arm performed over the last year.

Apple reported late last month that second-quarter net sales for its services alone were up 35% to nearly $17 billion compared to $13.3 billion for the same period last year.

In an interview with GeekWire, Murthy said she envisions deploying AI, machine learning and deep lakes of data to personalize travel experiences for Expedia customers.

For example, Murthy said, if she were traveling in London, Expedias algorithms could remember the kind of hotel she enjoys staying in, the airlines she frequently flies and what kind of car she likes to rent.

The key hires come after a difficult period for Expedia, during which the pandemic gutted the travel industry and the companys revenues spiraled. Expedia, which now boasts a market value of $24 billion, reported revenue of $1.24 billion in the first quarter. That was down 44% compared to the same period last year.

The company is counting on a world population not just eager to travel again but ecstatic at the idea of boarding a plane after being pent up over the last 18 months during pandemic lockdowns and other restrictions.

The travel industry, Murthy said, is ready to rebound in a big way. Theres so much pent-up demand. Were all looking forward to getting out of our home and out somewhere where we can create experiences. And we have all learned to value these experiences more than we ever have before thanks to being in confinement for so long.

Gieselman suggested hell capitalize on those tailwinds by bringing a bolder and aggressive approach to marketing Expedias services.

Ive always tried to instill a sense of fearlessness in my teams, Gieselman said. I think a lot of marketing out there is very bland. Its very beige, just very plain. I think people play it safe a lot, and that results in marketing that oftentimes just isnt that effective and doesnt break through and grab peoples attention. So I think the opportunity here is to inject that same fearlessness.

I hope that we can do bold things, fearless things and the team has a real sense of mojo, because good marketing comes from confidence.