Toyota AI Ventures, Toyotas standalone venture capital fund, has dropped the “AI” and is reborn as, simply, Toyota Ventures. The fund is commemorating its new identity by investing an additional $300 million in emerging technologies and carbon neutrality via two early-stage funds: the Toyota Ventures Frontier Fund and the Toyota Ventures Climate Fund.

The introduction of these two new funds, each worth $150 million, brings Toyota Ventures’ total assets under management to over $500 million. With the new capital infusion into the Frontier Fund comes an expansion of Toyota Ventures core thesis, which previously focused on AI, autonomy, mobility, robotics and the cloud, and now is adding smart cities, digital health, fintech and energy. So while Toyota Ventures investment approach isnt changing, its broadening the scope of startups it will consider investing in.

AI is kind of shrinking as a proportion of everything, Jim Adler, founding managing director of Toyota Ventures, told TechCrunch. The first mission of the Frontier Fund has always been to discover whats next for Toyota. Toyota pivoted to cars in the 1930s, and Toyota will grow to other businesses in the future. Startups are experiments in the marketplace, and this is a way for us to understand and get comfortable with where innovations are coming from.

Toyota as a global company has more than 370,000 employees that cover a range of business units in which the company at large stands to benefit from investing, such as financial technology. The Frontier Fund is a step outside of mobility. It not only seeks to bring emerging tech to market, but it also wants to bring new innovations onboard, whether as a customer or an acquisition, according to Adler.

I think the vision of the company really is that machines are here to stay, they amplify the human experience, and Toyota understands how machines amplify humans really well for the benefit of society, which sounds incredibly corny, but the company really believes that, said Adler.

By that same token, the new Climate Fund seeks to invest in startups that can help Toyota accelerate its goal of reaching carbon neutrality by 2050. The company has been investing in hydrogen for years, including a recent partnership with Japanese fuel company ENEOS, but its open to whatever technology will help achieve carbon neutrality, according to Adler.

We think renewable energies will play a role, said Adler. Hydrogen production, storage distribution and utilization will play a role. We think carbon capture and storage will play a role. Were not going to get dogmatic about hydrogen because weve been at it for decades and maybe things will change. Hydrogen hasnt been crowdsourced across the startup community because there just wasnt a market for it, but I think the market may be emerging.

The fund is accepting online pitches on its website from entrepreneurs seeking early-stage funding. On Thursday, Toyota Ventures also announced it would be expanding its team and working with a new Advisor Network as a resource for founders looking for guidance on anything from product development to diversity and recruitment.

Toyota Ventures has been an invaluable partner for Boxbot since they invested in our seed round in 2018, said Austin Oehlerking, co-founder and CEO of Boxbot, in a statement. They have been instrumental in helping us to navigate complicated, existential challenges on our journey from concept to product/market fit. Jim and the team really understand how corporate venture capital should function in order to successfully partner with startups.

Adler says he and his team come from an entrepreneurial background, so they understand what its like on the other side of the table. Toyota Ventures focuses on early-stage startups because thats where it believes some of the most interesting innovations come from.

Im a big believer that early-stage venture capital is a telescope into the future, said Adler. I think we can actually find those incredibly valuable innovations that make this all worthwhile. 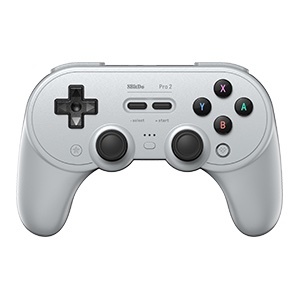 NBA streaming: How to watch the playoff stretch run online without cable