Were getting a good picture of what games are worth because so many transactions are happening in the game industry.

I thought it would be a good time to revisit this idea of relative valuation, or how much each company is worth relative to another one and whether that makes any sense or not.

InvestGame opened our eyes when it noted that game investments, acquisitions, and public offerings added up to $39 billion in the first quarter, higher than the $33 billion that flowed into games in all of 2020. This week, Drake Star Partners reported that in the first five months of 2021, game deals amounted to a record $49 billion. The stock market has become rocky lately, as have markets like cryptocurrencies. But games seem to be holding strong.

The rapid consolidation, financings and IPOs make sense, and I dont see it slowing down, said Michael Metzger, a partner at Drake Star Partners, in an email to GamesBeat. Its a reflection of how the public capital market sees the gaming sector. Its the largest segment within media and continues to show strong growth. Many companies in the space are highly profitable, and the sector has proven to be resilient to downturns.

The pandemic placed a spotlight on games as it forced people who didnt play to turn to games for social solace while they were in lockdown. Those people continued to play and kept their habit even as things opened up again, and Wall Street noticed that game companies like Roblox were hot investments, enabling Roblox to go public at a $41.9 billion valuation in March.

When we look at companies like Activision Blizzard, maker of Call of Duty and World of Warcraft and Candy Crush Saga, it makes sense that it is valued at $73.8 billion as it has shown leadership in games for decades. Activision Blizzard seems to have a good strategy in creating free-to-play onramps to premium games like Call of Duty.

But does it fair that Apple, the maker of the iPhone, is worth $2.06 trillion, and that roughly 18% of that companys revenues is coming from games and so its value as a games platform is $369 billion, as estimated by Evan Van Zelfden at the Games One consultancy. Well, life isnt fair. But it makes sense that Apple has become the No. 1 game company in the world in value, even if it doesnt make a single game, because platforms are certainly part of the game business.

At the top of the unicorn list is ByteDance, which Games One valued at $62.5 billion, based on the portion of its valuation that is based on game revenues. All told, gamings unicorns are worth $192.2 billion, while gamings public companies are worth $2.18 trillion. I would wager that games are now worth more than Hollywood, based on those valuations, and I would think that this makes a lot of sense, as much as Hollywood would cry foul. 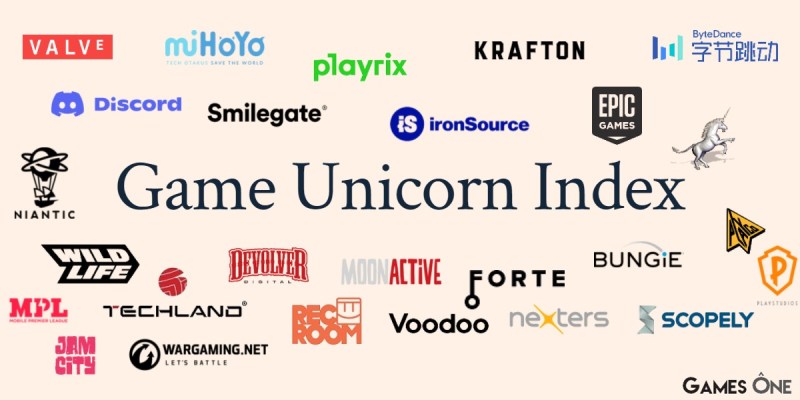 Another one of the rules that applies here is that anything that is going public, being bought, or doing a transaction in this frothy environment will be valued higher than companies that did their last deal some time ago. So Roblox may not be worth more than Electronic Arts on a purely financial comparison. But since Roblox went public recently, it gained the benefit of being valued at modern levels, while EA is stuck with a valuation it has had for some time.

And so, yes, Roblox is now valued at $54.9 billion while EA is valued at $40.6 billion, even though EA has revenues of $5.5 billion and Roblox has revenues of just $920 million. Another reason Roblox is worth more is that it has more momentum, as it had revenue of just $45 million in 2017, while EA had 2017 revenue of $4.8 billion. EA can say this isnt fair, but momentum and recent transactions matter to Wall Street. 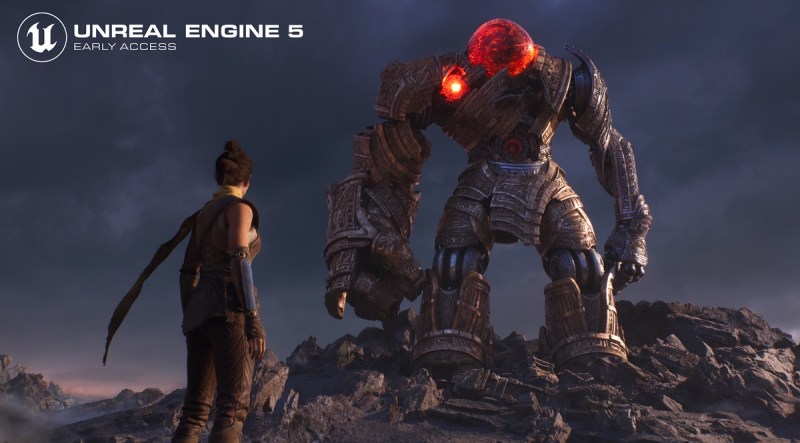 Above: Echo goes up against the Ancient in an Unreal Engine 5 demo.

Where it breaks down is when you look at the unicorns. Bungie hasnt done a transaction in a long time, but Games One felt like giving the company a $1 billion valuation. But that means it is worth the same as Playco, which raised $100 million last year at a $1 billion valuation. Thats clearly not fair, as Bungie makes triple-A games like Destiny while Playco hasnt published anything yet. Playcos focus is in the promising area of instant games, like those played on Facebook messaging or Snapchat. Its a sexy market and a way to bypass the 30% royalties of many app stores, as such games dont need to be installed from an app store.

Meanwhile, Jam City, which is going public in a special purpose acquisition company (SPAC), is barely worth $1.2 billion, or a few times sales, just barely more than Playco. Other companies that most people have never heard of Moon Active, Voodoo, Nexters, and Wildlife are all worth more in their valuations than companies like Jam City and Bungie.

Epic Games has been doing well in catching up with rivals. Epic has a huge revenue advantage over its rival Unity Technologies because of the success of Fortnite. But Unity went public in October at a $13 billion valuation and it saw its value rise to nearly $50 billion before falling back down again to $26 billion.

Epic Games raised $1 billion in August 2020 at a valuation of $17.3 billion. Then, just nine months later in April, investors decided that Epic was worth a lot more, valuing it at $28.7 billion after another $1 billion in private funding.

Epic probably doesnt feel like thats a really fair valuation, given its higher revenues and profitability. But if it did go public, maybe it would be worth far more, and Im sure Epic would feel like thats a fair relative valuation.

If you look at Discord, the audio and video communications firm was worth $7 billion in a private funding at the end of last year. But when it was talking to Microsoft for a potential acquisition, the expected price was above $10 billion. But some believe that if Discord holds out, it could eventually go public at a much higher valuation. 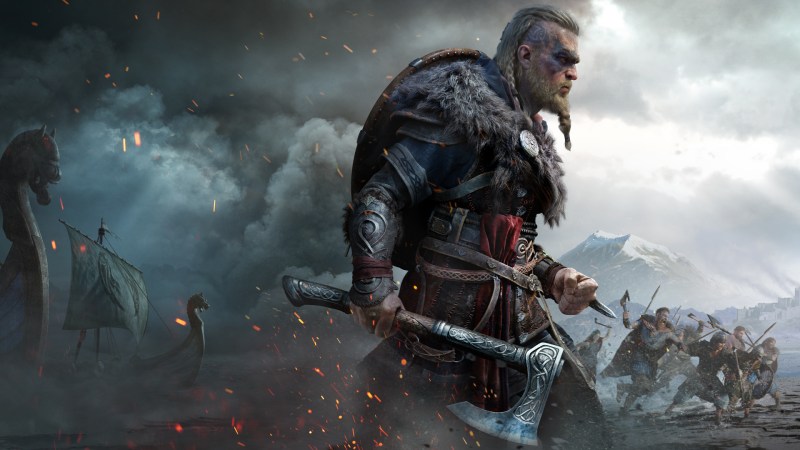 Above: Assassins Creed: Valhalla from Ubisoft.

Too often, we dont get this kind of information because investors and companies want to carry on some illusions about valuation or keep their competitors from finding out what theyre worth.

But now that so many deals have happened, were getting a good picture. And so we can ask these questions about whether some companies are fairly valued or are bargains. Is it fair that AppLovin, which just went public, is worth $25.7 billion, and Zynga, which went public in 2011 and has grown dramatically, is worth $11.2 billion while Take-Two, maker of Grand Theft Auto, is worth $20.5 billion? If I were an investor, I would think the numbers are flip-flopped.

And poor Ubisoft. Theyve got 15,000 or so employees and some very high operating costs, but theyre worth just $7 billion despite owning franchises like Assassins Creed and Watch Dogs. Meanwhile, Skillz, which is far younger as a company, is worth $8.4 billion.

I know I shouldnt think about whether these prices of things make sense or not. But it sure feels like were living in crazy times, and somewhere along the way the investors who take advantage of these insane valuation differences can somehow make money exploiting them. When we see the bubble pop or the shakeout happen, the companies that focus on delivering value over hype are going to have the last laugh. Microsoft, we need to have a talk 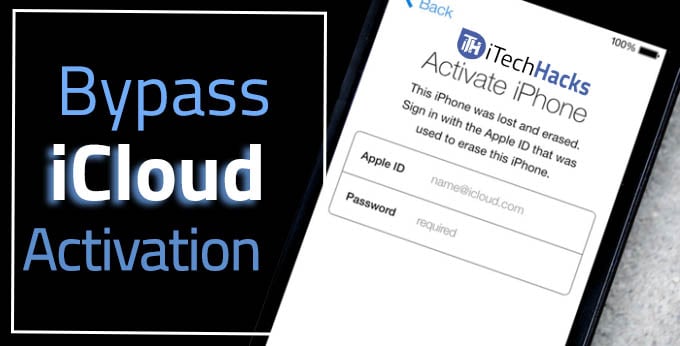