Prospective contributors regularly ask us about which topics Extra Crunch subscribers would like to hear more about, and the answer is always the same:

Our submission guidelines havent changed, but Managing Editor Eric Eldon and I wrote a short post that identifies the topics were prioritizing at the moment:

If youre a skillful entrepreneur, founder or investor whos interested in helping someone else build their business, please read our latest guidelines, then send your ideas to guestcolumns@techcrunch.com.

Thanks for reading; I hope you have a great weekend.

Debt is a tool, and like any other be it a hammer or handsaw its extremely valuable when used skillfully but can cause a lot of pain when mismanaged. This is a story about how it can go right.

Mario Ciabarra, the founder and CEO of Quantum Metric, breaks down how his company was on a “tremendous growth curve” and then the pandemic hit.

“As the weeks following the initial shelter-in-place orders ticked by, the rush toward digital grew exponentially, and opportunities to secure new customers started piling up,” Ciabarra writes. “A solution to our money problems, perhaps? Not so fast it was a classic case of needing to spend in order to make.”

If companies want to preserve equity, debt can be an advantageous choice. Here’s how Quantum Metric did it.

People have been working to optimize customer experiences (CX) since we began selling things to each other.

A famous San Francisco bakery has an exhaust fan at street level; each morning, its neighbors awake to the scent of orange-cinnamon morning buns wafting down the block. Similarly, savvy hairstylists know to greet returning customers by asking if they want a repeat or something new.

Online, CX may encompass anything from recommending the right shoes to AI that knows when to send a frustrated traveler an upgrade for a delayed flight.

In light of Qualtrics’ spinout and IPO and Sprinklr’s recent S-1, Rebecca Liu-Doyle, principal at Insight Partners, describes four key attributes shared by “companies that have upped their CX game.”

Image Credits: We Are (opens in a new window) / Getty Images

What is a microblogging service doing buying a social podcasting company and a newsletter tool while also building a live broadcasting sub-app? Is there even a strategy at all?

Yes. Twitter is trying to revitalize itself by adding more contexts for discourse to its repertoire. The result, if everything goes right, will be an influence superapp that hasnt existed anywhere before. The alternative is nothing less than the destruction of Twitter into a link-forwarding service.

Lets talk about how Twitter is trying to eat the public conversation.

Although it was a truncated holiday week here in the United States, there was a bushel of IPO news. We sorted through the updates and came up with a series of sentiment calls regarding these public offerings.

Earlier this week, we took a look at:

How Expensify hacked its way to a robust, scalable tech stack

Part 4 of Expensify’s EC-1 digs into the company’s engineering and technology, with Anna Heim noting that thegroup of P2P pirates/hackers set out to build an expense management app by sticking to their gut and making their own rules.

They asked questions few considered, like: Why have lots of employees when you can find a way to get work done and reach impressive profitability with a few? Why work from an office in San Francisco when the internet lets you work from anywhere, evena sailboat in the Caribbean?

It makes sense in a way: If youre a pirate, to hell with the rules, right?

With that in mind, one could assume Expensify decided to ask itself: Why not build our own totally custom tech stack?

Indeed, Expensify has made several tech decisions that were met with disbelief, but its belief in its own choices has paid off over the years, and the company is ready to IPOany day now.

How much of a tech advantage Expensify enjoys owing to such choices is an open question, but one thing is clear: These choices are key to understanding Expensify and its roadmap. Lets take a look.

Etsy asks, How do you do, fellow kids? with $1.6B Depop purchase

Etsy is buying Gen Z love. Think about it Gen Z is probably not the first demographic that comes to mind when you consider Etsy, so you can see why the deal may pencil out in the larger companys mind.

But it isnt cheap. The lesson from the Etsy-Depop deal appears to be that large e-commerce players are willing to splash out for youth-approved marketplaces. Thats good news for yet-private companies that are popular with the budding generation.

Confluent became the latest company to announce its intent to take the IPO route, officially filing its S-1 paperwork this week.

The company, which has raised over $455 million since it launched in 2014, was most recently valued at just over $4.5 billion when it raised $250 million last April.

What does Confluent do? It built a streaming data platform on top of the open-source Apache Kafka project. In addition to its open-source roots, Confluent has a free tier of its commercial cloud offering to complement its paid products, helping generate top-of-funnel inflows that it converts to sales.

What we can see in Confluent is nearly an old-school, high-burn SaaS business. It has taken on oodles of capital and used it in an increasingly expensive sales model.

How to win consulting, board and deal roles with PE and VC funds

Would you like to work with private equity and venture capital funds?

There are relatively few jobs directly inside private equity and venture capital funds, and those jobs are highly competitive.

However, there are many other ways you can work and earn money within the industry as a consultant, an interim executive, a board member, a deal executive partnering to buy a company, an executive in residence or as an entrepreneur in residence.

Lets take a look at the different ways you can work with the investment community.

The existential cost of decelerated growth

Even among the most valuable tech shops, shareholder return is concentrated in share price appreciation, and buybacks, which is the same thing to a degree.

Slowly growing tech companies worth single-digit billions cant play the buyback game to the same degree as the majors. And they are growing more slowly, so even a similar buyback program in relative scale would excite less.

Grow or die, in other words. Or at least grow or come under heavy fire from external investors who want to oust the founder-CEO and reform the company. But if you can grow quickly, welcome to the land of milk and honey.

Even among the most valuable tech shops, shareholder return is concentrated in share price appreciation, and buybacks, which is the same thing to a degree.

Slowly growing tech companies worth single-digit billions cant play the buyback game to the same degree as the majors. And they are growing more slowly, so even a similar buyback program in relative scale would excite less.

Grow or die, in other words. Or at least grow or come under heavy fire from external investors who want to oust the founder-CEO and reform the company. But if you can grow quickly, welcome to the land of milk and honey.

Hormonal health is a massive opportunity: Where are the unicorns?

There is a growing group of entrepreneurs who are betting that hormonal health is the key wedge into the digital health boom.

Hormones are fluctuating, ever-evolving, and diverse but these founders say theyre also key to solving many health conditions that disproportionately impact women, from diabetes to infertility to mental health challenges.

Many believe its that complexity that underscores the opportunity. Hormonal health sits at the center of conversations around personalized medicine and womens health: By 2025,womens health could be a $50 billion industry,and by 2026, digital health more broadly isestimated to hit $221 billion.

Still, as funding for womens health startups drops and stigma continues to impact where venture dollars go, its unclear whether the sector will remain in its infancy or hit a true inflection point.

3 lessons we learned after raising $6.3M from 50 investors

Two years ago, founders of calendar assistant platform Reclaim were looking for a “mango” seed round a boodle of cash large enough to help them transition from the prototype phase to staffing up for a public launch.

Although the team received offers, co-founder Henry Shapiro says the few that materialized were poor options, partially because Reclaim was still pre-product.

“So one summer morning, my co-founder and I sat down in his garage where wed been prototyping, pitching and iterating for the past year and realized that as hard as it was, we would have to walk away entirely and do a full reset on our fundraising strategy,” he writes.

Shapiro shares what he learned from embracing failure and offers three conclusions “every founder should consider before they decide to go out and pitch investors.”

For SaaS startups, differentiation is an iterative process

Although software as a service has been thriving as a sector for years, it has gone into overdrive in the past year as businesses responded to the pandemic by speeding up the migration of important functions to the cloud, ActiveCampaign founder and CEO Jason VandeBoom writes in a guest column.

VandeBoom notes that to scale sustainably, SaaS startups need to “stand apart from the herd at every phase of development. Failure to do so means a poor outcome for founders and investors.”

“As a founder who pivoted from on-premise to SaaS back in 2016, I have focused on scaling my company (most recently crossing 145,000 customers) and in the process, learned quite a bit about making a mark,” VandeBoom writes. “Here is some advice on differentiation at the various stages in the life of a SaaS startup.” 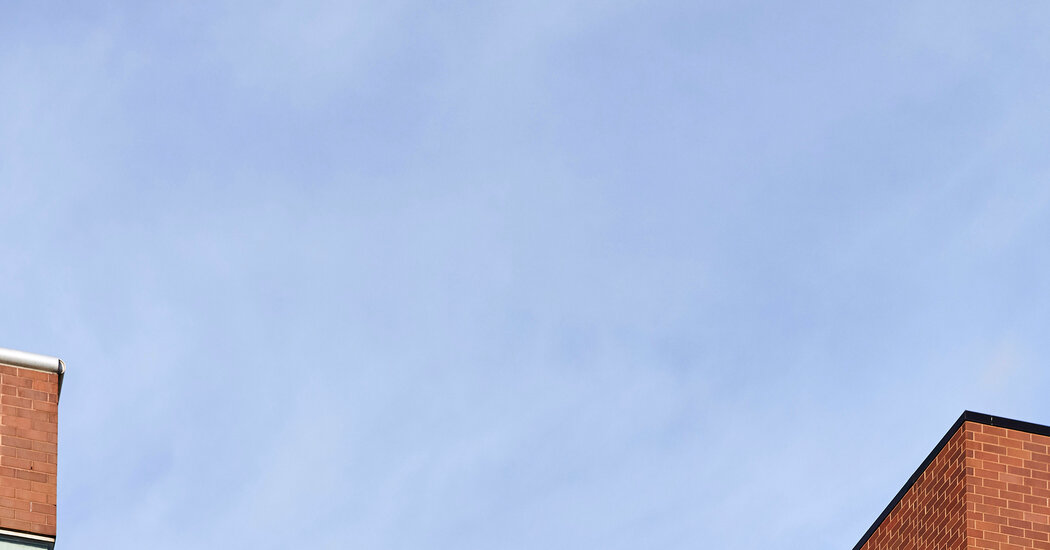