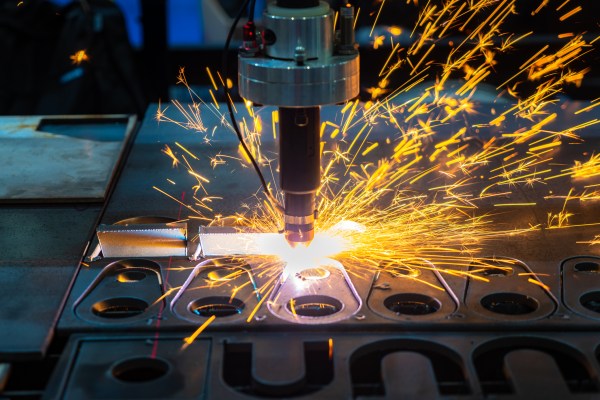 
Xometry, a Maryland-based service that connects companies with manufacturers with excess production capacity around the world, filed an S-1 form with the U.S. Securities and Exchange Commission announcing its intent to become a public company.

Growth aside, its clear that Xometry is no modern software business, at least from a revenue-quality profile.

As the global supply chain tightened during the pandemic in 2020, a company that helped find excess manufacturing capacity was likely in high demand. CEO and co-founder Randy Altschuler described his company to TechCrunch this way last September upon the announcement of a $75 million Series E investment:

“Weve created a marketplace using artificial intelligence to power it, and provide an e-commerce experience for buyers of custom manufacturing and for suppliers to deliver that manufacturing,” Altschuler said at the time. Xometry raised nearly $200 million while private, per Crunchbase data.

With Xometry, companies looking to build custom parts now have the ability to do so in a digital way. Rather than working the phones or starting an email chain, they can go into the Xometery marketplace, define parameters for their project and find a qualified manufacturer who can handle the job at the best price.

As of last September, the company had built relationships with 5,000 manufacturers around the world and had 30,000 customers using the platform.

At the time of that funding round, perhaps it wasn’t a coincidence that the company’s lead investor was T. Rowe Price. When an institutional investor is involved in a late-stage round, it’s usually a sign that the company is ready to start thinking about an IPO. Altschuler said it was definitely something the company was considering and had brought on a CFO, too, another sign that a company is ready to take that next step.

So what do Xometry’s financials look like as it heads to the public markets? We took a look at the S-1 to find out.

Xometry makes money in two ways. The first comes from one part of its marketplace, with the company generating substantially all of [its] revenue from charging “buyers on its platform. The other way that Xometry engenders top line is seller-related services, including financial work. The company notes that seller-generated revenues were just 5% of its 2020 total, though it does expect that figure to rise.