Mark Zuckerbergs Facebook page is having an extremely normal one, read: Marks latest gladiatorial displays to the mighty riff of Audioslave. As you can see, he is capable of firing bow and arrow and throwing a javelinor a spear of some sort. Also, yesterday he dropped whatever still-intact public pretense might have remained and told Apple that Facebook is coming for them.

After two videos of paramilitary exercises posted on Sunday and Monday, Zuckerberg announced that Facebook will keep engagement and subscription tools free for creators until 2023, and it wont be robbing you like Apple (and others, which means Google) with notorious app store commissions. He wrote:

To help more creators make a living on our platforms, were going to keep paid online events, fan subscriptions, badges, and our upcoming independent news products free for creators until 2023. And when we do introduce a revenue share, it will be less than the 30% that Apple and others take.

That 30% is a reference to Apples commission for purchases made through apps downloaded from the App Store. In an announcement about Facebooks free online events service, the VP of the Facebook app Fidji Simo wrote that creators can blame Apple for taking their earnings. We asked Apple to reduce its 30% App Store tax or allow us to offer Facebook Pay so we could absorb all costs for businesses struggling during COVID-19, Simo wrote. Unfortunately, they dismissed both our requests and [small and medium businesses] will only be paid 70% of their hard-earned revenue.

Facebook fully intends to weaponize the above fact in order to muster the influencers and turn them against certain Facebook competitors. Zuckerberg added that Facebook will be unrolling a tool so that influencers can compare their earnings by breaking down how different companies fees and taxes are impacting their earnings.

More to come soon, he warned.

Facebook has spent the better part of a year protesting Apples privacy update which compels iPhone users to opt-in or out of data collection by apps. Not only is this expected to hurt Facebooks ad network, but it draws uncomfortable attention to the fact that apps like Facebook, Instagram, and Messenger (and apps using Facebook ads) track our movements while browsing other apps and the internet.

A personal Tim Cook-Mark Zuckerberg rivalry flourished into a spectacular New York Times piece detailing attempts by a Facebook-backed political firm to anonymously smear Cook, even making a fake presidential campaign to turn Donald Trump against Cook. Meanwhile, speaking to the media and governments, Tim Cook has gotten to cast himself as a savior and raising the question what will it take to psych out this guy?

Zuckerberg named unrelated nemeses as the target audience for war games on Saturday, June 5th, claiming that an unnamed trail that I like to hike ran out of hiking permits and now only offers hunting permits. The message to Tim Cook was clear: Mark didnt want to become a hunter, but his hand was forced. 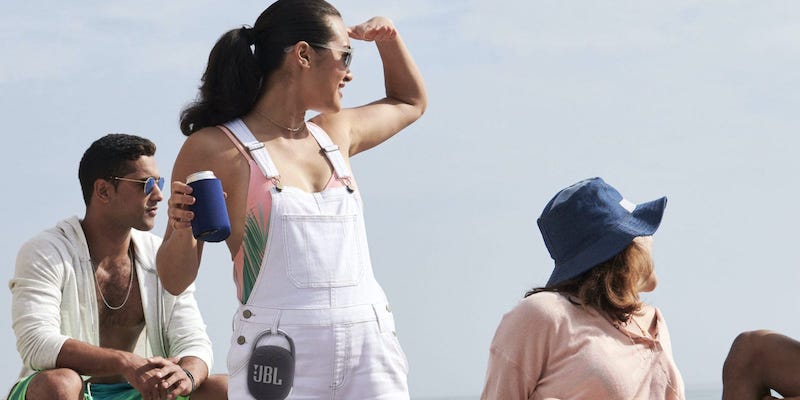 Must-have summer gadgets and accessories for 2021