In 2017, when many Bluetooth earbuds still had wires, Sony introduced its truly wireless WF-1000X, which somehow also managed to squeeze noise cancellation into a tiny pair of buds. Today its a standard feature on premium wireless earbuds, but despite all the competition, the new WF-1000XM4s prove that no one knows how to electronically shush the world like Sony.

Two years after the WF-1000X, Sony released its WF-1000XM3 wireless earbuds (for some reason there was never a WF-1000XM2 model, because Sony gonna Sony) and it solved its predecessors biggest problem: awful battery life. The WF-1000XM3s offered almost everything: excellent sound quality, 24 hours of battery life with their charging case, and the best noise-cancelling performance available. But a few months after their debut, Apples AirPods Pro arrived with a sleek design that made Sonys earbuds look monstrous by comparison. Design is still an issue.

The next generation of Sony’s noise-cancelling wireless earbuds with a lighter and more compact design that’s easier to keep in your ears.

Sony continues to lead the industry with its noise-cancelling technology, and when paired with new memory foam eartips, the WF-1000XM4 is remarkably effective at tuning out the world around you.

The WF-1000XM4 might still be a bit large and bulky for some users’ preferences, mine included.

A Charging Case That Actually Fits in a Pocket

Ask anyone whos ever had the chance to try the Sony WF-1000XM3 earbuds what the one feature theyd like to see improved is, and theyll inevitably say they wish the whole package was smaller and lighter. Excellent sound quality and noise cancellation mean nothing if youre always pocketing a smaller pair of wireless earbuds when you head out the door.

With the WF-1000XM4s, everything is smaller, including the charging case, which in addition to USB-C can now be wirelessly charged using a Qi-compatible pad. Its not quite as small as the AirPods Pro charging case, but its about half the size of the behemoth of a case the WF-1000XM3s called home. Despite the smaller footprint, the new WF-1000XM4s still offer the same 24 hours of battery life as their predecessors did, with eight hours from the buds alone, and an extra 16 hours when topped off with the case.

Big Buds, but They Carry It Well

The miniaturization has also been carried through to the actual WF-1000XM4 earbuds, but its starting to seem like theres an inevitable trade-off between excellent noise-cancelling capabilities and bud size.

The WF-1000XM4s are still some of the largest premium wireless earbuds out there, and like their predecessors Im hesitant to use them during more physical activities like jogging where your body is really bouncing around. There are smaller and lighter options that will better stay perched in your ear.

To Sonys credit, despite their size, the WF-1000XM4s do stay in your ears a lot better than the WF-1000XM3s did, and thats because instead of including silicone eartips, inside the sparse packaging are three pairs of different sized memory foam eartips. Like an earplug, the foam material returns to its original shape after being squished, so when inserted into your ear (I find squeezing and squishing them first results in a better fit) the tips expand and do a much better job of keeping the earbuds securely in place.

Memory foam eartips arent a new idea; companies like Comply sell foam replacements for nearly any earbud on the market. But while its recommended to replace third-party options every month or so as they get dirty and lose their elasticity, Sony promises the memory foam its using should remain effective for the life of the earbuds.

A Quiet Place Wherever You Go

Even if I dont think active noise-cancelling is perfect and completely essential yet, the Sony WF-1000XM4 wireless earbuds give me hope that one day it will be. When paired with the snug-fitting memory foam eartips, the sound cancellation with the WF-1000XM4s is a dramatic step up from every pair of wireless earbuds Ive tested to date. With limitations on travel and wanting to be a responsible socializer during an ongoing pandemic, most of my ANC testing has been done using a series of pre-recorded sounds (a noisy coffee shop, in-cabin sounds of an Airbus A320 in flight, and crowded trains and buses) piped through a large Bluetooth speaker.

The Sony WF-1000XM4 earbuds are so good at muting deeper frequencies (no noise-cancelling solution gets rid of all sounds, and most are less effective for higher frequencies) that when ANC was turned on I assumed my laptop had lost its connection to the Bluetooth speaker and the recorded sounds I was hearing were being piped through my computers weak speakersbut that wasnt the case. If youre a frequent traveler, or easily distracted at work, you wont find a more effective set of noise-cancelling earbuds.

What You Do Hear Sounds Great

If theres one thing you can rely on when it comes to consumer tech, its that a flagship pair of Sony headphones are going to sound fantastic, and unsurprisingly, the WF-1000XM4 earbuds deliver exactly that.

Out of the box, listening to music with the WF-1000XM4s is like watching a movie on a well-calibrated TV. Theres a perfect balance between high and low frequencies, and the former sounds crisp and clear while the latter comes through without sounding muffled or overdriven. Despite the physical size of the WF-1000XM4s, youll actually only find 6mm drivers inside, whereas companies like Master & Dynamic have managed to squeeze larger 11mm drivers into buds that are physically much smaller.

Ive always preferred headphones with bigger drivers and stronger bass performance, and as a result I will probably still keep reaching for the Master & Dynamic MW08 wireless earbuds over the WF-1000XM4s. When the beat drops at around the 30-second mark of the Tropic Remix of Surf Mesas ily, theres a satisfying snap with every note hit thats not quite as emphatic through the Sony WF-1000XM4 earbuds.

That being said, even with 6mm drivers, the bass performance of the Sony WF-1000XM4s is still excellent. When boosted using the customizable equalizer and a Clear Bass slider in the Sony Headphones mobile app, lower frequencies never sound distorted or artificially over-driven. Sound quality and ANC have become two of the most important features with wireless earbuds, and the Sony WF-1000XM4 not only tick both boxes, they outperform nearly everything else Ive tested.

Extras That Sweeten the Pot

As the premium wireless earbud market becomes more and more saturated, companies are leaning on added value features to help distinguish their products. For Bowers & Wilkins PI7 earbuds, its a feature that turns the charging case into a wireless broadcaster for almost any audio device. The Sony WF-1000XM4’s extra features are less gimmicky.

Although the very useful multi-device connectivity of Sonys over-ear WH-1000XM4 headphones is missing here, the voice detection has been carried over, and the WF-1000XM4s will automatically pause your music and turn on ambient sound boosting when you start talking, or when someone nearby starts talking to you, so you can effortlessly engage in conversation without having to reach for the pause button. Call quality is also good, although people on the other end of the line Ive spoken to say its not quite as good as if I was speaking directly into the phone.

The touch controls on each earbud work well, and the functionality of each side can be customized through the Headphone app. The app also includes the ability to turn on Adaptive Sound Control, which automatically turns ANC and ambient sound boosting on and off depending on your activity and physical location using your phones GPS (you might want as much silence as possible in your local coffee shop). Theres even an Analyze ear shape function which helps you choose the right set of foam eartips by using the buds mics to listen for sound leaks.

Worth the Upgrade? It Depends on Your Priorities

Two years and one pandemic later, the new Sony WF-1000XM4 earbuds deliver just about every improvement users of its predecessor have asked for, albeit with a price tag thats now $50 more. As premium wireless earbuds go, at $280 the WF-1000XM4s are far from the most expensive option out there, but still manage to outperform most of their pricier alternatives.

If sound quality and comfort are your top priorities, I would still recommend the Master & Dynamic MW08 wireless earbuds over the new Sony WF-1000XM4s, even though theyre $20 more expensive. Theyre smaller, lighter, and more comfortable to wear, while packing 11mm drivers that deliver wonderfully full sound with bass performance that rivals many over-ear headphones. Their active noise cancellation is also very good, and their battery life crushes the WF-1000XM4s with 12 hours on buds alone, or 42 hours in total when topped off with the charging case.

If noise cancellation is of the utmost importance to you, the WF-1000XM4s might be a bit bulky, but with a pair of hefty microphones on each bud (facing forward and back), they prove Sony has once again raised the bar when it comes to silencing the world around you. 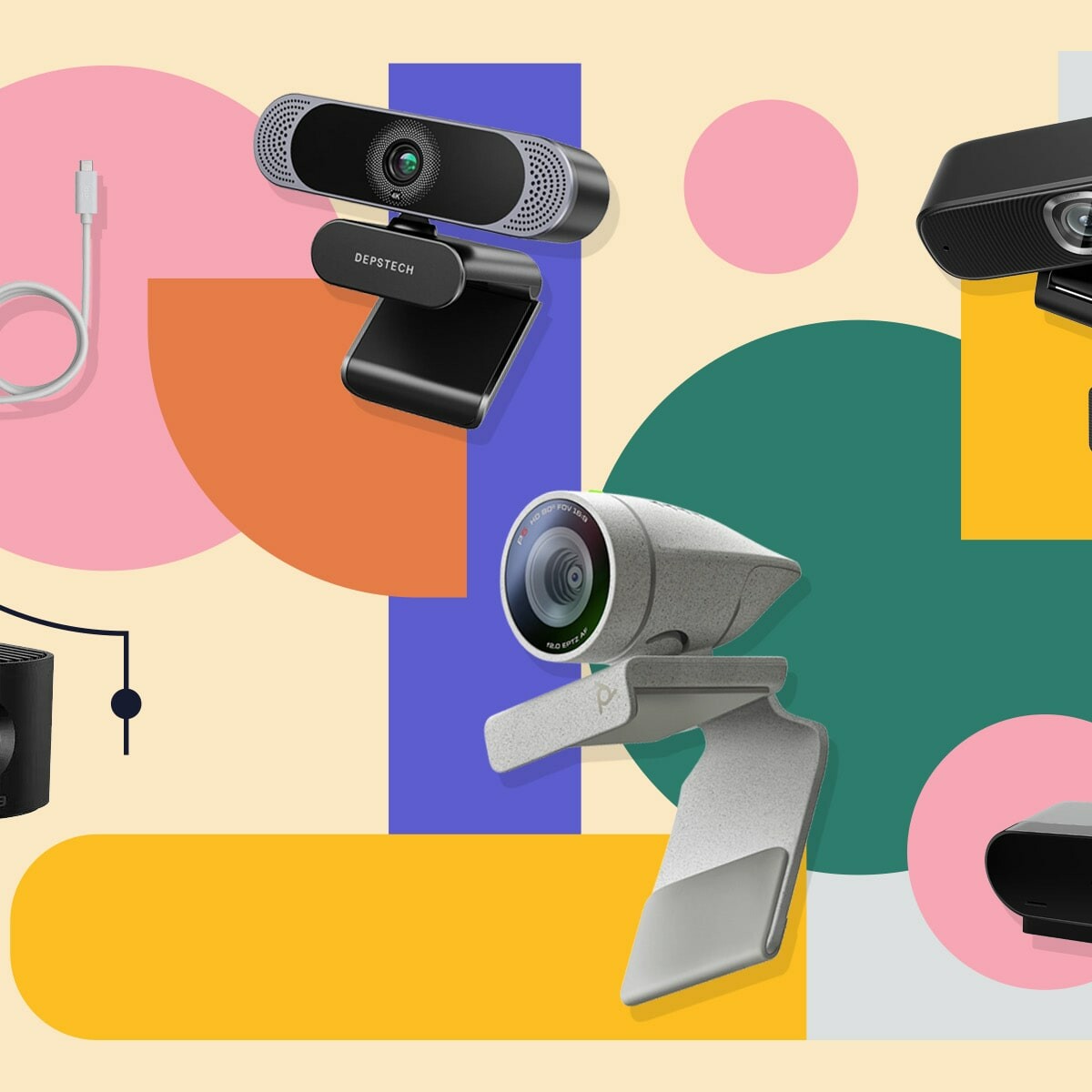 Sony SRS-RA5000 review: 360 Reality Audio is only part of the story | Engadget 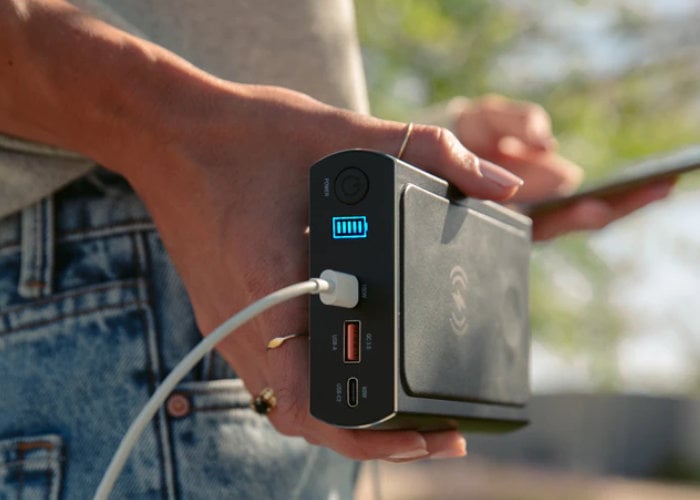