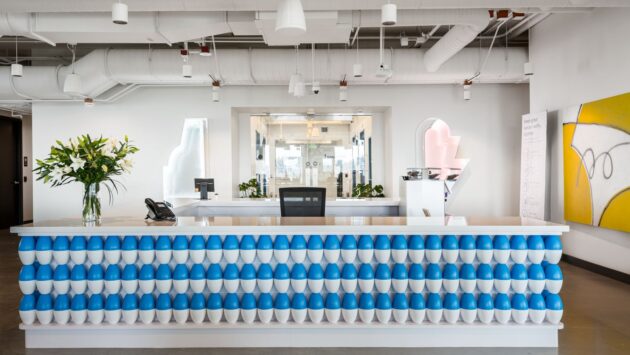 
WeWork is closing its location in the Ballard neighborhood of Seattle less than two years after the space opened as the office-sharing company restructures its real estate footprint amid continued fallout from the COVID-19 pandemic.

In an email on Monday to at least one tenant at 1448 NW Market St., obtained by GeekWire, WeWork set a move-out date for just over a week from now, on June 16.

As you may know, over the past several months, WeWork has been conducting an in-depth review of our global real estate portfolio in order to optimize our assets and operations around the world, said the email, signed by Robin Cardoso, NW area director, and Cody Morrison, NW portfolio director. As we work to strengthen our footprint, we look forward to transitioning you and your team to a nearby WeWork space.

A company spokesperson declined to comment to GeekWire on the Ballard closure, how many tenants were currently using the space or whether any other locations in the Seattle area might be closing.

This unexpected exit is a step backwards for Ballard to establish itself as a neighborhood to both work and live for many in tech.

Eric Schudiske, founder and CEO at s2s Public Relations and Communications, said the news was completely unexpected and he was taken aback by the short notice. Hed just signed a six-month lease in March for a four-person office at the location.

Its really a shame for Ballard, which deserves quality modern office space, Schudiske said. This unexpected exit is a step backwards for Ballard to establish itself as a neighborhood to both work and live for many in tech.

Schudiske said he was using the space during working hours and while his team is mostly working from home, up to three s2s employees would work from WeWork about once a week.

WeWorks website lists 10 other office-sharing locations in the Seattle region, including seven in the city and three in nearby Bellevue, Wash. about half of what it had or planned to open in the area back in 2019.

WeWork in Ballard opened in December 2019 in a new development alongside Target, Polyclinic and Equal Exchange Coffee. The 76,500-square-foot space was spread over two floors and decor played off the neighborhoods maritime roots.

Founded in 2010, New York-based WeWork saw dizzying growth as it rode the tech boom with the opening of locations around the world. Its website says it now has more than 800 locations in 118 cities.

For most of its lifetime, it had been associated with providing small, flexible office spaces for startups getting off the ground and companies not yet ready to commit to a permanent office. By 2019, WeWorks fastest growing business was servicing big companies with more than 1,000 employees.

But WeWork saw its valuation drop spectacularly from $47 billion to $8 billion in late 2019 after investors balked at its financial metrics as it planned aninitial public offering. Co-founder and CEO Adam Neumann was forced out and the company went on to lay off thousands.

The arrival of the pandemic cast doubt on the future of co-working spaces as people retreated from offices to work from home. Seattle-based startupThe Riveter, which set out to build a national network of women-oriented co-working spaces, shut down all nine of its locations in May 2020 due to the ongoing workplace uncertainty.

WeWork reported a net loss of $2.06 billion for the first quarter this year as it was hit by restructuring charges, Reuters reported on May 20. The company said it had 490,000 members in the first quarter, compared to 693,000 in March 2020.

WeWork has now agreed to go public through a merger with the special purpose acquisition company (SPAC) BowX Acquisition Corp. The deal values WeWork at $9 billion.

The Associated Press reported in March that despite the pandemics effect on where and how people work, WeWork is still poised for success as the economy recovers. The company is forecasting 1.5 million total memberships by some point in 2024.

After opening its first location in Seattle at 500 Yale Ave. N. in 2013, WeWork expanded rapidly in the region, reaching 1.7 million square feet of leased office space in March of 2019. The footprint made WeWork one of the largest office space occupiers in the Seattle area alongside Amazon, Microsoft and Boeing.

By October 2019, the company had opened or announced 22 locations in Seattle.

Jon Slavet, WeWorks managing director for the West, told GeekWire in August 2018 that Seattle was a bright shining star for the company and that region is one of the most dynamic markets in the world. He cited a combination of some of the fastest-growing companies in the tech industry and an ever-expanding roster of out-of-town companies needing space immediately.

Despite its success in the region, WeWork did cancel plans for a WeLive co-living residential project at a 36-story building in Seattles Belltown neighborhood. Plans for the Third & Lenora building, to be developed by Martin Selig Real Estate, called for 384 apartments and 200,000 square feet of co-working space, in addition to common areas and retail spaces and a 5-level parking garage.

The email to Ballard tenant Schudiske this week said that WeWork could offer him and his team space at nearby locations, and that WeWork would provide moving services.

But Schudiske told GeekWire hes moving to the Washington Maritime Blue incubator at nearby Fishermans Terminal. Scotsman is a 3D-printed electric scooter custom made for your body size, riding style Pinterest wants to remind you to be kind online 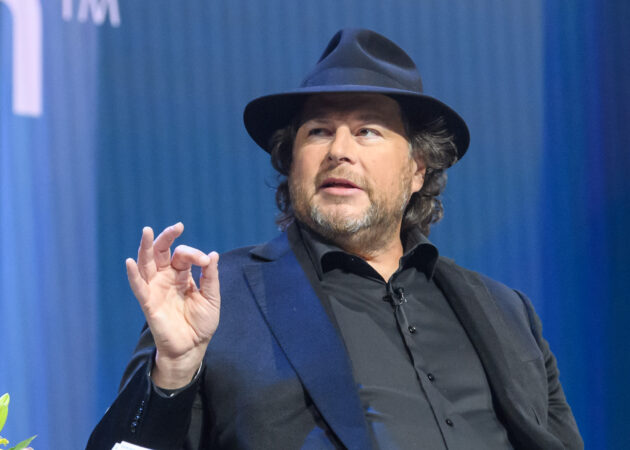