If you’re in search of an intense workout like you’d get at a gym but don’t want the monthly membership fee orlimited capacitythat’s still in effect at most fitness centers, consider buying anellipticaland take yourworkout program home. It can be time consuming to sort through the hundreds of models on the market to find the best elliptical, so I did the research for you by testing and comparing machines at home.

An elliptical differs from atreadmillbecause it’s low impact and can reduce stress and strain on your knees and legs. If you use the handles, an elliptical machine also gives you a whole body workout that’s similar to the motion of natural walking.

Keep in mind that some elliptical brands may not have resumed their white-glove delivery service yet, so you may have to put these machines together yourself (like I did).

The NordicTrack Commercial 14.9 really has it all — an adjustable stride length, a 14-inch color touchscreen, oversize cushioned pedals, auto-adjustment capabilities and Bluetooth compatibility. At 32 pounds, this elliptical machine also has one of the heaviest flywheels on the market. When you combine that with magnetic resistance, the end result is an impressively quiet machine with smooth movement.

One of the things that really makes this machine stand out is that it’s fully integrated with iFit, an immersive training experience that gives you access to elite personal trainers and structured, guided workouts. When you choose a workout through iFit, you’re taken through terrain in places like Chile and the Canary Islands as an elliptical trainer guides you through a simulated workout that automatically adjusts both incline and resistance on your machine as you go. And the 14-inch touchscreen made it that much better and more realistic.

You get one year of iFit for free with the NordicTrack Commercial 14.9, and then it’s $15 per month for an individual plan or $39 per month for a family plan. You also have the option to skip iFit altogether and run the machine manually, but the iFit experience really takes this elliptical trainer from good to great.

The only real “con” of this machine is that it’s big. Because this exercise machine was technically designed for commercial use, it takes up a lot of space in a home gym, both horizontally and vertically. It’s not only the largest horizontally, it’s also the tallest machine of the bunch, so when I was standing on it, I felt like my head was pretty close to the ceiling, even at average height. If you like all of the features of the 14.9, but want something that’s just a little bit smaller (and a little bit less expensive) the NordicTrack Commercial 12.9 is almost the same thing — it does have a smaller screen and a slightly lighter flywheel — in a more compact size.

One of the biggest hesitations in purchasing a traditional elliptical machine is the size. There are a lot of compact ellipticals out there, but as a general rule, you have to sacrifice performance for space. That’s not true of the ProForm Carbon HIIT H7, though. Unlike other ellipticals that take up a lot of horizontal space, the Carbon HIIT H7 has a vertical design that makes this home elliptical more reminiscent of a stair stepper machine, rather than an elliptical.

Because of the way it’s designed, it takes up about half the space of a regular elliptical. It’s not just about space, though. The 10-inch vertical and five-inch horizontal elliptical path were intentionally combined to give you a better workout intensity and a higher calorie burn. The stride definitely felt different than a traditional elliptical machine, but when using the machine, my legs were on fire, in all the best ways. I especially felt it on my glutes and the backs of my thighs, similar to the places a stair climber targets. However, since your foot never leaves the foot pedal, it’s still a zero-impact workout that puts less stress on your body than stair climbing or other cardio workout options.

Another thing that made this elliptical machine stand out from the rest is that it’s really quiet. When compared to some of the other higher-end ellipticals, this one was considerably less noisy. That’s because instead of air resistance, it uses Silent Magnetic Resistance, or SMR, a trademarked form of resistance that’s smoother and quieter. It was also really stable, without any rocking or shaking at all, even at high speeds.

Because ProForm is owned by Icon Health & Fitness, like the NordicTrack, this machine comes equipped with iFit, which is another huge check in the pro column. And the seven-inch HD touchscreen on the console made the iFit experience hyper-realistic and easy to navigate.

One thing that bothered me about the ProForm Carbon HIIT H7 was that there’s no place to put a tablet. This isn’t a major deal, especially if you’re utilizing iFit, since you likely wouldn’t be paying attention to your tablet anyway, but I thought it would be a nice additional touch for those who have other fitness memberships. I also didn’t like the fact that there’s no power button. The manual says the machine has auto shut-off, but it never kicked in for me. I had to unplug it to turn it off when I wasn’t using it — something that was inconvenient for a high-end machine.

While ellipticals are categorized as one of the lowest-impact cardio machines, they can still be too much for anyone with joint pain, healing injuries and/or mobility issues. That’s where the Teeter FreeStep LT3 Recumbent Cross Trainer and Elliptical comes in. Similar to a recumbent bike, because of its recumbent — or reclined and seated — position, the Teeter FreeStep eliminates stress on your joints and takes the load off your back, so you can get a great workout in without premature body fatigue.

In addition to being easy on the joints, it’s also really simple to use. The console is the most straightforward of the bunch, so you don’t need to be really tech savvy to get it going. It has one button that you can press to toggle between time, distance, speed and calories. There’s also an adjustable knob right under the seat that you can use to change your sitting position and you can move the angle of the seat for a more customized position.

One warning: it’s easier to phone it in when using this machine compared to others. Because you’re sitting back, instead of standing up, it’s tempting to lean back and give the minimal effort required to check “work out” off your to-do list, but if you stay mindful of that and keep the adjustable resistance as high as you can, you’ll get a really great workout with almost zero impact.

If you want a really great elliptical workout without shelling out a lot of cash, the Schwinn 411 is an excellent budget-friendly option that’s well-made and sturdy. Even though this compact elliptical is smaller in overall size, it still has an 18-inch stride length, so you get full range of elliptical motion when doing your workout. The compact size also makes it considerably lighter than other machines, so you can move it around pretty easily if you have to push it against a wall or into a corner for storage.

As far as features go, this elliptical is nothing to write home about. It has a colorless display and basic functions with three settings — manual, interval and rolling hills — that you can control with push buttons on the console. But this lack of technology is actually one of the things that makes the Schwinn stand out. It’s easy to operate and there’s not a lot of room for human error (it took me a little while to get used to operating the machines with iFit), so if you’re someone who doesn’t like a technology-heavy machine, this is a great option for you.

When it comes to basic performance, the Schwinn 411 does the trick. The pedals moved smoothly and easily without any jamming or the stunted motions that are common with smaller machines. It was also surprisingly steady and there was no rocking or shaking at all. This machine was a little noisier than the others, though, although it wasn’t obnoxiously loud.

If you do want advanced technology, you can sync the Schwinn 411 to the Explore the World app. The app features 19 locations and 27 routes that give you a similar real-time feel to iFit, while also tracking your speed and distance. There’s nowhere for the app to display on the machine though, so you’ll have to follow along on your phone or tablet.

The Nautilus E618 is the most comfortable elliptical in the bunch. The upright position feels the most natural, and the pedals have a smooth, comfortable stride that isn’t shaky or hindered in any way. The pedals themselves are large and really comfortable. They’re also adjustable, so you can pitch your stance forward to work different muscle groups as you pedal. You can also control the resistance and incline on the handles, which makes it really convenient if you’re moving at a quick pace and you want to adjust without having to interrupt your flow.

Nautilus has its own fitness app, called Explore the World, that’s similar to iFit, although I liked iFit better. Because this particular machine only has a small, colorless display, the experience isn’t as fully integrated as the NordicTrack Commercial 14.9, but if you have an iPad or a tablet, you can run the app through there and set it on the console in the secure dedicated spot.

The movement is really smooth, but this machine is noisier than some of the others on the list. One of the other downsides of this machine compared to others is that, while it’s Bluetooth enabled, that Bluetooth only transmits your workout data to a fitness app. It can’t play audio or connect to a chest strap. It would have been nice if the Bluetooth capability was multifunctional.

Our Health & Wellness newsletter puts the best products, updates and advice in your inbox.

My main goal was to choose a variety of ellipticals with different things to offer. I know that many people prefer the most advanced technology and top-of-the-line features, like iFit, while others just want a machine that’s simple to operate, gets the job done and doesn’t have a lot of bells and whistles. I thought it was important to include machines on both sides of that spectrum, as well as some that fall somewhere in the middle.

I also considered price points. It’s generally a lot easier to find a great elliptical if you’re willing to shell out a couple thousand dollars, but many people don’t have that kind of disposable income, especially right now. That’s why I included ellipticals in a variety of different price points.

After choosing which ellipticals I wanted to consider, I cleared out a front room in my house and had them all delivered around the same time so that I could test them separately and easily compare them to each other. I spent several months testing them out, by doing a variety of different workouts for at least 30 minutes on most days of the week.

I cycled through all of the preprogrammed features on the machines themselves and did various different workouts with iFit, for the compatible machines. I also included manual workouts, where I adjusted my incline and resistance based solely on how I was feeling, or what type of workout I wanted to do that day, rather than relying on the programmed settings alone. 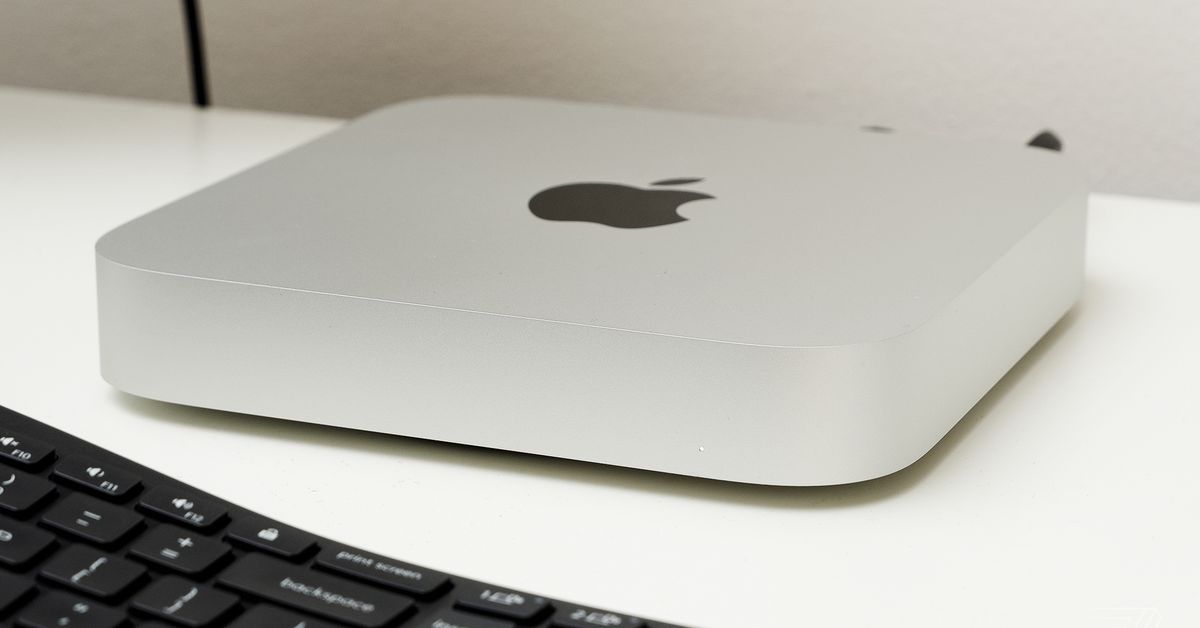 Apple AirTags rely on UWB location tech: What you need to know