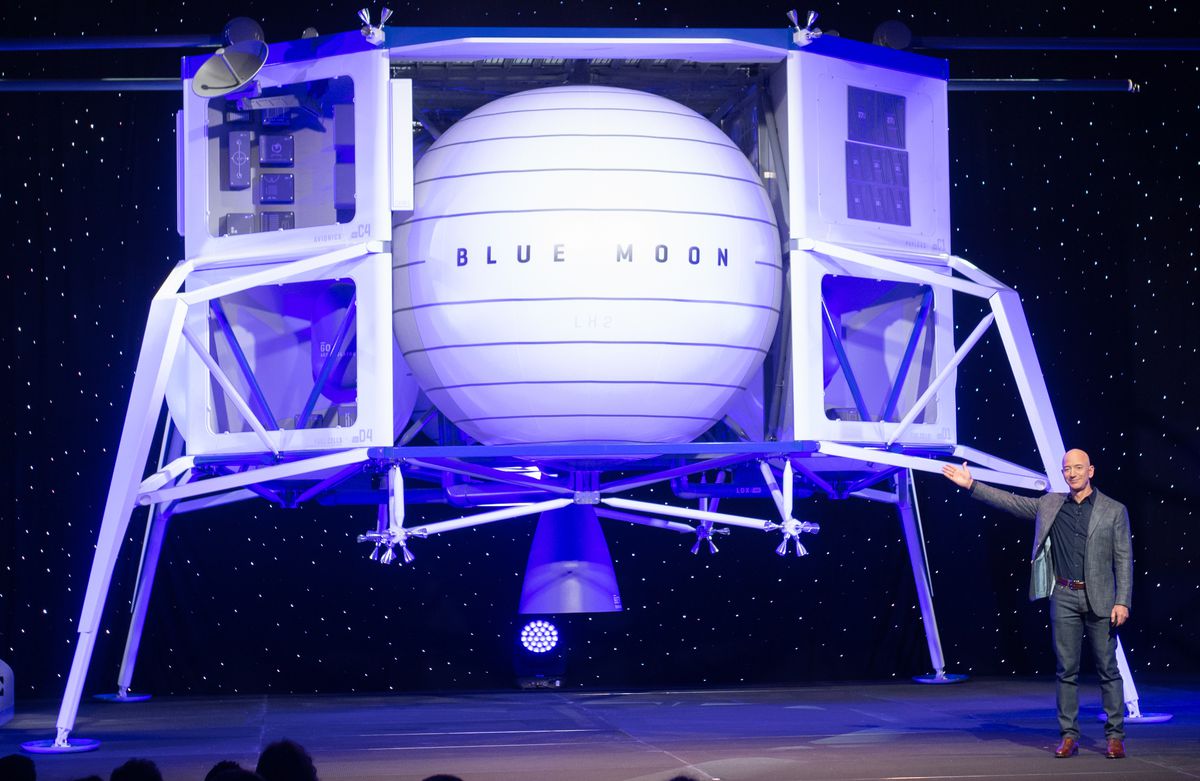 
A controversial amendment pushed by Jeff Bezos space firm Blue Origin passed the Senate Wednesday night, inching closer to becoming law. Crammed inside a mammoth science and technology bill designed primarily to counter competition from China, the amendment would allow NASA to spend up to $10 billion on its embattled Moon lander program. Aside from countering China, it also marks the latest development on Bezos warpath to counter competition from Elon Musks SpaceX.

For Blue Origin, the $10 billion boost is a key weapon in an enduring rivalry between the countrys two richest people one way or another, the company hopes parts of the funding could help give it a better chance to compete with SpaceX. Its just one front in a wide-ranging effort to change the outcome of NASAs watershed Human Landing System competition: the space agency gave SpaceX, and only SpaceX, a $2.9 billion contract in April to launch its first two missions to the Moon by 2024, upsetting expectations that two companies would be picked.

NASA says it picked SpaceX because it had the best and most affordable proposal, and only SpaceX because it didnt have enough funds to pick a second company. Last year, Congress gave NASA a quarter of what it requested to fund two separate lunar landers. Blue Origin and Dynetics, the two losing companies, filed protests with the countrys top watchdog agency, the Government Accountability Office, triggering a pause on SpaceXs award that could last until August 4th. Among dozens of counterarguments, Blue Origin says NASA unfairly gave SpaceX a chance to negotiate its contract that other bidders didnt get and unfairly snubbed its roughly $6 billion proposal.

The stakes are high: If the GAO supports Blue Origins arguments, it could reset the whole lunar lander competition and delay NASAs goal to put humans on the Moon by 2024 the main deadline in the agencys Artemis program. If the GAO rejects the companys protest, things proceed as planned and SpaceX resumes or begins its Moon lander work.

But, in its two-pronged fight on Capitol Hill and at the GAO, Blue Origin might not want any ruling on its protest at all.

Lawyers and lobbyists for Bezos company argue that NASA, at any time during the GAOs review of the protest, can simply exercise its ability to make a formal corrective action to its HLS decision, enter negotiations with any of the two losing bidders, then pick one as a second contractor that would develop its lunar lander alongside SpaceX without having to reopen the whole competition. If the corrective action plan settles any of the issues raised in Blue Origins protest, then GAO lawyers would dismiss the protest. Such settlements are not uncommon nearly half of all 2,137 bid protests last year were dismissed because an agency took corrective action.

But its extremely unlikely NASA would opt to suddenly reverse its HLS decision through a corrective action. Formally responding to Blue Origins protest late last month, the agency fiercely defended its award decision in a lengthy rebuttal filed with the GAO, according to people familiar with the process. Agency staff involved in the NASA effort worry that a reversal could set a bad precedent and are concerned that adding another company might jumble the terms of SpaceXs current award and potentially spawn another legal nightmare.

However, one reason to correct the decision, some argue, would be if NASA had some assurance that itd have enough money to pay for a second contractor. Thats where Blue Origins herculean lobbying effort comes into play.

Senators Maria Cantwell, a senior Democrat from Blue Origins home state of Washington, and Roger Wicker, a Republican from Mississippi, proposed the amendment that passed the Senate last night. In its original version, it would have vaguely forced NASA to pick at least one more contractor within 30 days from the bills enactment and use $10 billion to fund the whole program SpaceXs contract and the hypothetical second companys contract through 2026. Cantwell had been irked by NASAs decision to pick one company and penned the language to promote commercial competition, aides say.

When we landed on the moon, there was great collective pride in that achievement. Our space program should be something that we ALL take part in. We shouldnt hand over $10B in corporate welfare to Jeff Bezos or Elon Musk, who are jointly worth $350B, to fund their space hobby. pic.twitter.com/f1uLPXPjuR

A bipartisan chorus of opposition followed, with Sen. Bernie Sanders one of Washingtons leading critics of Jeff Bezos and other billionaires calling it a multi-billion dollar Bezos Bailout and counter-proposing to delete the Cantwell-Wicker language entirely. Ive got a real problem with the authorization of $10 billion going to somebody who, among other things, is the wealthiest person in this country, Sanders, who voted against the bill last night, said earlier this month. Cry me a river, said Republican Sen. Rand Paul (R-KY) in a tweet on Blue Origins protest. Jeff Bezos lost out on a space contract so now Senate inserts a Bezos bailout provision for $10 billion for his space company??

THIS AMENDMENT IS NOT ABOUT COMPETITION. THIS IS A HANDOUT

THIS AMENDMENT IS NOT ABOUT COMPETITION. THIS IS A HANDOUT, the SpaceX memo, a copy of which was shared with The Verge and first reported by The Washington Post, screams in all-caps. It adds: Blue Origin has received more than $778 million from NASA, the Air Force, and the Space Force since 2011, and it has not produced a single rocket or spacecraft capable of reaching orbit.

The amendment doesnt explicitly command NASA to add another Moon lander contractor to work alongside SpaceX, or even pick Blue Origin for that matter chunks of the $10 billion could very well go to SpaceX in the future. But the 30-day deadline was seen as a de facto mandate to do so, since creating a new development program in that slim window would be unlikely, and because Blue Origins lander proposal came in second place behind SpaceXs. After weeks of negotiations between NASA and Congress, the amendments 30-day deadline was expanded to 60 days, and the funding year stops at 2025 instead of 2026, according to the version of the bill that passed, locking in a concession intended to give NASA more flexibility to use the $10 billion according to its original plan.

Blue Origins National Team is sticking together through the fight

That plan includes future competitions, like a development program that could give companies some $15 million to mature their lunar lander designs, or a bigger competition to provide NASA with routine transportation to the Moon. But Blue Origin doesnt want to wait for those programs to open up. Its leading a national team of companies it marshaled in 2019 to build a winning Moon lander proposal. That team includes Northrop Grumman and Lockheed Martin, two publicly traded space and defense contractors that could decide to jump ship and work on their own proposals for the follow-up awards, some in the space industry speculate.

Bezos National Team, though, is still together. Draper Laboratory, the third firm on Blue Origins team, won a separate $49 million contract late last month to build avionics software partially to support NASAs Artemis campaign of missions to not just return to landing on the moon, but to create a sustained presence in lunar vicinity, according to a contract document. Its unclear if that software will support SpaceXs Moon lander, Starship.

Drapers work under this award may include NASAs human landing system, but we dont know yet, Pete Paceley, Drapers vice president of civil space, told The Verge, adding that Draper remains a member of the National Team. If we do work on HLS under this contract it will be in direct support to NASA.

no realistic chance of returning U.S. astronauts to the Moon by 2024

As for the Blue Origin-backed Cantwell amendment, which survived the Senate, its unclear if itll survive the House. Rep. Eddie Bernice Johnson (D-TX), who chairs the House committee and subcommittee that oversees NASA, has come out against NASAs overall approach to getting to the Moon. A spokeswoman for Rep. Johnson declined to offer comment on the fate of the amendment. In an earlier statement related to NASAs award to SpaceX, Rep. Johnson said there was still an obvious need for a re-baselining of NASAs lunar exploration program, which has no realistic chance of returning U.S. astronauts to the Moon by 2024.

No one knows when the House could vote on the amendment, and its unclear how much itll change in the process. Other members of Congress have thrown their support behind NASAs Moon program. NASAs new administrator, former Senator Bill Nelson, has been barnstorming Capitol Hill with meetings and public statements since the first week he took office, rallying support for his agencys Moon program.

The U.S. Innovation and Competitiveness Act, which includes the NASA authorization bill, is an investment in scientific research and technological innovation that will help ensure the U.S. continues to lead in space and sets us on a path to execute many landings on the Moon in this decade, Nelson said in one such statement from late Tuesday, after the Senate passed the science and technology bill that the Cantwell amendment was crammed into. I applaud the Senate passage of the bill and look forward to working with the House to see it passed into law. 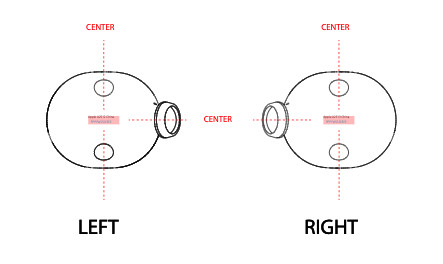