Today, lets talk about one of Apples many announcements this week at its Worldwide Developer Conference, which some see as a possible threat to the rise of journalism distributed by email. If that sounds self-indulgent, given that its coming from a journalist who distributes his work via email, I apologize. But it touches on so many of the subjects of interest to us here a tech giants ability to reshape markets to its liking; how journalism will navigate the platform era; what we mean when we talk about privacy that I hope I can pique your interest at least a little.

Start with the announcement. On Monday at WWDC, Apple announced Mail Privacy Protection, which will limit the amount of data that people who send you emails can collect about you. Heres how the company describes it:

In the Mail app, Mail Privacy Protection stops senders from using invisible pixels to collect information about the user. The new feature helps users prevent senders from knowing when they open an email, and masks their IP address so it cant be linked to other online activity or used to determine their location.

When you eventually update your iPhone to iOS 15 this fall, youll see a screen at launch that invites you to opt in.

Lets assume most Apple Mail users opt in. How necessary is this data to building email-based businesses? Over the past day Ive read and heard lots of disagreement.

Some quick background for the non-email obsessives. Long ago, email marketers began including invisible pixels in the emails they send you; when you open their messages, those pixels load, telling the sender that you read their message, and might also infer your location from your IP address.

Collectively, the percentage of people that actually open emails is known as the open rate, and its one of the most important metrics that senders measure to gauge the effectiveness of what theyre doing. It gives you a sense of how engaged your audience is, and how that engagement is changing over time.

At the same time, there is a fairly long tradition of people finding this creepy. The email startup Superhuman had to apologize in 2019 after a viral blog post explained how the company tracked when, where, and how often people opened emails sent through its service. The Markup, a nonprofit newsroom that often focuses on issues of data privacy, turned down eight potential email providers before finding one that would agree to turn off tracking capabilities.

Last year, when Basecamp launched the email service Hey, it made the blocking of tracking pixels a marquee feature. In a blog post today, Basecamp cofounder David Heinemeier Hansson no fan of Apple in general! declared victory against tracking pixels. He wrote:

Given Apples monopoly advantage with their preinstalled Mail app, we dont need much of an uptake from what theyre calling Mail Privacy Protection to break the dam on spy pixels. You cant really say anything authoritatively about open rates if 5-10-30-50% of your recipients are protected against snooping, as you wont know whether thats why your spy pixel isnt tripping, or its because theyre just not opening your email.

Theres also simply no way users are going to willingly accept the premise of spy pixels if Apple presents the privacy dangers as clearly and as honestly as weve done in HEY. Apple already showed that with their drive to block unique ad identifiers for cross-app tracking in iOS 14.5: 96% of users in the US have declined to let apps track them like that! And email spy pixels are far worse and much creepier.

Lets stipulate a few things up front. One, most people still dont know that these spy pixels exist. Two, if they did, most people probably wouldnt allow them if given the choice. Three, the majority of these spy pixels are used for marketing purposes efforts to target you better for e-commerce. I do not think it is at all irrational to look at the state of affairs the way Apple did, and say to hell with it.

its why people hate advertising and ad companies

At the same time, email-based publishing has been of the few bright spots for journalism in recent years. (Certainly it has been a bright spot for me!) Media companies from Facebook to Twitter to the New York Times are now investing heavily in newsletter strategies; new email-based publishers are popping up seemingly every week. Much of this has come in the wake of the success of Substack, which I use to publish Platformer (see disclosure).

And so its no surprise that some observers look at Mail Privacy Protection and see a threat. This is another sign that Apples war against targeted advertising isnt just about screwing Facebook, Joshua Benton wrote in Nieman Lab. Theyre also coming for your Substack.

It seems clear that Apples move to cut off granular customer data from email senders will affect the email economy. But after conversations with newsletter writers and media executives today, Im not sure that people doing email-based journalism have all that much to worry about from the shift.

The advertising industry has addicted itself to tracking, prioritizing bottom of the funnel metrics at the expense of great content and creative. Its tragic, said Alex Kantrowitz, author of the free, ad-supported newsletter Big Technology. (He previously covered the industry for Ad Age.) And its why people hate advertising and ad companies.

in this case, it mostly strikes me as a false alarm

Kantrowitz told me that his ad inventory was sold out for the first half of the year, thanks to a premium audience he identified not by pixel-based tracking but by a good old-fashioned reader survey. (The Markup, too, has used reader surveys to build a picture of its user base.)

Pixel blocking makes placements like this more valuable and gives quality email newsletters a leg up on the junk clogging most peoples inboxes, Kantrowitz said.

For ad-based newsletters, then, Mail Privacy Protection is likely to spur publishers to find other ways to understand their audiences. But what about paid newsletters, like the one this column is syndicated from?

Apples move may affect reader-supported newsletters even less, publishing industry executives told me today. Writers can triangulate reader engagement by plenty of metrics that are still available to them, including the views their stories get on the web, the overall growth of their mailing list, and most meaningful of all the growth of their revenue.

The media business changes so quickly that I dont find it at all irrational to read about a move like the one Apple made this week and assume it will be bad for journalism. But in this case, it mostly strikes me as a false alarm. There are any number of changes that major email providers including Apple, Google, and Microsoft could make that would make life more difficult for newsletter-based businesses. In the end, though, I dont think blocking spy pixels is one of them.

All that said, I cant end without pointing out the ways in which Apple itself benefits from cracking down on email data collection. The first one is obvious: it further burnishes the companys privacy credentials, part of an ongoing and incredibly successful public-relations campaign to build user trust during a time of collapsing faith in institutions.

And what of creators who want to move away from the ad model?

Taken together, the numerous iOS 15 features focused on user privacy combine to place more pressure on the digital ad ecosystem. Perhaps most notably, Private Relay available to paying subscribers of Apples iCloud+ service will encrypt all traffic leaving a users device, making them harder for advertisers to track.

One of my more cynical friends views all this as a way to funnel more businesses to building apps, offering in-app purchases, and promoting them with Apples advertising products. Marketing emails not working as well as they used to? Sounds like its time to buy some keywords in the App Store!

And what of creators who want to move away from the ad model? Apple will be there, ready and waiting to take a 30 percent cut of Twitter Super Follows, paid podcasts, and ticketed Facebook events.

Its sometimes said that Amazons ultimate goal is to take a cut of all economic activity. Looking at Apples privacy moves this week, Im mostly willing to take them at face value as a necessary counter-balance to the inexorable rise of tracking technologies around the web. But it also seems clear that the value to Apple goes far beyond customer satisfaction and as its revenues from ads and in-app purchases grow, wed do well to keep an eye on how its policies are gradually reshaping the economy.

This column was co-published with Platformer, a daily newsletter about Big Tech and democracy. 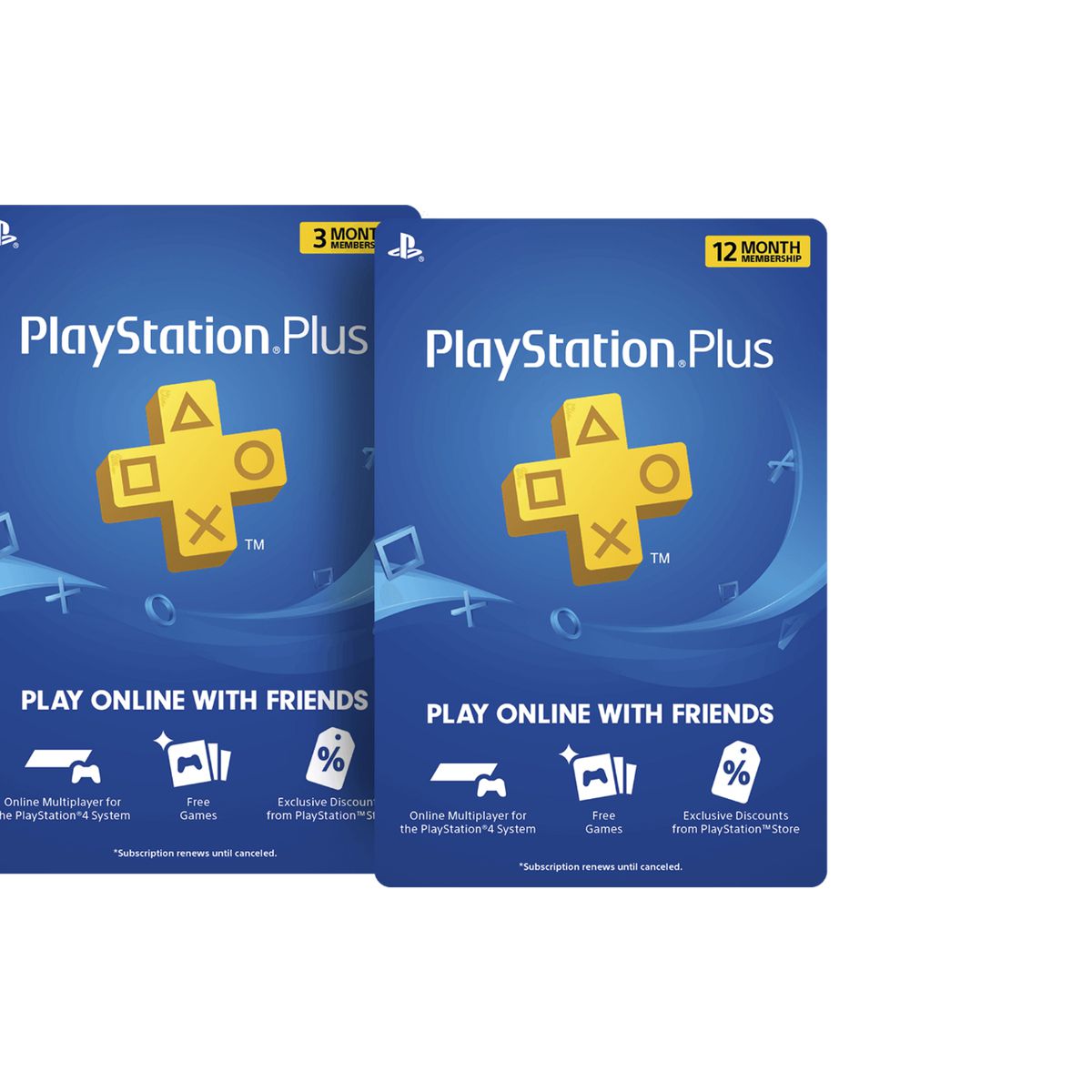