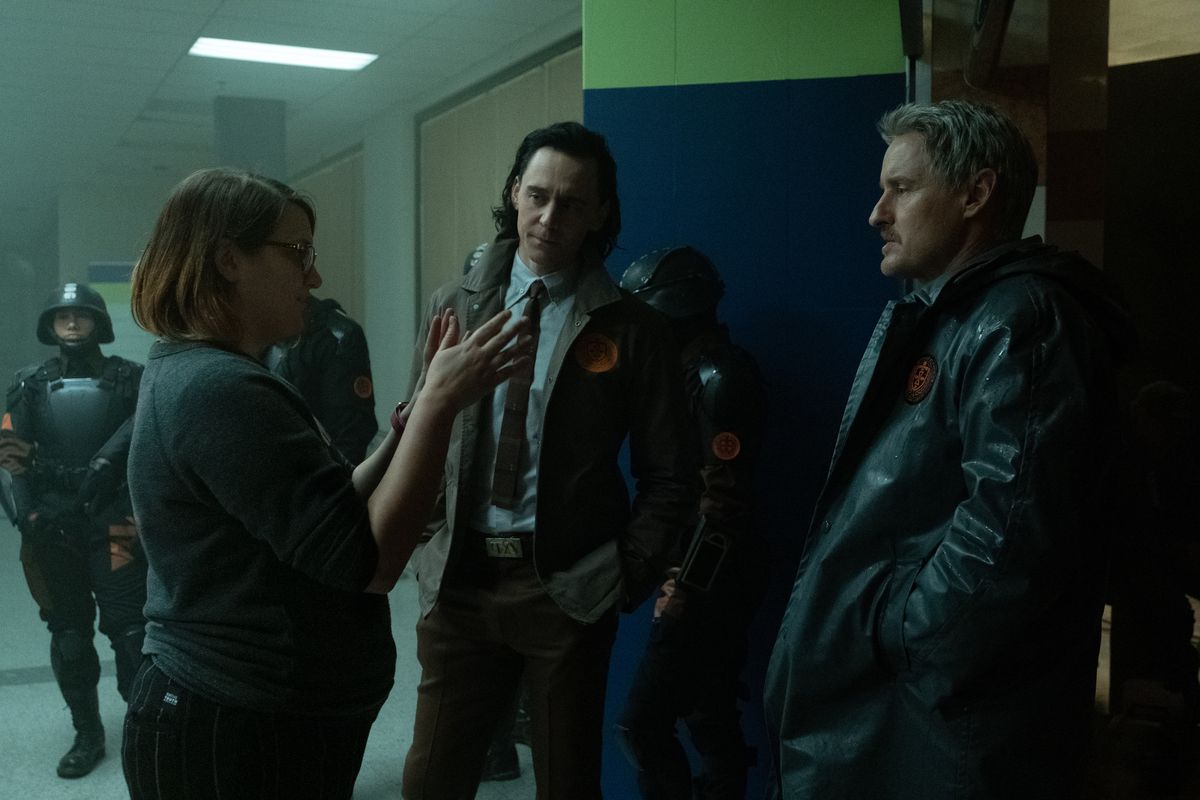 
Before she got her start working on TV shows like Sex Education, Kate Herrons career involved temping at a lot of offices. So when she was given the chance to direct Loki, a new Disney Plus series that follows a bureaucratic organization called the TVA that controls time, she knew exactly the vibe she was going for. She describes the style as Mad Men meets brutalist architecture with plenty of sci-fi influences. And it was her previous career that helped inspire some of those aesthetics.

I took a lot of experience as well from my own life as an office temp, I worked in a lot of offices before I got my first film job, she tells The Verge. It actually inspired the style of tech. I remember the computers I used to work on were really archaic and really old. But I was working for these big institutions, and they were like, Well, were not going to update them because theyre not broken. I like the idea that this organization thats controlling time, they maybe wouldnt have the most futuristic technology. But it works, so why are they going to change it?

Herron describes working on Loki as a dream, the kind of project shes long aspired to take on. I always wanted to direct stories that are big scale and fantastical worlds, she explains. She also happens to be a big Loki fan. I just wanted to be part of whatever this characters next chapter was going to be and see what they were going to do with him. So I pursued Marvel very heavily, I would say, for this job. I was very keen, Herron says.

Part of that involved creating a giant pitch document, which featured all kinds of details: playlists, character ideas, and lots of visual references, like pictures of stark, brutalist buildings. There was a lot of reference material. Its this big love letter to sci-fi, she says of Loki. But with the TVA specifically, you can see Hitchhikers Guide, Metropolis, Brazil, Blade Runner. We pulled from a lot of different places.

One of the main goals, she says, was to make the TVA feel like a real organization. This despite the fact that its a group that exists outside of time and space and works for a trio of god-like creatures called the Time Keepers who control the flow of time. We wanted to make the TVA feel as grounded and real as possible, even though its obviously operating in a very fantastical space, she says. The office features simple desks and a soulless cafeteria, and TVA agents use retrofuturistic computers that look like the iMacs long-lost ancestor.

One of the more memorable gadgets is called a tempad. Seemingly everyone at the TVA carries around the smartphone-like device, which looks a bit like a cross between a Famicom and an iPhone, with an interface reminiscent of classic Metal Gear games. I suppose its probably the closest thing to our phones that they have, Herron says. It does everything for them. Im a gamer, and the interface was definitely inspired by SNES games and also the old Game Boy Camera. I think it was fun taking these different ideas and putting them into this one bit of technology.

All of this production design gives Loki a unique aesthetic, particularly compared to other stories in the MCU. But it was also important for giving the show its sense of humor. Just like in movies like Men in Black or shows like The Good Place, theres something inherently funny in the contrast of a strict, bureaucratic organization dedicated to something outlandish like aliens or the afterlife. The same goes for Loki and the TVA.

Good comedy writing is always coming from truth, Herron explains. Hitchhikers Guide did that so well. Were like a fish out of water with Arthur, but the behavior in the people well, not people, the aliens he meets could feel like someone on earth. I remember in Men in Black, theres a coffee room, a tiny little room where they have their coffee break. In the offices I worked in, yeah, there were rooms like that. I think that was really key for me with the TVA, giving its own sense of style, but also at the same time for someone who has been in that office culture, theyll see things in the show, and itll be familiar to them.

Loki debuts on Disney Plus this week, and it marks the third Marvel show on the streaming service. So far, each has had a very distinct vibe, from WandaVisions sitcom pastiche to the grittier Falcon and the Winter Soldier. For Herron, seeing viewers engage with these kinds of shows, particularly the stranger aspects of WandaVision, has been encouraging.

I was happy that the weird was being embraced, she says. Because our show is pretty weird.

Linux: How to Use dpkg to Fix apt When It Breaks

Bango: Digital advertising is not a reliable source of new customers