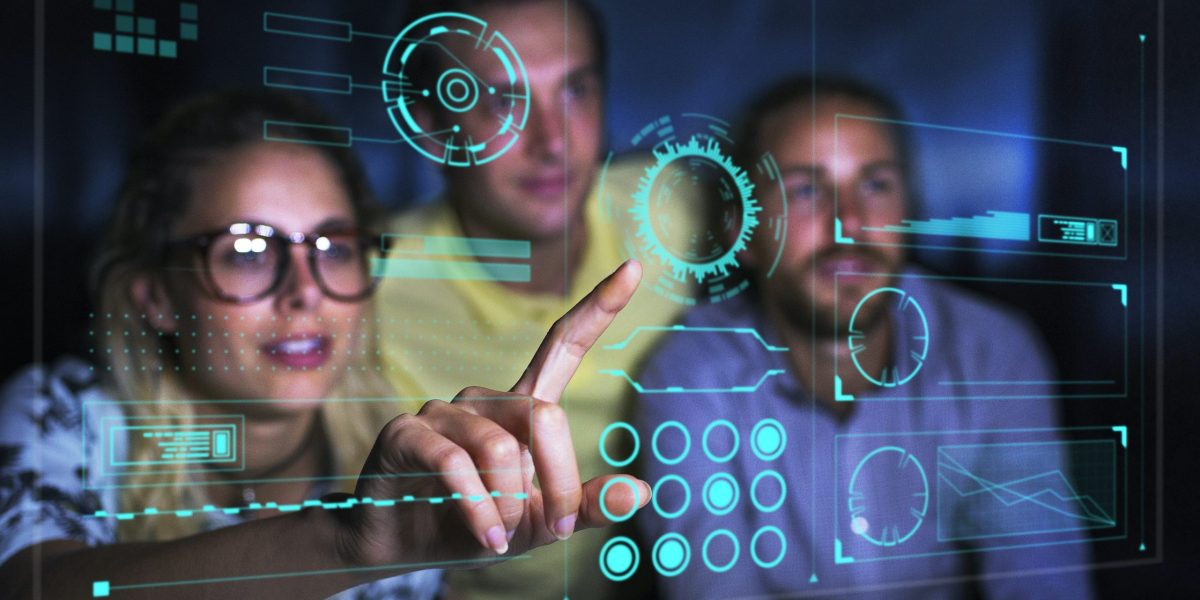 The tech industry has seen a surge of interest in developer relations (DevRel) from both startups and established players. This is largely the result of the challenges marketing teams face when trying to reach developers, a group that has had low confidence in traditional marketing.

To help demystify DevRel, we spoke with Nicolas Dessaigne, cofounder of Algolia and a visiting partner at Y Combinator (YC). Algolia is a search-as-a-service platform founded in 2012 in Paris. As a tool thats sold exclusively to developers, Algolia lives and dies by DevRel, and the company has developed a solid reputation in the field. This growth has attracted significant investor interest, propelling Algolia to unicorn status with $75 million in revenue in 2020.

But it wasnt always easy, and Algolias first application to YC was rejected. The team had an initial product, search on mobile, and compelling technology but lacked a clear market. Our feedback was that we didnt understand our competitive advantage and the initial market wasnt right, Dessaigne said.

So the team had to pivot to offering a SaaS product. It turned out that the requirements for our initial product, which forced us to rebuild search from the ground up, were perfect for the new focus, Dessaigne added.

It also didnt hurt that Algolia had many prominent YC alums as customers, including Michael Seibel of SocialCam and Pebble. On a business development trip to San Francisco, Dessaigne said, our customers were telling us we should reapply. We werent even thinking about it at the time. The second time, it was much easier to get accepted.

Algolia focused on making the product valuable and easier for developers to learn. Classic search tools like Lucene and Elasticsearch are powerful but have a steep learning curve. They are great for enterprises that can make the investment but hard for smaller companies looking to adopt a solution quickly. We were going after the long tail by focusing on building a tool thats easy to use and onboarding thats easy for the developer, Dessaigne said.

The team also innovated on the core search engine. While traditional search engines focus on features like word count to rank search results, Algolias search relies heavily on metadata. If you have an ecommerce site and a customer is searching for an iPhone, they dont want the product that said iPhone the largest number of times in the description. They want the one that has the most sales or the largest number of likes, Dessaigne explained. Similarly, if you have a video search and you type B, we could tell you that you are looking for Bridgerton because thats whats trending right now. By making it easy for developers to leverage this metadata, Algolia was able to quickly provide an engineering team with magical results nearly out of the box.

Traditional marketing often struggles to reach developers. But Dessaigne and his early team had a key advantage as developers themselves. We were customers of these tools, he explained. Our goal was to reach out to developers wherever they are, and it was easy for us to understand them. One of their earliest succeses was powering the search feature for Hacker News, a popular news website for developers. They also made their product free for popular open source projects, including webpack, Babel, Scala, and OpenStreetMap. All these searches come with a Powered by Algolia moniker and the companys logo, showcasing the power of its tool in real time and providing instant brand recognition.

Not building the DevRel team

Reflecting on his experience building Algolia, Dessaigne credits not building a DevRel team too early as one of the keys to success. Since its founding and until it had more than 100 employees, Algolia relied on its core developers to be evangelists for the product. Once you build a formal DevRel team, engineers start to think it is no longer their job to evangelize the product, Dessaigne said. We wanted to keep them active and engaged in the community as much as possible.

This comes with many challenges. Many developers (and non-developers) may not enjoy public speaking or other public-facing activities associated with evangelism. When I pointed this out, Dessaigne quickly corrected the notion: Developers do not necessarily have to be social to do DevRel.

One of Algolias requirements is that all developers must complete the documentation for any feature they build. From there, its not a big lift to write a blog post about the feature, Dessaigne explained. For eager employees, the company offered a two-day, in-person program to learn public speaking. It helped unlock a number of great speakers, Dessaigne said. One of our developers who went through the program in Paris got so excited about public speaking that she ended up flying from Paris to Silicon Valley to give the keynote address at React Conf 2017.

Not building a customer service team

Listening to customers and understanding their pain points is another significant aspect of developer relations. Dessaigne credits not having a dedicated support team for the first years of operation as a major factor in Algolias success. Since its inception and for quite a long time, engineers have doubled as customer support. It had two advantages, Dessaigne said. First, our customers are developers, and they find it frustrating to speak with customer support representatives who dont understand how to code. With Algolia in the early days, they were speaking to developers. On the employee side, developers usually hate doing level-one support, he added, but when its supporting other developers, they love it.

Having engineers do customer service may seem ridiculous in an era of high developer salaries, but Dessaigne sees it differently: You get a high level of customer empathy when you have to do customer support. We had engineers connecting with customers on a call, realizing that they had discovered a bug, and pushing a fix within an hour. This made the customer happy, the engineers happy, and made our product much better.

DevRel as you grow

Despite Dessaignes best efforts, Algolia could not sustain the engineers as part-time Dev Rel and customer support forever. As Algolia grew, enterprise clients would demand 24-hour customer support, something an engineering team was ill-suited to deliver. But they kept it up for a long time. We hired our first customer support and the dedicated DevRel team at around 150 people, Dessaigne recalled. But we still try to maintain that all-hands-on-deck culture. Engineers are still expected to do one to two days of technical support and contribute to DevRel each month. Maintaining this culture requires support from senior leadership. You need to have the buy-in of the engineering team it has to be part of the expectations for the role, Dessaigne explained. You dont want to make these requirements punitive. It has to be a part of the culture.

When developers are your customers, marketing to them is simultaneously advertising for job candidates. As a bonus, candidates also come pre-acquainted with your product, often having used it as a client.

Algolia used Meetups and hosted regular pre-COVID Tech Lunches at its office. By pairing free fromage with four speakers in rapid succession, Algolia was able to simultaneously nurture the thriving startup culture in Paris and bring that community to its offices. The company settled on a formula: Three of the speakers were from outside the company and one was always from Algolia. We got a lot of great exposure from this, and many great hires, Dessaigne said.

However, would-be DevRel practitioners should take note: DevRel takes a different form in every company and circumstance. Algolia couldnt just copy what other successful startups had done. When the company were founded, Twilio had already created its own playbook, going to hackathons and participating in the community. With Twillos success, everyone was doing hackathons, and developers were soon inundated with opportunities. However, we found that hackathons werent a great investment for us, Dessaigne recalled. They just never worked that well.

Algolias success in DevRel was largely built on deep customer empathy and understanding of customer problems. Empathy may come from employees being the customers themselves or product builders engaging with customers of the product, either through evangelism or tech support. And even as an organization grows and specialization leads to information silos, finding ways to break through those barriers is instrumental to building a product that serves customers and drives sales. AT&T to refocus on 5G as it unloads WarnerMedia 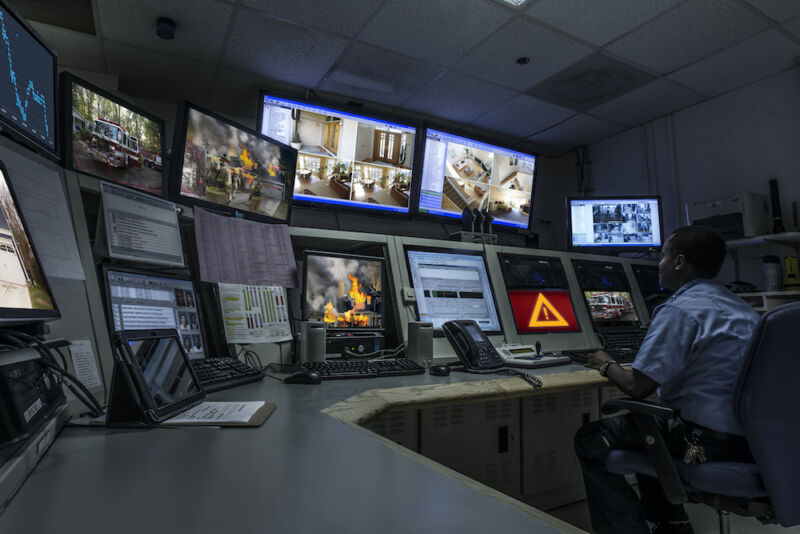 This is not a drill: VMware vuln with 9.8 severity rating is under attack