Welcome back to The TechCrunch Exchange, a weekly startups-and-markets newsletter. Its broadly based on the daily column that appears on Extra Crunch, but free, and made for your weekend reading. Want it in your inbox every Saturday? Sign up here.

A small programming note: The Exchange column and newsletter are off next week (6/14-6/19), returning to regular service 6/21 after I get some sleep and come up with some new ideas! — Alex

The Exchange dug into the mostly bullish IPO market earlier this week, noting that Monday.com and Marqeta put up some pretty big points over the last few days. The unicorn market is looking reasonably healthy, in other words, which itself bodes well for Q3 liquidity.

But today, instead of taking a broader view, I want to niche down to just the Marqeta offering. For fintech companies, the companys successful pricing and strong share-price performance is a welcome result. But how does the company itself feel about its debut?

To get a handle on just that, The Exchange chatted with the companys founder and CEO Jason Gardner after his company priced its IPO and started to trade. To annoy my dear friend and TechCrunch superior Henry Pickavet, well proceed in bullet points so that we can cover lots of ground and stay within word count:

Shares of Marqeta are up another 6% as I write to you Friday afternoon.

Whats up with Embroker?

As The Exchange reported Friday morning, the global insurtech market is more than hot both in the United States and Europe. Evidence of the fact is not hard to find, but one good indication of the insurtech markets present climate is Embrokers $100 million round from earlier in the week.

Embroker is a San Francisco-based insurtech company that sells business insurance. Its products include cyber coverage, business-owner coverage, professional liability and the like. Its perhaps related to Next Insurance, another insurtech provider with a business focus that recently raised a huge round.

The Exchange crew, fascinated as we are by insurtech as a larger category, wanted to get some questions in front of the Embroker crew. Heres a Q&A that was conducted via email. Bolding via TechCrunch. Questions have been gently edited for clarity:

From a high level, are the loss ratios that the business insurance products that Embroker offers better/worse/comparable to those that we are familiar with in, say, consumer auto insurance?

Yes, our loss ratios are substantially better than other insurance products like consumer auto or homeowners insurance. And our loss ratios thus far compare favorably to other established small business commercial carriers.

When the company was negotiating valuation for the new round, did recent insurtech IPOs come into the pricing discussion?

The recent insurtech IPOs have provided valuation benchmarks in the public market, which is great for the space overall. But we didnt use them as direct comps because our loss ratio, retention, and sales and marketing efficiency are all substantially better than other insurtechs currently in the public markets.

We found it interesting that Embroker offers “cyber risk insurance. Given growth in market concerns regarding ransomware, is that product in higher demand than before? And is it as economically lucrative as other insurance lines at the company?

Given the recent number of high profile cyber claims we expect cyber to be a rapidly growing line of insurance both in terms of demand and in terms of pricing. While claims activity will likely continue to rise, our models for cyber have been effective at pricing the risk appropriately and we expect that the investments were making in our platform will allow us to continue to do so.

For startups specifically, we also currently bundle tech E&O and cyber insurance as many founders were under covered by stand alone E&O or cyber policies when it came to these emerging threats.

Finally, were curious what the company’s marketing spend has looked like over time — are you finding similarly efficient S&M avenues as you did when Embroker was smaller?

While weve been growing our marketing spend materially each year, it has actually been decreasing as a percentage of revenue consistently as we get to larger market share within the verticals we target, as that drives significant organic growth for us. For example, we currently insure a large enough percentage of all active U.S. venture-backed companies that so many companies just know to come to us for insurance when they raise funding.

Sure, thats a lot of words. But inside of the bloc are key nuggets. That Embroker considers its economics better than what we can see in most public comps is notable; the fact implies that there is a wider economic spread amongst insurtech companies than we have been led to believe by the few IPOs weve seen.

And that Embroker has operating leverage, at least regarding its S&M spend. That could indicate that the insurtech marketplace is not so crowded as to make intelligent business operations impossible. Surely that terrible turn of events can be solved with a few hundred million more from Tiger and its rivals.

Closing today, on the OKR software beat — more here — Koan reported 82% customer growth this week. For a scrappy player in a crowded market, thats a great result. A startup to watch, I reckon.

Chat with you in around ten days. — Alex 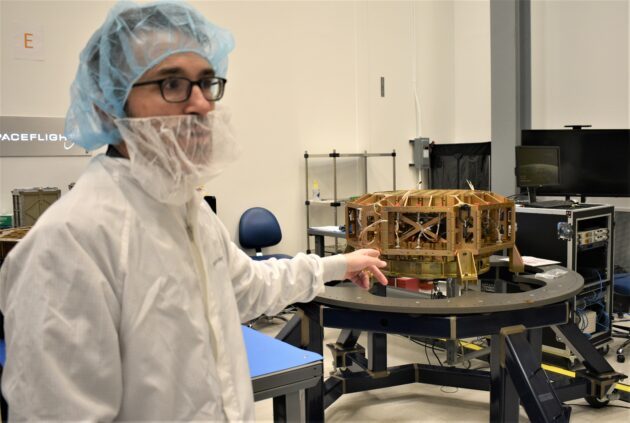 Inside look: Spaceflight ships out Sherpa orbital tugs to give 36 spacecraft a ride