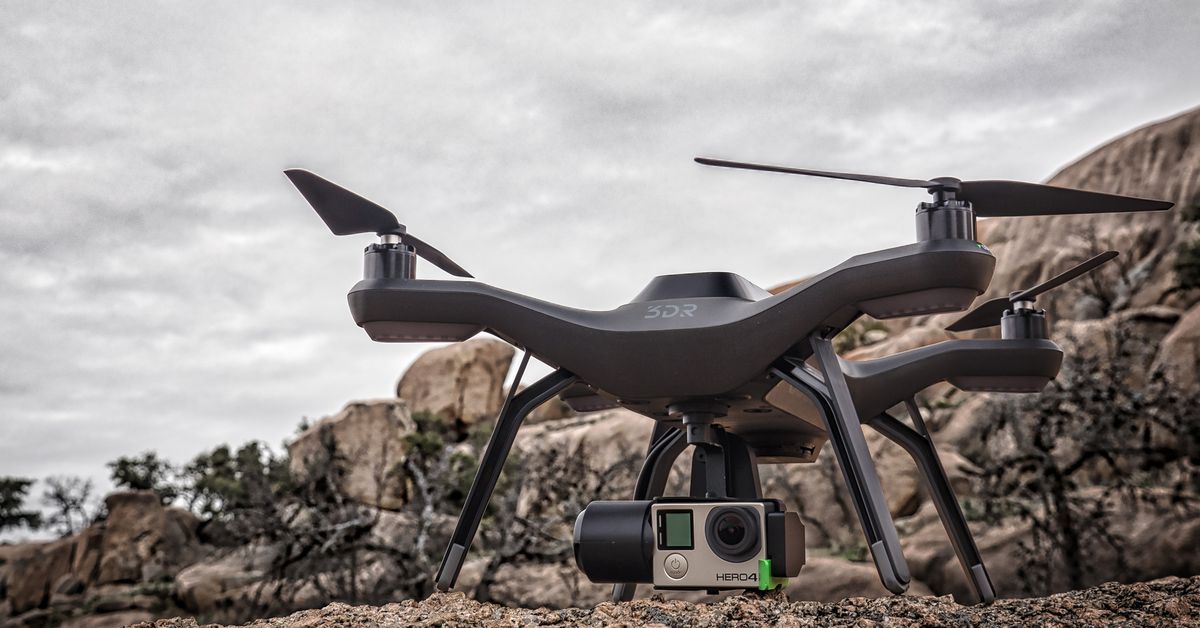 The acquisition was first reported by Forbes, which published a detailed look at the current state of Kitty Hawk and its new focus on developing a remote-piloted electric vertical takeoff and landing (eVTOL) aircraft on Friday.

Kitty Hawk is shifting its focus after recent turmoil

3D Robotics was, for a short while, the lone American company trying to carve out space in the budding consumer drone market against early entrants like Frances Parrot and Chinas DJI. But as DJI began to dominate the market, 3D Robotics abandoned its consumer product (which had autonomous capabilities and was called Solo), laid off some employees, and spent the years since developing software for commercial drones. Late last year, though, the company asked the Federal Aviation Administration to certify a drone for government use that may rely heavily on automation, signaling a lingering interest in hardware.

Some personal/professional news: I’ll be joining @kittyhawkcorp (Larry Page & Sebastian Thrun’s eVTOL company) as COO as part of a 3DR acquisition. The path from drones to remotely-piloted passenger aircraft is becoming increasingly clear, especially from a FAA cert basis…

The path from drones to remotely-piloted passenger aircraft is becoming increasingly clear, especially from a FAA [certification] basis, Anderson tweeted Friday. The two share many similar technologies, from power systems to autopilots, so it will be interesting to see where scaled-up drones & scaled-down traditional aviation meet.

3D Robotics is not the only drone company to work on autonomous technology. Fellow startup Skydio released two versions of its own self-flying camera drone before recently shifting focus to include enterprise and military customers.

Page founded Kitty Hawk in 2015, though the company didnt break cover until 2017. The startups initial focus was around a small personal electric aircraft called the Flyer, which Kitty Hawk said would be so simple to fly that a pilots license wouldnt be required. It even said at the time that a commercial version would be available in late 2017.

Kitty Hawk developed a working prototype of the Flyer and even showed off a much sleeker version the following year. The startup also revealed a second aircraft called Cora in 2018 that it handed off to a joint venture with Boeing. But Kitty Hawk abandoned the Flyer in 2020, laid off dozens of employees, and turned its attention toward a third electric aircraft in development. That aircraft, called Heaviside, looks more like a traditional plane and more closely resembles the vehicles being built by numerous other eVTOL startups like Archer, Joby, and Lilium.

While the plan with Heaviside was originally for it to be piloted, the company is now working toward making it fully autonomous, according to the Forbes report. Thrun reportedly pushed so hard for this change in direction that Kitty Hawk fired the engineer behind the aircraft, Damon Vander Lind, in May after he fought for the original vision. The report also details a number of recent employee departures, including a few engineers who left Kitty Hawk after they believed Vander Lind retaliated against them for raising safety concerns about Heaviside. Google Tries to Save Android Tablets With New Entertainment Space