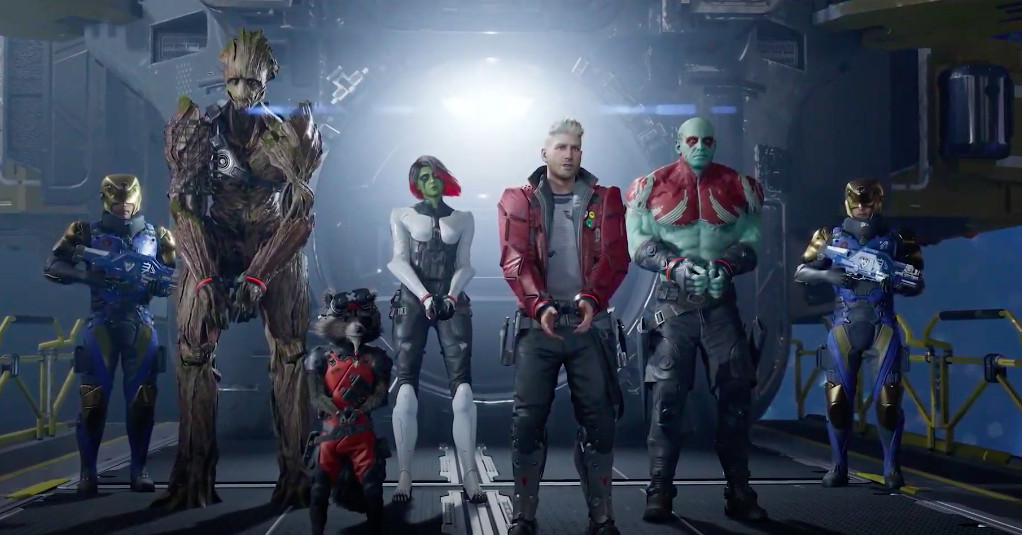 
The team behind the Deus Ex games is tackling one of Marvels most famous superhero groups next. At its E3 2021 keynote, publisher Square Enix revealed that Eidos Montreal, the studio behind games like Deus Ex: Human Revolution, is working on a game titled simply Guardians of the Galaxy.

The game puts players in the role of Star Lord (aka Peter Quill) in a third-person action-adventure experience. In a unique twist, Peter will be joined by the rest of the Guardians at all times, with the likes of Groot and Rocket being AI companions. The story takes place several years after some kind of intergalactic war, when the Guardians are still a relatively fresh group, having been together for less than a year.

Eidos also says that choice will play a large part: as the teams de factor leader, youll have to make decisions that impact the story. During one sequence, for instance, youll have to decide whether to sell Rocket or Groot to some kind of monster collector. (Curiously, the Guardians were previously featured in a choice-based adventure game from Telltale back in 2017.) Early gameplay footage shows a game filled with big shooter battles, colorful worlds, plenty of 80s music, weird alien monsters, sleek starships, and lots of banter.

This isnt Square Enixs first foray into Marvel, as the publisher previously released an Avengers game primarily developed by Crystal Dynamics (Eidos Montreal also assisted on that game). Despite a well-received single-player campaign, the game was saddled with live-service elements and microtransactions that were largely criticized. Guardians of the Galaxy, meanwhile, will be entirely single-player, with no add-on DLC or microtransactions.

Marvel games dont necessarily have the strongest track record, though that has been slowly changing. Most notably, Sony studio Insomniac released an excellent take on Spider-Man, and followed it up with an equally excellent spinoff starring Miles Morales.

Guardians of the Galaxy launches on October 26th for the PC, PS4, PS5, Xbox One, and Xbox Series X.