Amazon Prime Day 2021officially begins on June 21, and Walmart’s “Deals for Days” sale starts one day earlier, but the anticipation for a good Prime Day deal is already very high. Since headphones and earbuds are always near the top of many people’s Prime Day wish lists, we’re monitoring the best deals available now and keeping an eye on price cuts we think might return for Prime Day. Models from Bose, Sony, Sennheiser, Samsung, Beats and others are often well discounted on Prime Day — and the sales aren’t limited to just one type of headphone or earbud, either. You can pick up excellent deals on in-ear, on-ear and over-ear styles, as well as noise-canceling and true-wireless options.

Note that prices and inventory fluctuate frequently, but the “deals available now” were verified as of the most recent publication date. And we’ll of course to update our list of Prime Day headphone deals to keep you informed of the best sales when the Prime Day goes live.

As far as sound, comfort level and build quality, you’d be hard-pressed to do better than Anker’s SoundCore Life Q30 for the money, particularly now that it’s on sale for $60 with a $20-off instant coupon on Amazon (the blue and pink colors cost $10 more). It doesn’t quite have the clarity or bass definition as some of the top premium models, but it’s less than one-third the price of those and gets you 75% of the way there in terms of sound: It’s well-balanced overall with punchy bass, and there’s an app that allows you to tweak the sound. Noise canceling is good for the price, though not at the level of the Sony WH-1000XM4 or Bose Noise Cancelling Headphones 700. Battery life is rated at an impressive 40 hours with USB-C charging.

The only area where the Q30 falls a little short is voice calls. It picks up your voice fine in quieter environments, but it doesn’t reduce background noise all that well.

Compared to the Q20 ($50), the Q30 does offer improved sound (it’s not a huge difference, but it definitely is a notch up) and a more premium design. Anker often offers the Q20 at a $10 discount at Amazon. Eventually, we should see something like that on the Q30.

Sony’s excellent noise-canceling headphones were on sale for $278 during the 2020 holidays. That price returns sporadically, but they’re $298 right now.Read our Sony WH-1000XM4 review.

The AirPods Pro were briefly as low as $169 at Walmart and $170 at Amazon for Black Friday. Now they’ve been pingponging between $190 and $199, with Amazon currently selling them for $197. That’s still $52 belowthe regular Apple Store price.

Unlike their step-up sibling, the Sport Earbuds don’t have active noise canceling or wireless charging and they give an hour less of battery life, at 5 hours instead of 6. While they do stick out from your ears, they’re noticeably smaller and lighter than the QuietComfort Earbuds and their case is about 30% to 40% smaller. It still isn’t as small as the cases for such competitors as the AirPods Pro, Samsung Galaxy Buds Plus, Galaxy Buds Live and Jabra Elite 75t, but it feels reasonably compact.

The Beats Powerbeats Pro (list price $250) earbuds remain a top true-wireless sports model with many of the same features as Apple’s standard AirPods, but in a water-resistant design with better sound. You can get the moss green and lava red options for $160.Read our Beats Powerbeats Pro review.

Samsung’s Galaxy Buds Plus have been out a while, but they remain one of the better true-wireless earbud options for the money, with really good sound, call quality and battery life along with a comfortable fit. They’re a solid value at $110 or $50 off their list price, a deal that’s $10 more than the lowest price we’ve seen for them.

Beats EP is the only wired model we have in this list right now. As long as you’re OK with it being wired (some people want that), the EP is actually a really good set of on-ear headphones that’s well-built with a sturdy metal headband. It’s one of the more comfortable sets of on-ear headphones and is available in several colors.

Anyone looking at these first-gen Pixel Buds should note that the new Pixel Buds A-Series were just announced, and are a great deal at just $99. But if you want extras like wireless charging, wind reduction and swipe controls for volume, it’s worth spending the extra $30 on these step-up models (that’s still $50 off the list price). This second-generation model has improved over time with some firmware upgrades and is a good set of true-wireless earbuds, particularly for owners of Google’s Pixel smartphones.Read our Pixel Buds review.

Bose’s flagship noise-canceling headphones have been selling for $380 after starting out with a list price of $400, but you can now pick them up for $329 (the white version has been as low as $299 recently). The Sony WH-1000XM4 headphones are on sale for $278, but if you had your eye on this Bose model, this is a decent price. Read our Bose Noise Cancelling 700 review.

This is the lowest price we’ve seen for Sony’s true-wireless noise-canceling sports model, the WF-SP800N earbuds. Funnily enough, I wrote at the end of my mostly positive review that I’d like to see them more in the $160-$175 range. Well, in blue, they’re down to $98.

These aren’t quite the WF-1000XM3 earbuds with a water-resistant body — they’re missing Sony’s QN1e processor — but there’s still a lot to like about them, including excellent sound, solid noise cancellation and good call quality. They’re definitely a significant upgrade over theWF-SP700Nmodel, which came out in 2018, and their “arcs” (sports fins) lock the buds in your ears. Just make sure you get a tight seal from one of the included sets of ear tips or else both the sound and noise canceling will be lackluster.Read our Sony WF-SP800N review.

Samsung’s long-awaited active noise-canceling earbuds were released early this year for $200 and are now on sale at Woot for $140 for a limited time, and $170 at other retailers like Amazon and Best Buy for $170. (Yes, the Buds Live also have noise canceling, but it’s pretty modest.) I’ve been mostly impressed, particularly with the sound quality and call quality, and there are some nice bonus features, including an improved ambient noise mode with voice detection. There’s also a virtual surround feature that currently only works with the new Galaxy S21 models, but will slowly trickle out to other Galaxy devices. The noise canceling is also effective if you get a tight seal from the included ear tips. That said, just how good you think they are will ultimately depend on how well they fit your ears.Read our Samsung Galaxy Buds Pro review.

The Beats Solo Pro are really good on-ear noise-canceling headphones. The only issue is they’re overpriced at $300. Woot had them for the best price we’ve seen to date — $135 to $140 — earlier in June, but now they’re just a bit more at Amazon.Read our Beats Solo Pro review.

1More’s ComfoBuds Pro have previously dropped to $80, but right now, they’re $85 at Amazon if you “clip” the virtual $10 coupon. If you get a tight seal (three different sized ear tips are included), not only do these sound good but they also perform well as a headset for making calls, with three microphones in each earbud. There’s a touch of presence boost in the treble and the bass packs a good punch, which gives these a dynamic sound profile (they’re not laid back) and they play loud for those looking for that.

You can toggle between two levels of noise cancellation (as well as “off”) using the touch controls — and there’s a pass-through transparency mode and a wind noise-reduction mode. You can also toggle through all of those modes using the companion app for iOS and Android. Battery life is rated at 6 hours with noise canceling on and 8 hours with it off. The earbuds are IPX4 rated for water-resistance, which means they’re splashproof (same as the AirPods Pro).

In short, if you don’t want to spend $200 or so on the AirPods Pro, the 1More ComfoBuds Pro is a good budget alternative. Note that 1More also makes an open version of the ComfoBuds (see below), which is similar to the standard AirPods and costs around $50. This Pro version is better.

While I had an issue with the included ear tips and had to use some other tips (it’s crucial to get a tight seal or both noise canceling and sound quality will suffer), they should fit most people comfortably. Sound quality is better than Anker’s earlier Liberty Air 2 and the noise canceling is effective. These also work well as a headset for making calls and are available in multiple color options.

They were on sale for $100 for a few days when they launched. That price has returned when you clip the instant $30-off coupon on Amazon.Read our Anker Soundcore Liberty Air 2 Pro review.

Released in early 2020, Amazon’sEcho Budsweren’t as exciting as I hoped they might be, but I found a lot to like about them — and a few things they could do better. Now Amazon has unveiled “all-new” second-generation Echo Buds that feature a smaller design, improved sound and noise canceling, as well as better voice-calling performance, according to the company. (I have not tried them yet but will soon).

Unlike some Amazon devices that receive small upgrades, most of them internal, these new Echo Buds are indeed completely new. While they’re now available at the same list price ($120) as the originals, Amazon was offering them for the preorder discounted price of $100 before they first shipped in May, along with a version with a wireless charging case costing $20 more.

The original Echo Buds’ price dipped to as low as $80 before being discontinued.

Samsung’s Galaxy Buds Live earbuds came out last summer. For Cyber Monday 2020, they were $60 off at Woot and now they’re back to $40 off at Amazon. I rated them highly, although the noise canceling is relatively light. A word of warning: While they fit my ears well, due to their beanlike shape, they won’t work for everybody. Read our Galaxy Buds Live review.

Be the first to know the newest hot deals from CNET. 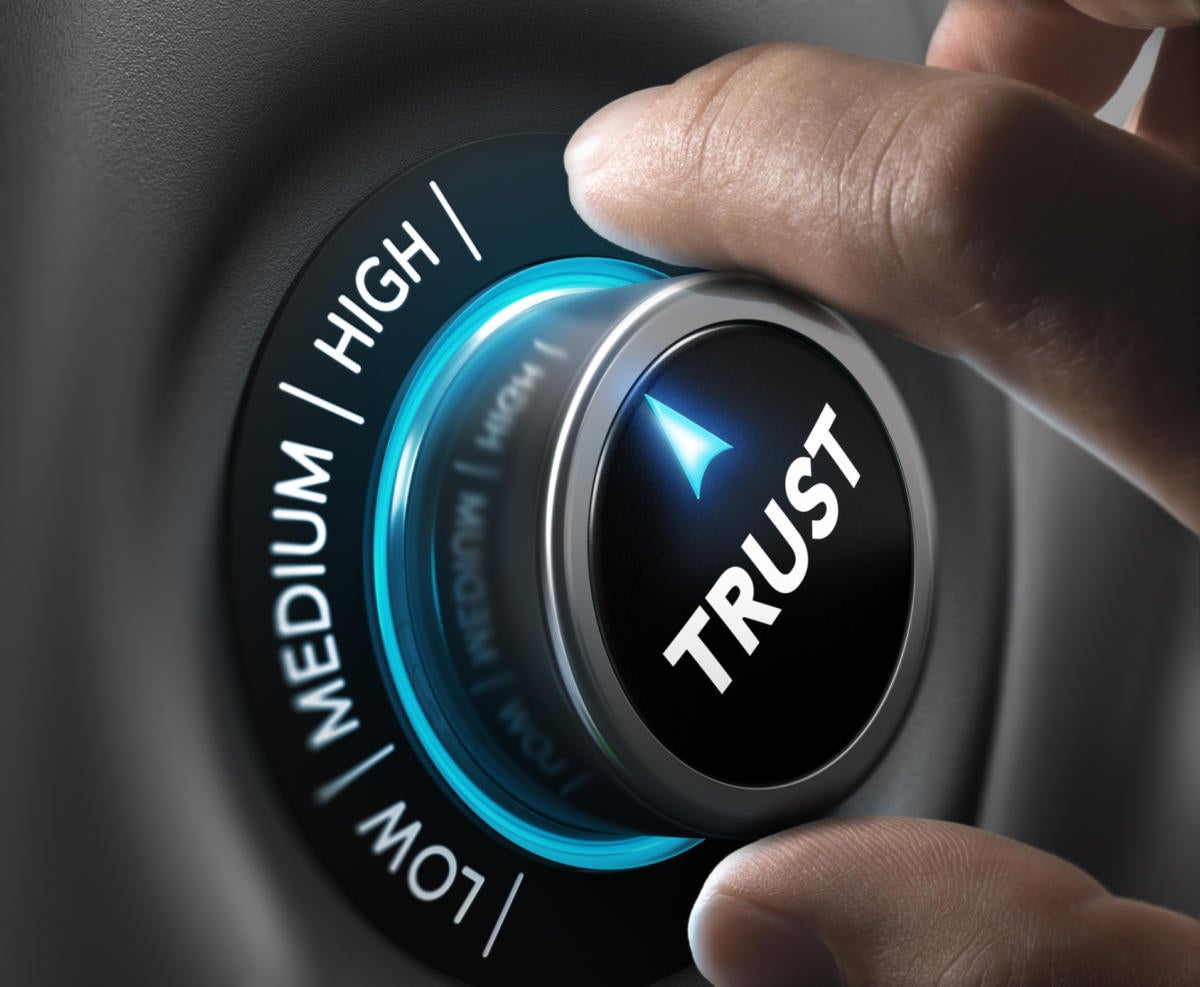 Ahead of Android 12, Google Rolls Out Starred Messages, Better Emoji, and More