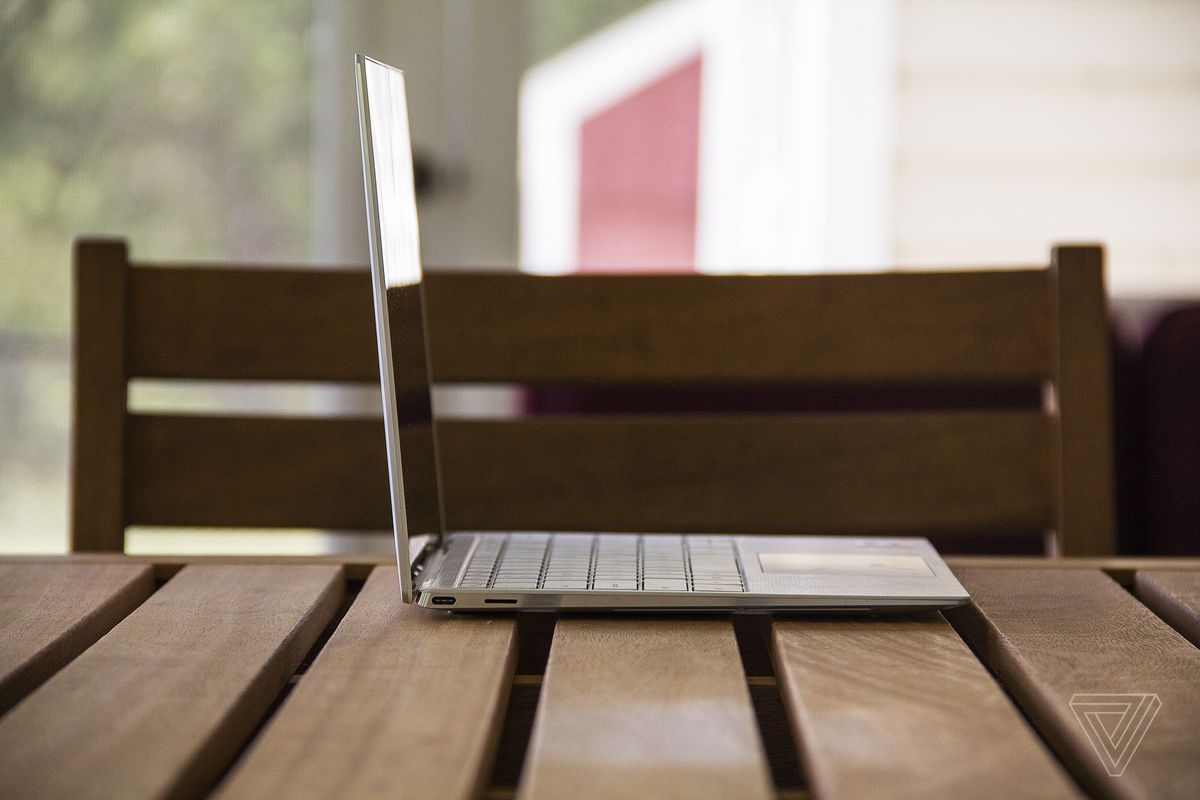 
If youve been waiting for a 13-inch laptop with the best display technology out there, Dell now has an option for you. Dell has finally released an OLED version of its XPS 13, and Im typing this review on it right now.

The test unit I was sent has a Core i7-1185G7, 16GB of RAM, and 512GB of storage. The OLED configuration costs exactly the same as an identically specced non-OLED 4K model ($1,699.99), and $300 more than an identically specced FHD touchscreen model. Nothing else about this XPS is new: it has the same thin and light build, the same tiny bezels and webcam, the same glass-fiber palm rests, and the same 16:10 aspect ratio as the past couple Dell XPS 13s Ive reviewed. So the considerations here really come down to how much you need an OLED screen and what youre willing to sacrifice for it.

The display itself is great. Its a 3.5K (3456 x 2160) panel with a claimed 100,000:1 contrast ratio. It maxed out our colorimeter, covering 100 percent of the DCI-P3 color gamut. Its not as bright as the FHD model but is still plenty bright, maxing out at 369 nits. I had no problem using the device outside and was usually using it below 30 percent brightness while indoors. Numbers aside, it delivers a really gorgeous picture with bright and vibrant colors and sharp details.

The downside, of course, is that there is some battery life impact. I havent reviewed the 4K Dell XPS 13, so I cant speak to that units longevity. But compared to the FHD model I reviewed, the OLED model struggles on the battery life front.

Battery life, for context, has been a huge selling point of other XPS 13 models. I averaged nine hours and 15 minutes using the FHD model as my primary work driver around 200 nits of brightness. With the OLED model, I was getting about five hours from the same workload at the same brightness.

Thats… well, thats a big gap. And it should be a serious consideration if youre thinking of purchasing this device. After all, the FHD display is still pretty darn good. The blacks on my review unit werent as deep as they were on this OLED panel, but the picture it delivered was still fantastic and not something my un-artistic eyes had any problems with. (On the other hand, the non-OLED 4K display also doesnt seem to have great battery life, per other reviews. So the OLED is more competitive with that model, especially since its the same price.)

For that reason, I would still recommend that most people go for the FHD XPS 13 over the OLED model. Five hours is not great battery life, but its especially not great for an ultraportable laptop this close to the $2,000 mark. Its certainly a dealbreaker for me, even if everything else about a laptop is perfect. It means Id have to have this thing plugged in multiple times a day, even though one of its primary benefits is supposed to be that its light enough to carry around wherever. I want.

Meanwhile, as nice as the OLED screen is, I cant imagine itll make a huge quality-of-life difference to all but the most discerning of viewers. It certainly shouldnt be a big enough difference to outweigh a $300 premium and a four-hour hit to battery life. If youre someone for whom the OLED is worth the price, you probably know who you are.