Metroid. Elden Ring. Forza. Zelda. Avatar. Wario! The first all-virtualE3has wrapped, and there were plenty of big reveals and announcements. Yes, PS5 and Xbox Series X|S consoles are still hard to find, but the bounty is looking better than ever for those who manage to get one — and Nintendo Switch owners have much to look forward to, too.

The major festivities started Thursday with Summer Game Fest, where Elden Ring was shown off, and finished Tuesday with Nintendo Direct, during which we got more than a glimpse ofThe Legend of Zelda: Breath of the Wild 2. There was plenty of good stuff in between though, much of which will make 2021 a much more exciting year for gaming than it seemed it would be.

E3 surprises live longest in my memory, and Nintendo’s Metroid Dread announcement ticks all the boxes.

It revives an underserved series I’m obsessed with. It was a genuine surprise. In our wildest dreams we hoped for a Metroid Prime 4 appearance, but no one considered that Nintendo might have a different Metroid game in development.

And then there’s that release date: October 2021! It’s so close. It reminds me of the E3 when Nintendo surprised everyone with A Link Between Worlds, a brand-new Zelda featuring that Super Nintendo, early ’90s aesthetic. That game ruled, and everything I’ve seen of Metroid Dread also seems to rule. Much like A Link Between Worlds, it captures nostalgia but seems determined to push forward, smashing tradition and boundaries.

It preserves the atmosphere of Metroid — the unique, slick movement — but is also brave enough to experiment with new high concepts, switching seamlessly from 2D to 3D. It seems to have a lot in common with another game heavily inspired by Super Metroid: 2009’s Shadow Complex. That’s a good thing.

Also the developers, Mercury Steam Entertainment, produced the dramatically underrated Metroid: Samus Returns back in 2017. That will no doubt have prepared them for the arduous task of creating a game like Metroid Dread. Can’t wait.

Look, I backed Psychonauts 2 the literal second it was announced as a crowdfunding effort back in late 2015. That is not a typo. I’ve been waiting patiently for the sequel to one of my favorite games of all time, and now, almost 6 years after Tim Schafer announced it at The Game Awards, it’s almost here.

Raz and the Psychonauts gang are all back, and they’ve never looked better. It really seems like Microsoft’s acquisition of Double Fine gave the development team the time (and funds) to be able to make the game without any major compromises, and it shows — the trailer that dropped during the Xbox/Bethesda Game Showcase overflowed with the same weird whimsy that made the original a cult classic.

If you’re a Psychonauts fan, you’re already hype. If you haven’t had the pleasure of joining up with the best psychic agents in the business, get ready for a massive infusion of platforming joy. August can’t come soon enough!

The trailer for The Outer Worlds 2 got me. Don’t get me wrong; I would’ve played the game anyway. The original’s alternate history lore is very much my thing, and it was a game big on charm. But the trailer for its sequel — cutting through the tropes of video game marketing and seemingly leaning into the fact that the game is early in development, as evidenced by its lack of a release window — makes me hope it’ll take The Outer World’s formula and make it more quirky and different.

And if there’s one thing video games need, it’sdifferent.

Maybe it’s because I’ve been to so many E3 shows, starting in 1999 (yes, the same year Moonbase Alpha broke free of Earth’s orbit), but this all-virtual show felt very light on gameplay. I saw a lot of pre-rendered trailer footage with a lot of painfully vague voiceovers, but much less of what actual games will look and play like. In its in-person incarnation, at least a few big games would’ve been playable, even if only for a limited audience.

That said, I’m a sucker for a bold visual style that doesn’t feel like it’s reusing the same playbook as everyone else.Replaced, the pixel-art adventure/platformer set in an alternate 1980s scratched that itch for me.

I’d already forgotten that The Outer Worlds 2 was announced at E3, but thanks to my CNET colleague Dan Van Boom for reminding me, because it jumps to the top of my list, too. The original was an underrated classic of great writing and design, and it was one of the pandemic games I returned to for a few dozen extra hours.

I’ll give the big-budget action game nod toStalker 2, actually the fourth game in the series. I love the series’ dark themes, multiple endings and mysterious air. But more than that, it shares an inescapable connection with the amazing1979 Russian film of the same name(itself based on a 1972 Russian novel, Roadside Picnic), with a lot of the same themes, though without the shooting and monsters. In the film, directed by Andrei Tarkovsky (same guy who directed Solaris), a Stalker explores an enigmatic, radiation-filled landscape in search of a powerful secret at its center. I love that, despite feeling very different, the games and film share some central themes, and it gives it this great depth lurking underneath the surface.

There was something magical about watching Elden Ring. It’s been years since there was any proper footage of the game and just a slew of events where I was hoping to hear something about it. Then came the Summer Game Fest Kick-Off, and there it was.

As a fan of FromSoftware games, I was trying to grasp every little detail in that video. From how the hero, called the Tarnished, moved in battle to the spirit horse he can summon that can shoot up mountains, the trailer purposely contains subtle hints fans can dissect.

It’s also astonishing to see a Soulsborne game in an open world. Previous titles have players trek across a vast land, but everything is confined. It looks like FromSoftware is serving up an experience fans have longed for, by letting players traverse a landscape without many walls to keep us in.

And then, finally, from the enemies to the story, you can feel George R.R. Martin’s essence oozing from it. There’s talk about lords and kings with one boss who has dozens of hands attached to him, giving an ominous, disturbing look. This could be the game that finally puts FromSoftware and director Hidetaka Miyezaki among the upper echelon of video game creators.

All the big AAA titles generate the most buzz out of E3 and rightly so: Metroid is coming in October! Elden Ring has a big monster with a bell on its gut and looks incredible! Starfield is Fallout Scrolls in Space and will dominate November 2022! But Digital E3 has helped garner a lot more airtime for unique indie titles that used to get swamped by Reggie Fils-Aime memes and Keanu cameos.

What I really loved about E3 2021 was seeing a number of indie developers revealing legitimately beautiful video games. Death’s Door looks to be Exactly My Shit. It has a Hades/isometric Zelda feel about it and is about a Crow, an animal near and dear to my heart. It’s only a month away from release, so the hype train has well and truly left the station for me.

Then there’s Replaced, which appeared in Xbox’s showcase and was a total surprise. Its pixel art neon dystopia places it among the most visually stunning games from the show. Planet of Lana comes in just behind it. Somerville’s reveal trailer introduced a world that I’m extremely excited to visit. It’s another dystopia/catastrophe type video game, but the trailer hints that it’ll be a little deeper than “Survive.” And then you have Sable, a gorgeous open-world title clearly inspired by Breath of the Wild, with an art style all its own. It looks like a comic book set on a Star Wars sand planet.

E3, at its best, is a window: It provides a glimpse into the future. This year, that ethos has best been portrayed by enchanting and ambitious indie titles.

WarioWare: Get It Together

Let’s be clear here: The weirder Nintendo gets, the better. Nintendo dips into its strange-gaming well every once in a while, not nearly enough for my taste. Games like Rhythm Heaven andWarioWareare my favorites. I love surprises. I love the unexpected.

Nintendo’s Switch-exclusive new WarioWare game coming this fall is an instant-play for me, because it looks like the sort of wacky, quick-reflex and short-attention-span stuff that makes me happiest. No complicated RPG storylines, and no weapon trees to upgrade.

WarioWare: Get It Together is also two-player-focused, and looks to have the collaborative/competitive vibe that made games like Snipperclips and even1-2 Switchcharming. Yes, I said 1-2 Switch is charming. Nintendo was onto something with that board game-like multiplayer launch title, even if its execution was mixed. Iplay Switch games with my family, and have been desperate for more instant and fun experiences. WarioWare looks like it could be that game.

Am I piling too many expectations on WarioWare? Absolutely. But the more weird games Nintendo pitches out there on the Switch, the greater the chances that at least a few will be amazing. I’d rather have a bunch of experiments than a few well-crafted and utterly predictable studio creations. WarioWare, my body is ready.

The Legend of Zelda: Breath of the Wild 2

With a vague “2022” release window, this one might be a while away, but I’m not too bothered. I have no doubt that the Breath of the Wild sequel is going to be another rich Zelda adventure that’ll stick with me forever. The trailer makes it seem like Link will be taking to Hyrule’s skies and floating islands (convenient that 2011’s Skyward Sword is getting a Switch rerelease next month) and we get hints of new repelling and warping powers. Yes please.

And I’m sure Metroid Dread will fill some of the months of waiting wonderfully.

Sleepy coastal towns with dark secrets! Vampire cults! Hot people with telekinesis and creepy crows! It’s like this game was made for me. Of course, I’m well aware that the actual Refall game might not fully live up to the masterpiece that was the cinematic trailer, but it looks incredibly promising. Consider my expectations HIGH. It has charisma, uniqueness, nerve and talent — the likes of which I haven’t seen in a while. Dishonored 1 and 2 are some of my favorite games ever and Prey was ridiculously fun, I can’t wait to see what Arkane Studios does with Redfall. 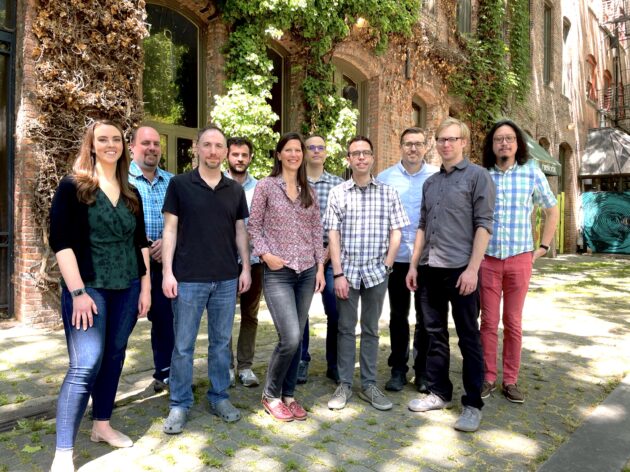