This week we have a wide array of reviews covering everything from gaming laptops to unique synths. First, lets talk earbuds Billy Steele spent some time with Beats new Studio Buds and found them comfortable, Android-friendly and reasonably priced. Next up, Devindra Hardawar put the ASUS ROG Strix G15 Advantage through its paces, ray tracing and all, to see how a machine with both AMD CPU and graphics stacks up against the competition. Nathan Ingraham used the Acer Chromebook Spin 713 to see if the 360-degree, 3:2 display could win him over, and Terrence OBrien had a blast exploring the one-of-a-kind Make Noise Strega synth and spent some hands-on time with the long awaited Elektron Power Handle.

Though the new Studio Buds from Beats have a fresh design, active noise cancelling (ANC), expanded Android support and solid sound quality. But Billy Steele says one of the most important features is the affordable $150 price. The new design is more of a traditional earbud shape in an IPX4 water-resistant housing. While its more comfortable to wear, the slick coating made them a bit of a challenge to handle. Android users now have access to Fast Pair for the first time, as well as Find My Device and some other features that are natively baked into iOS.

Billy liked the sound quality on the Studio Buds, finding them in line with the rest of the companys earbuds: well-tuned with a punchy bass, deep, driving bass lines and depth and presence in acoustic instruments. And the noise canceling blocked out the sounds of a dishwasher, dryer and white noise machine during testing. However, there are drawbacks to the Studio Buds, namely the call quality, which Billy found a bit lackluster. A lot of background noise bled into the call, and he also didnt like the lack of both onboard volume controls and sound customization. Theres also no wireless charging either. But Billy says given the features and the price, you wont be making too many sacrifices with this set of true wireless earbuds.

Terrence OBrien calls the Make Noise Strega synth a strange beast. Indeed, the unusual instrument features a creative array of gold squares and circles with unique titles like activation and tonic. Between that and a manual that claims its not important to understand the device, some people may be turned off in their attempts to experiment with it. However, Terrence says some skeptics would do well to stick with the little steel box of weirdness as its an amazing drone machine, a lo-fi delay and a capable overdrive.

The Strega gets its character from the combination of a multimode filter and lo-fi delay, and gets its heart from a single oscillator that morphs as you turn the Tones knob. Terrence says one of his favorite features is the audio input so it can be used as an effect as well as an instrument. Oh, and the gold shapes on the front arent just decorative theyre touchplates that will give you a tactile way to manipulate your sounds. The whole machine is designed to explore without focusing on the technical details. Though the $599 price is a bit high for a synth with no MIDI, keyboard or sequencer, Terrence says without hesitation that hes having a blast and keeps finding new ways to play it.

Devindra Hardawar wasnt initially impressed by the ASUS ROG Strix G15 Advantage: the blinged-out gaming machine has a flashy yet uninspired design with prominent LEDs and a plastic case. But the combination of AMDs Radeon 6800M with a Ryzen 9 5900HX CPU and a $1,550 entry price was quite persuasive. In benchmarks, the Strix G15 scored higher than the Zephyrus G15 and hit between 85fps and 105fps without ray tracing. While playing Overwatch, Devindra was able to hit between 175fps and 200fps with maxed out 1080p graphics and said the AMD FreeSync technology kept framerates smooth.

However, when he turned ray tracing to medium, the laptop crawled around 45fps. Also, the speedy 300Hz screen on the Strix G15 isnt very bright and didnt do well in outdoor settings where colors looked washed out its much more suited to low-light gameplay in a dark room. Its also heavier than most competing 15-inch notebooks at five pounds. Devindra says it isnt the computer hed use to watch movies or do media creation its clearly a gaming rig and should be used as such. It would be overkill for general productivity work, but any gamer looking for a surprisingly affordable and powerful gaming notebook would be well served.

Our resident Chromebook fan Nathan Ingraham has a strong fondness for a 3:2 display, so he was eager to review the Acer Chromebook Spin 713. With a functional design, the Spin 713 has a sturdy, smooth 360-degree hinge, is two-thirds of an inch thick and weighs a bit over 3 pounds. Thats sizable compared to other Chromebooks, but it provides you with plenty of ports (two USB-C Thunderbolt 4, one HDMI, one headphone jack, one USB-A and a microSD card slot) and a standout 13.5-inch touchscreen. But Nathan says the display is by far his favorite feature of the laptop. The 2,256 x 1,504 resolution screen is bright and sharp and the increased vertical screen space made many of his daily tasks easier.

While Nathan said the keyboard and trackpad were similar to other Acer Chromebooks, he was also quick to point out that the setup on the Spin 713 didnt feel as premium or solid as the other models. That didnt stop him from typing quickly and accurately or from getting smooth and responsive performance out of the trackpad. However, the 360-hinge has a trade-off the location of the speakers, which are on the bottom of the laptop in order to make them more accessible in tablet mode. Also, he was underwhelmed by the sound quality, and the battery life wasnt remarkable either: it lasted about eight hours on a single charge, two hours short of Asuss estimate.

As a fan of Elektrons Model lineup of grooveboxes, Terrence OBrien has been looking forward to the Elektron Power Handle for almost two and a half years. Released in May, the Power Handle is a tube that holds AA batteries and connects to the sides of the instrument to act as both a mobile power source and, well, a handle. It can also fold underneath the device to act as a stand, but Terrence said that leaves it at a shallow angle and attempts to adjust it made the surface less steady. The company says the Power Handle should last between five and seven hours, depending on things like LCD brightness. In Terrences testing, he was able to consistently get four to five hours with the LCD on low.

He also points out that the Power Handle requires an inelegant cord, which comes out of one end of the handle and connects to the five-volt power jack in the machine. On the plus side, a firmware update allows Model grooveboxes to display a small battery level indicator when connected to the Power Handle. The instruments can also register that theyre running on battery power and will add a bootup step to keep the device from accidentally turning on. While the Power Handle is a better solution than what Terrence had been using, he still found himself wondering what took so long and why there wasnt a more cost-effective option available sooner. 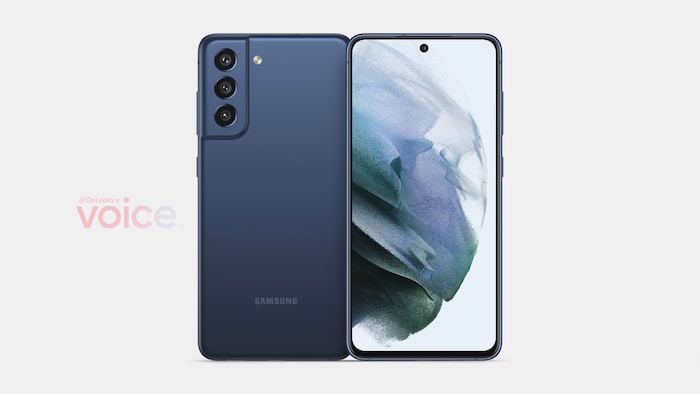 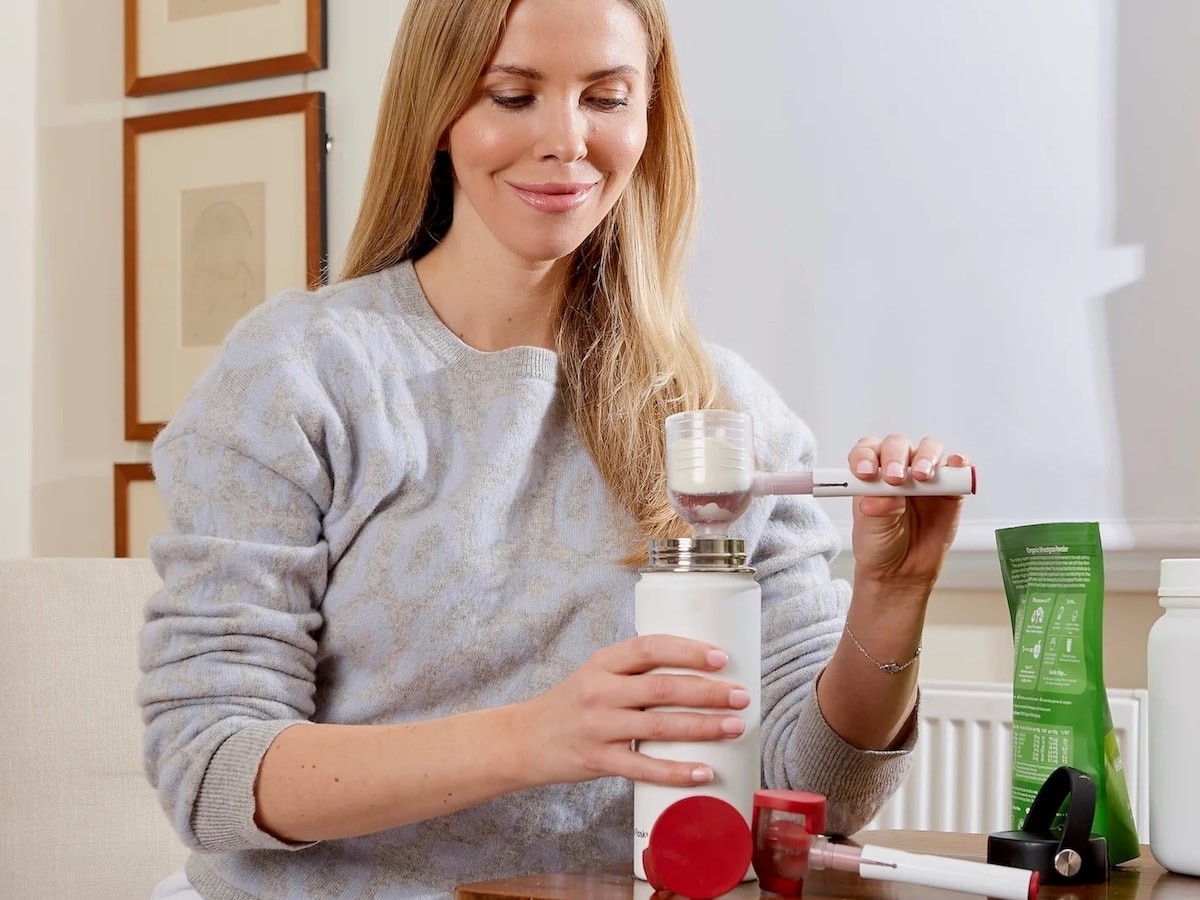